The only apprentice to the legendary Marcelo Barbero, Arcángel Fernández (1931- ) took over his master’s Madrid shop after the older maker’s death in 1956. Fernández produced guitars under the label Viuda (widow) de Marcelo Barbero until opening his own shop in partnership with Manuel Rodriguez (no relation to Miguel Rodriguez) in 1957.

Breaking off with Rodriguez, who subsequently moved to Los Angeles, Fernández took on Barbero’s son as his apprentice, Marcelo Jr., who became a fine guitar maker in his own right. And the great Japanese guitar maker, Masuru Kohno, also spent time in the Arcángel Fernández shop before returning to Japan to launch his own label. The connection between Fernández and Japan’s love affair with the classical guitar is legendary. So highly prized were Fernández’ guitars in Japan that he sold his life’s total guitar production to a Japanese dealer in 1963. Hence the scarcity of his guitars in performance and collections outside of Japan, and the relatively low profile of Maestro Fernández in European and North American guitar circles.

Arcángel Fernández, like his great Madrid influences–Barbero and Santos Hernandez– rejected the more simplistic distinctions between flamenco (cypress) and classical (rosewood, maple) guitars, distinctions that only emerged after WWII. Fernández’ 5-fan bracing pattern is identical in all his guitars, whether rosewood or cypress. Richard Bruné describes this Fernández guitar, #164, with its original frets, varnish and tap plates, as having a full-bodied, deep, operatic sound with great balance and outstanding color.” 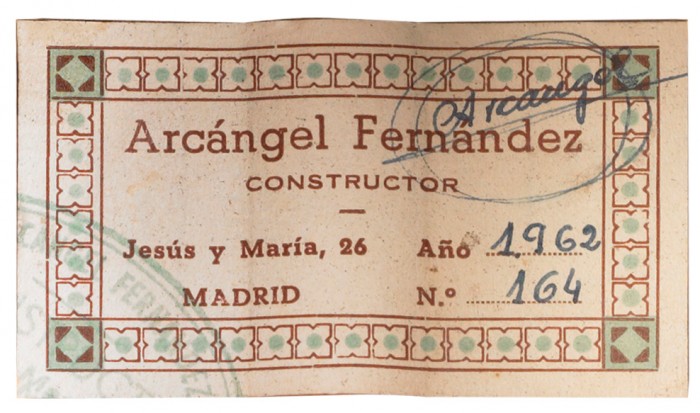 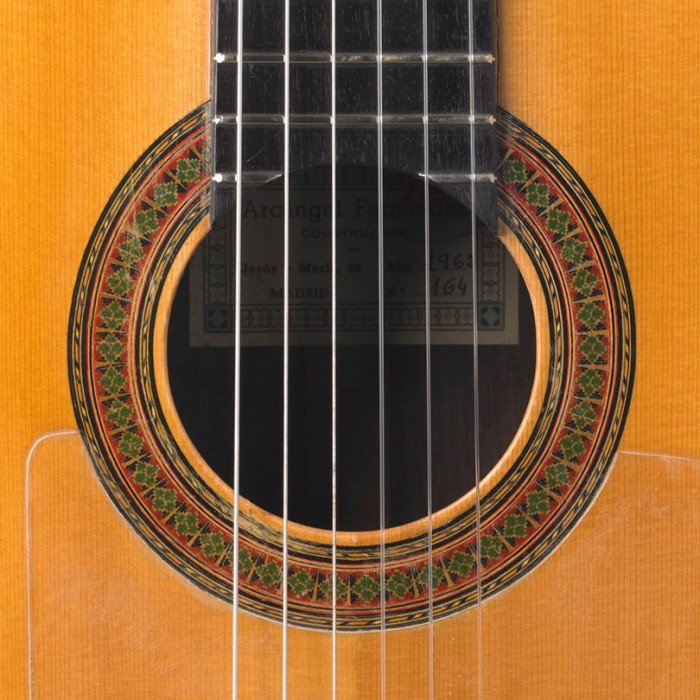 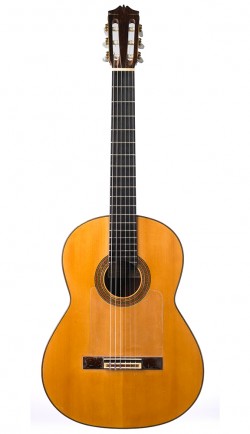 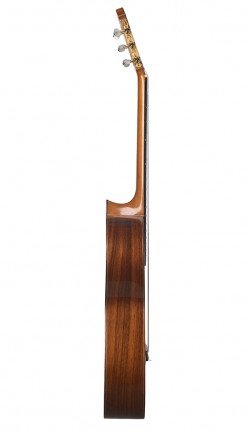 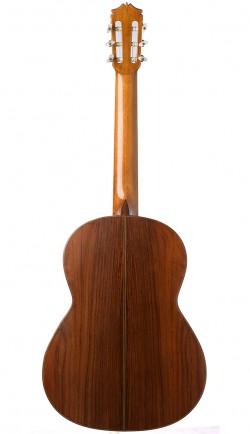