Benito Ferrer (1845-1925) is considered the father of the Granada school of guitarmaking, represented today by Manuel de la Chica, Antonio Marin and many others. Building in the Torres style, Ferrer’s guitars have appeared on the market, according to luthier Richard Bruné, with authentic Torres labels and ill intentions. This is actually a testament to the quality of sound of Ferrer’s best instruments, made in a very traditional manner.

Granada-based guitarist Vicente Coves reports that this very well-preserved instrument was originally acquired from Ferrer by the famed Granada sculptor, Miguel Cerón. It was this same man who gave an earlier Ferrer studio model to the young Andres Segovia, who used it from 1904 until the iconic 1912 Manuel Ramirez guitar (made by Santos Hernandez in the Ramirez shop) was gifted to him by Ramirez in 1913. It was also a Ferrer guitar from 1906 that was used by Manuel De Falla while composing his beautiful Homenaje for solo guitar.

This 1917 Ferrer has a scale of 650 and was recently re-fretted by Alan Perlman. It has surprising power and the deep, resonate sound one expects from a Torres-inspired 100-year-old guitar. 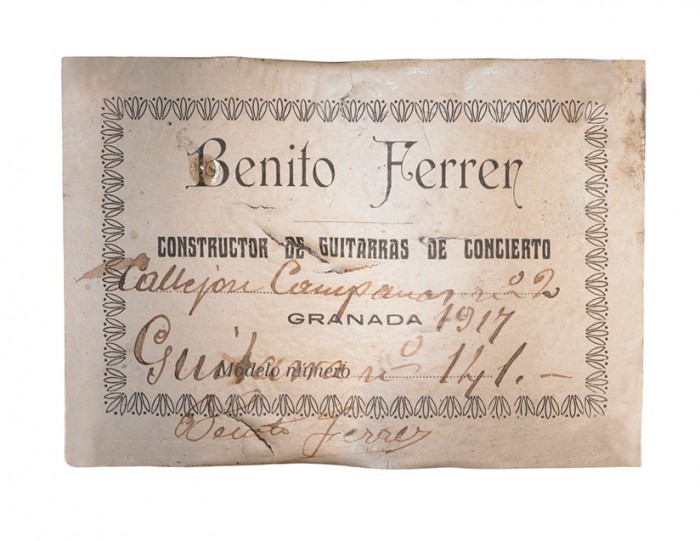 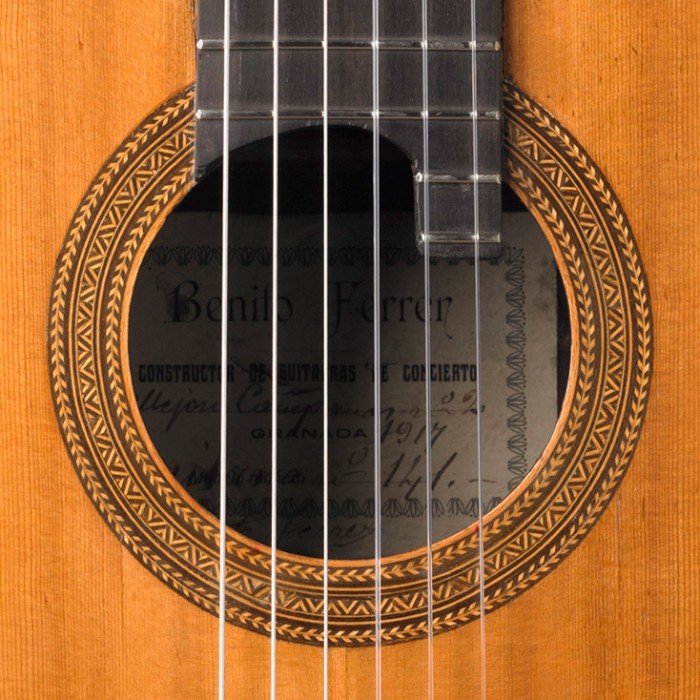 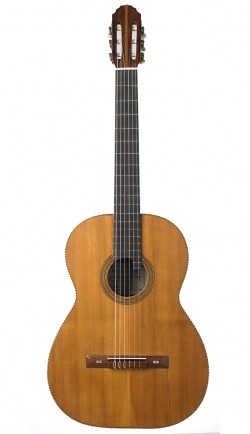 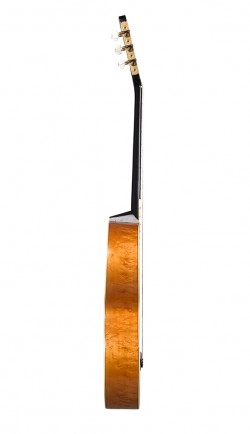 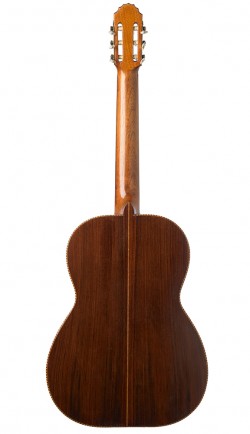