The English luthier David Rubio (1934-2000) was born David Joseph Spink in London. Leaving medical school in Dublin, he moved to Spain in the 1950s and became a flamenco guitarist and acquired his professional name, “José Rubio,” inspired, according to various apocryphal stories, either by his red beard (his beard was actually black) or ruddy complexion. Hanging out in luthier workshops, Rubio fell in love with instrument making and his first guitars, after studying with the luthier Miguel Company in Miami, were built from memory in the early 1960s in New York. Almost immediately Rubio’s instruments caught the attention of Julian Bream. This was the period after Bream’s cherished Robert Bouchet guitar had been stolen. So with Bream’s encouragement Rubio began building guitars inspired first by Bouchet, and then by Santos and Simplicio. Bream played Rubio guitars in concert and on recordings from the middle 1960s and Rubio’s success launched what is now known as the English school of lutherie.

This particular Rubio, No. 30, was made for Julian Bream and has a dedication to Bream written on the underside of the top. It reads (translated from the Spanish): “Guitar No. 30. Built especially for the grand maestro Julian Bream. April 1965. Jose Rubio”. Another Rubio guitar made in 1965 was used by Bream to record Benjamin Britten’s “Nocturnal” on the album “Twentieth Century Guitar,” a ground-breaking recording in the history of the modern guitar. No doubt the sound of both these guitars share a quality common to Rubio’s guitars from this period, a sound that guitarist Marc Teicholz has described as less aggressive than Spanish instruments but sweeter than German guitars–a blend of the two styles. About the 1965 Rubio No. 3o, Teicholz has remarked on its “creamy lyricism.” 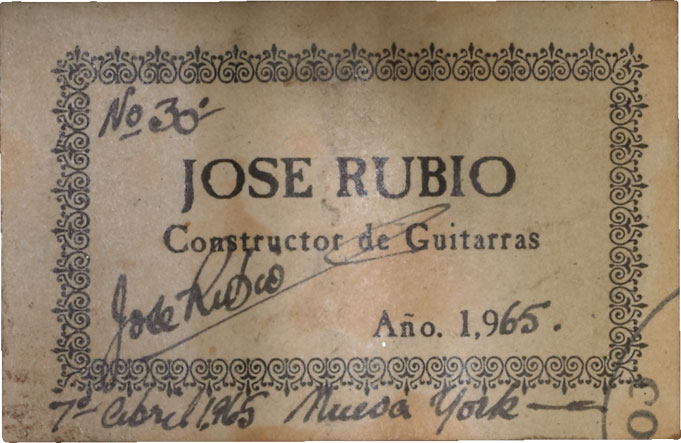 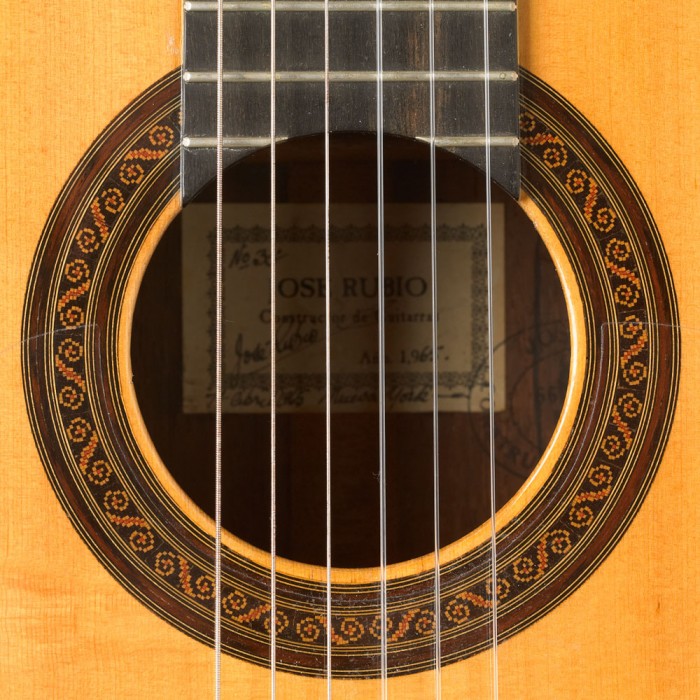 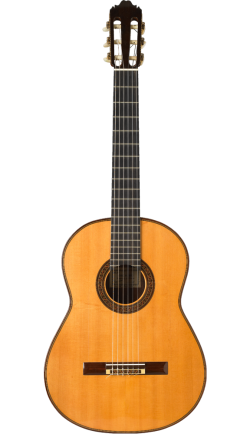 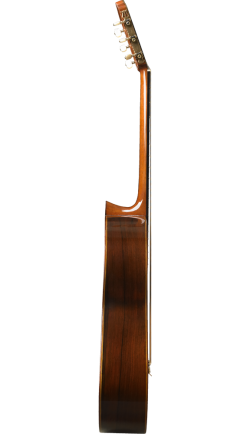 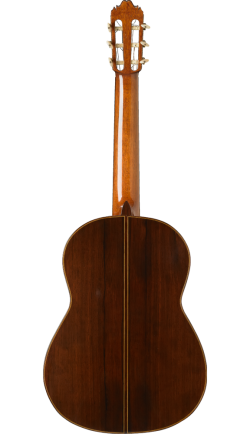