Didier Nicolas (1757-1833) was one of the leading makers of guitars and violins of the early 19th century in Mirecourt, the center of French lutherie from the 18th century through the early 20th. He was awarded the prize as the best luthier in Mirecout in 1802.

The elaborately decorated guitar has a fine-grained two-piece spruce top, solid bird’s eye maple sides and a veneered maple back. The scale is 645mm, long for its day, and the neck is ebony-veneered poplar with a “V” joint head. Restored in 1976 by R. E. Bruné, the frets are new and the original DeMent tuning machines were replaced by matching Roger’s tuners.

This guitar now is in perfect playing condition. The six single strings had become the norm by 1800 in Europe, replacing the five- and six-course guitar. The beautiful workmanship, including the delicately engraved mother-of-pearl shoundhole and ivory, ebony and whalebone purfing, make it a visual as well as musical treat. 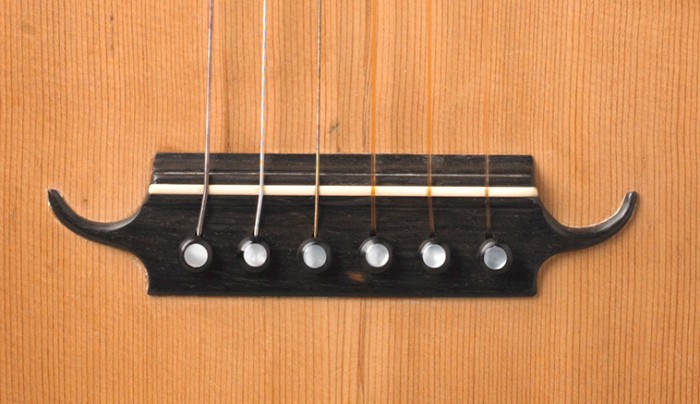 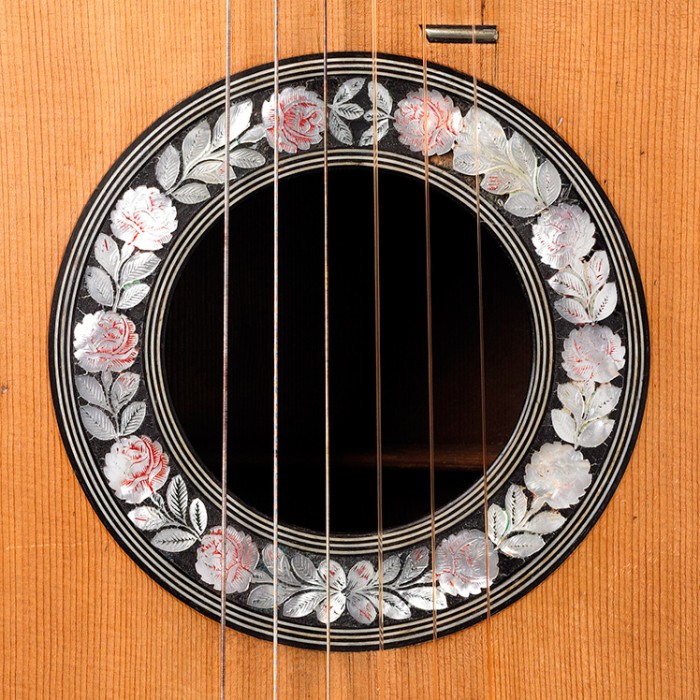 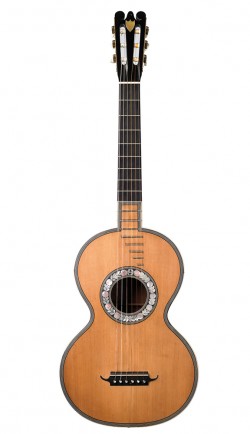 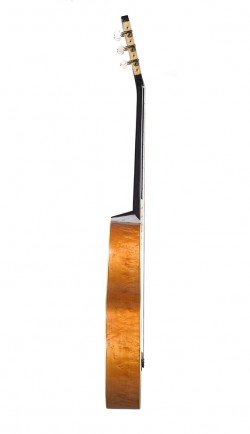 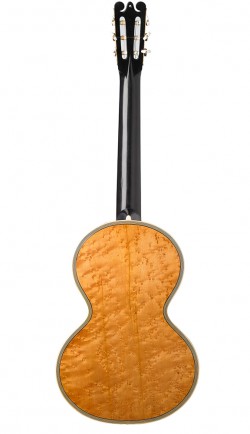