With the Torres legacy spreading beyond Spain in the early years of the 20th century, it was inevitable that great makers would emerge in other European capitals. Among the first, and perhaps the greatest, from Germany, was Hermann Hauser I (1882-1952) whose guitars began to seduce Andrés Segovia as early as the 1920s. By 1937 Segovia had given up his 1912 Ramirez for a Hauser I that is, like the Ramirez, on display today in the Metropolitan Museum of Art in New York. To the qualities that made Torres the standard for the modern Spanish guitar in the 19th century, Hauser in the 20th century added what Julian Bream describes as “Teutonic engineering principles.” It’s not surprising, therefore, that when one thinks of Hermann Hauser guitars one thinks of the music of Bach.

This Hauser I guitar from 1948 is, first and foremost, a guitar with impressive balance and clarity. Yet it is somewhat unusual for a Hauser I of the period as it adheres retroactively in size and constructional details to the guitars of Torres that Hauser had studied in earlier years. Even the decorative pearl dots in the bridge look back to Torres, as if the luthier, a decade after the Segovia Hauser of 1937, is revisiting his roots in Torres. A fascinating detail of the guitar appears to support this idea—the guitar being very personal to Hauser I–as the label carries Hauser’s handwritten letters—“m.p.”—which, according to the dynasty’s third-generation builder, Hermann Hauser III, refers to the Latin expression manu propria—“by my own hand.” Hauser would add “m.p.” to the labels of some of the guitars that he made in the late 1940s by himself—without help from his shop assistant or his son, Hermann Hauser II, who was recovering during this post WWII period from war injuries–and perhaps for himself. The guitar was photographed and featured in the pamphlet that accompanies the four-disc Decca set, “Andres Segovia: A Centenary Celebration.” 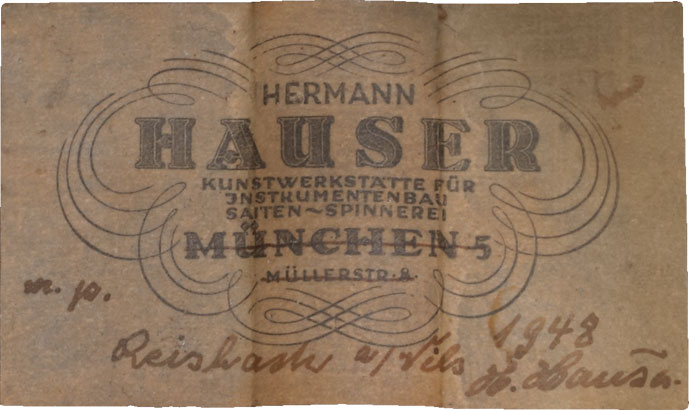 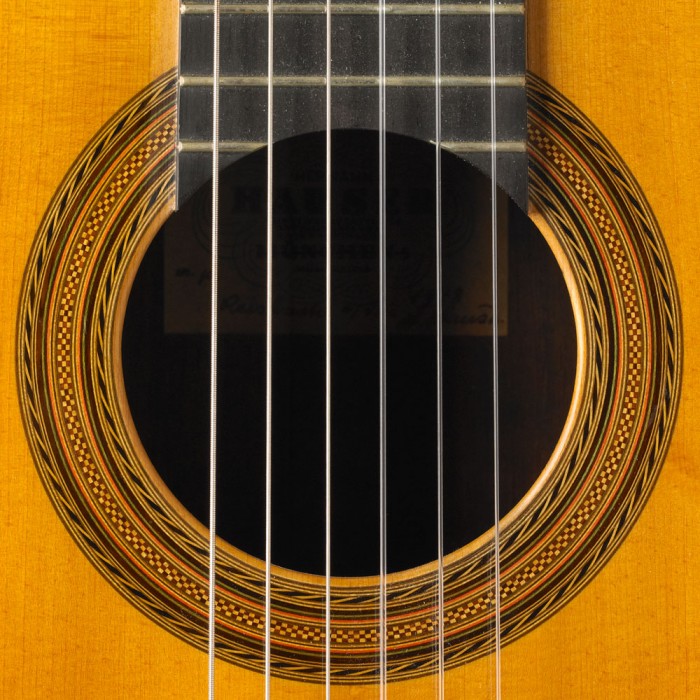 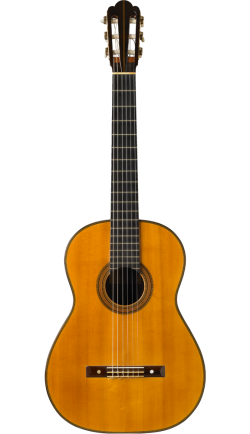 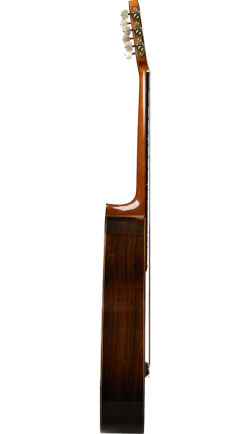 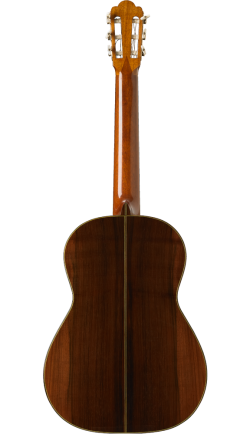