Barcelona became the hub of the guitar world in the early years of the 20th century—Segovia, Llobet, Pujol were all there– and great luthiers like Enrique Garcia and Francisco Simplicio rivaled the Madrid school as heirs to Antonio de Torres. Following their lead came another great Catalan interpreter of the Torres style guitar, Ignacio Fleta (1897-1977). He was a violin and cello maker before switching to guitar making in the 1930s. By the late 1950s and into the 60s Segovia was playing Fletas followed by John Williams, the Romeros and many others.

This Fleta, No. 351, made by Fleta Sr. with the help of his two sons, Gabriel and Francisco, has the powerful and darkly austere sound Fleta is famous for. Guitarist Marc Teicholz notes that playing this guitar gives rise to adjectives such as “noble,” “dignified” and “formal.” The instrument was originally made for the guitarist, Carlos Barbosa-Lima, who concertized and recorded on it extensively. 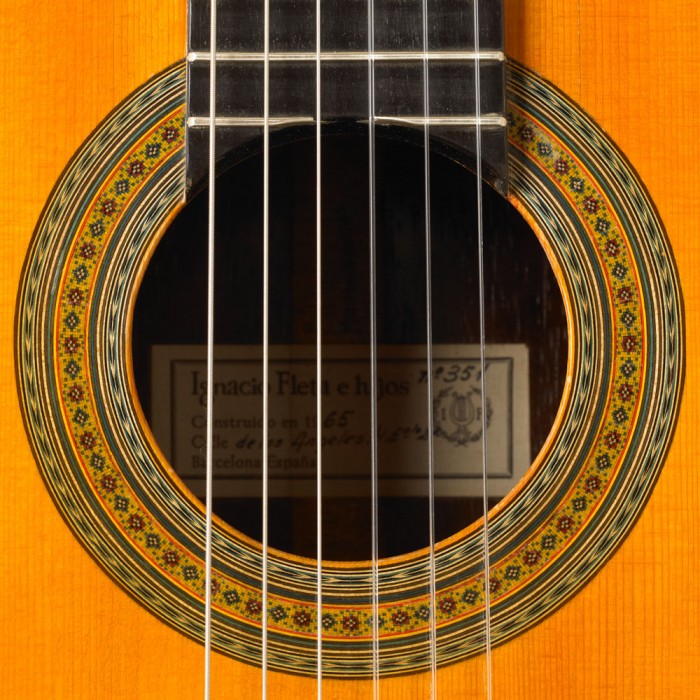 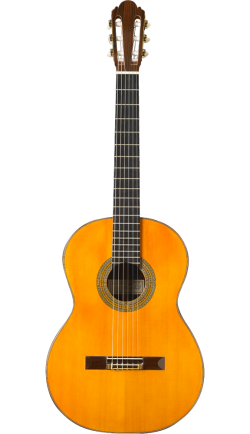 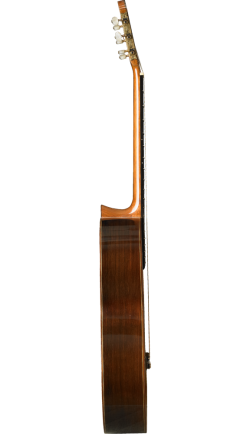 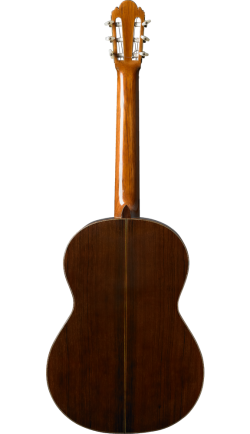