Luthier and Torres scholar, José Romanillos, was born in Spain in 1932. His first guitar was made for himself in 1959. By the 1970s, after showing one of his early guitars to Julian Bream, he found himself building guitars in a shop set up near Bream’s home in Dorset. The Bream/Romanillos collaboration–like those of Sor with Panormo, Tarrega with Torres, Segovia with Ramirez and Hauser, the Romeros with Rodriguez and John Williams with Smallman– demonstrates the formula by which the classical guitar has evolved through the centuries to meet the changing needs of contemporary players.

Named on the guitar’s lable “La Gaditana,” which is the Spanish term for a gypsy from Cadiz, this Romanillos guitar, No. 653, is made with exquisite flame maple and superb European spruce. According to Bruce Banister of Fine and Rare Guitars, it is one of perhaps three that Romanillos has made in maple. The guitar exhibits all the virtues of Romanillos’ best instruments: singing trebles, deep bases and, according to guitarist George Sakellariou, an “exceptional spectrum of tonal colors.” The high level of craftsmanship and decorative aesthetics combined with the exceptional materials make this guitar one of the most beautiful in the collection. 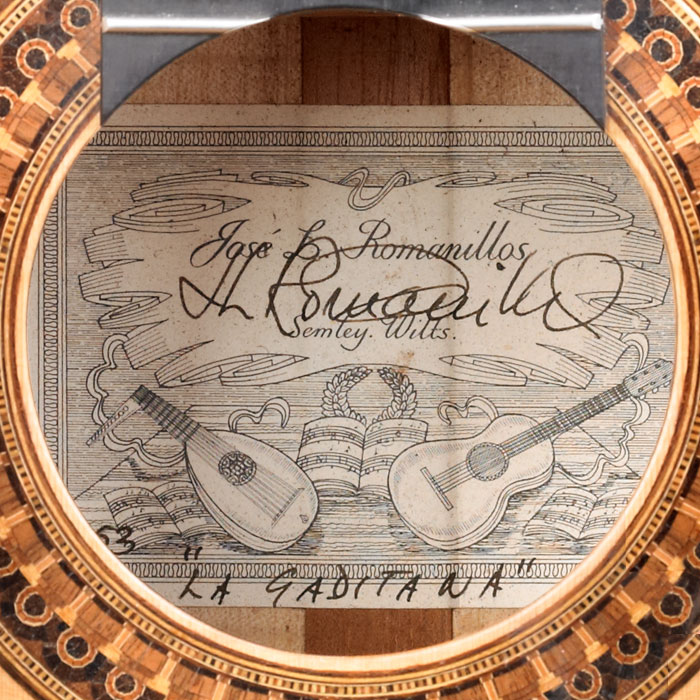 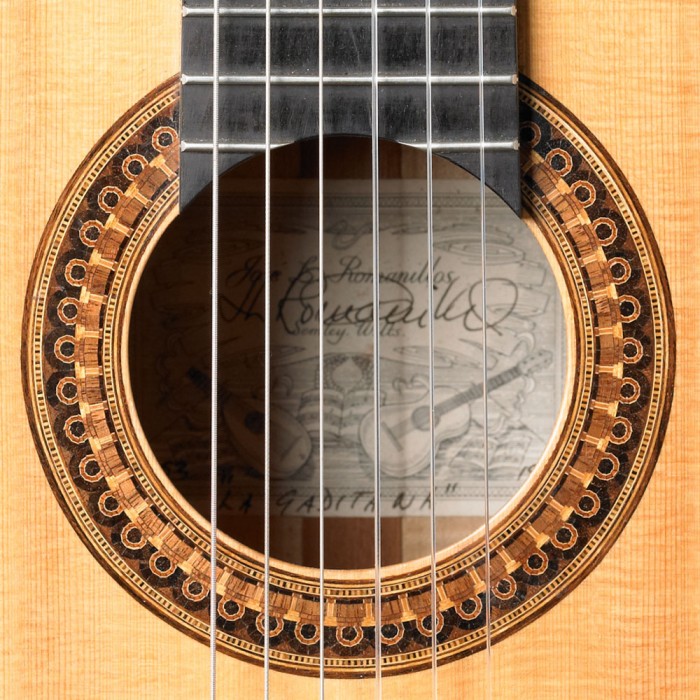 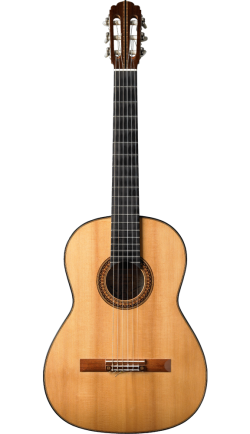 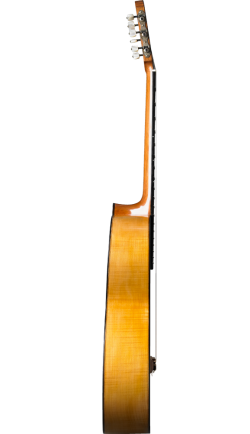 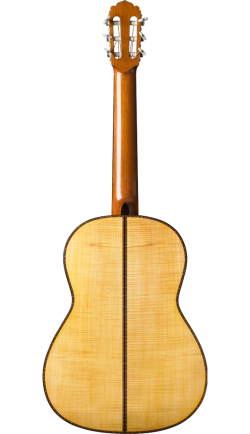