Juan Perfumo’s short 20 year career as a guitarrero (guitar maker) was prolific andinfluential, though only about a dozen of his guitars have survived. Born in 1800, Perfumo died at sea in 1860. The Cadiz school influence on Antonio de Torres is well documented, and although Perfumo’s instrument from 1839 is quite small—625mm scale—it was a full-sized instrument in its day. Only a decade or so after this guitar was built, Torres would start the revolution that created the larger modern instrument we know today.

Early in its life, the Perfumo was taken to England where a new Panormo-style head with Rance machine turners was grafted onto the neck. No doubt intended for a sophisticated classical player ( a plucker of strings), an inlaid oak position dot was added at the 5th fret, something flamenco players would never have used.

The warm Spanish sound of this remarkably well-preserved guitar, with its four fan braces and very thin 1mm sides, is very much in keeping with its Cadiz school origins and its playability has been greatly improved by recent fret work performed by Alan Perlman in San Francisco. 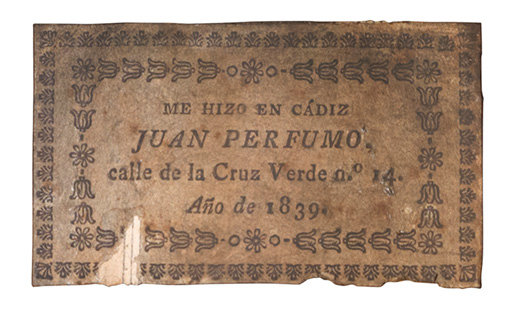 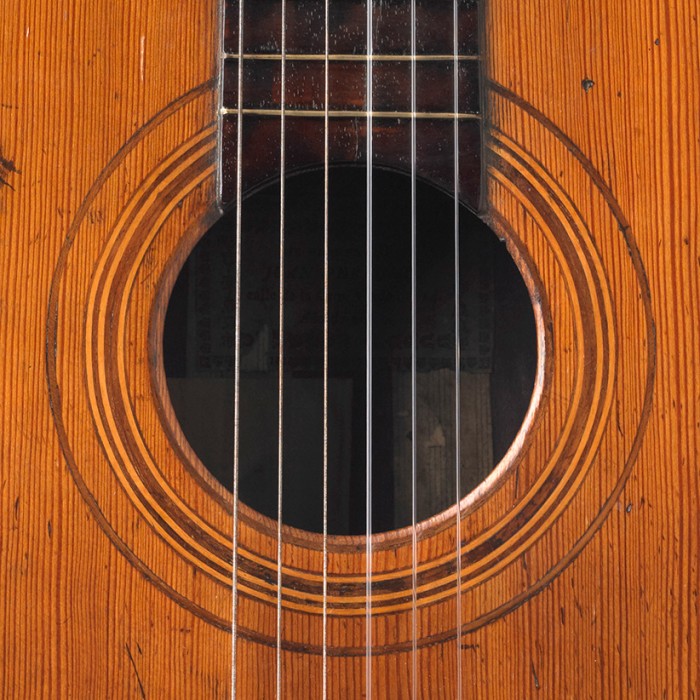 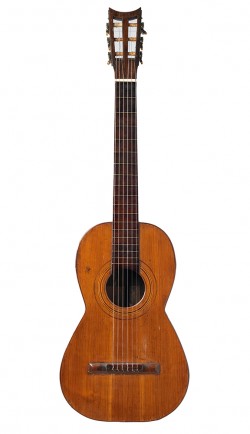 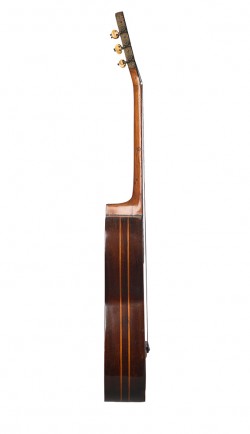 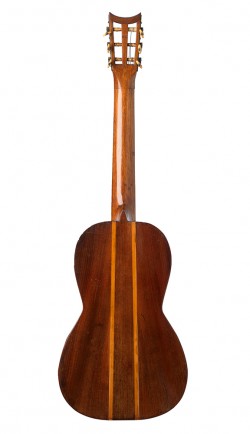