Literally combining the Madrid style of luthier Manuel Contreras Sr. (1928-1994) with the southern Spanish qualities of the Miguel Rodriquez guitar-making dynasty, this guitar has the body and luthier label of a Contreras built in 1971 with a top from the Cordoba workshop of Rodriguez. Manuel Contreras was one of the talented Madrid luthiers that started out in the José Ramirez III workshop—from 1959-1962– and the spruce Ramirez guitars from the early 1960s with the Contreras initials (“MG”) stamped on the foot of the guitar are highly regarded.

The remarkable story of this guitar, as told by Pepe Romero, is that when Miguel Rodriguez Jr. (1921-1998) was considering how to develop a new Rodriguez guitar model with the larger dimensions and volume of the Madrid school, he acquired this Contreras guitar, removed the top and added his own along with an early version of a distinctive new Rodriguez rosette design. Thus a hybrid Contreras/Rodriguez that represents the transition to the great Rodriguez guitars of the 1970s-1990s.

Evidently this guitar became the personal guitar of the late José “Pepe” Rodriguez (1949-1996), the last of the Rodriguez dynasty of luthiers. The instrument has bold Spanish sound with great volume, perfect for the concert stage. But as one might expect, it is hard for the player to identify a particular quality to the sound, one way or the other, as if the influences of its dual origins have to some extent canceled each other out. Yet as an expression of the historical development of the classical guitar and its relentless search for increased volume, the instrument is one of the most interesting in the collection. 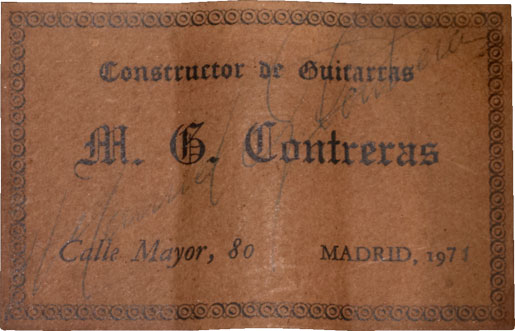 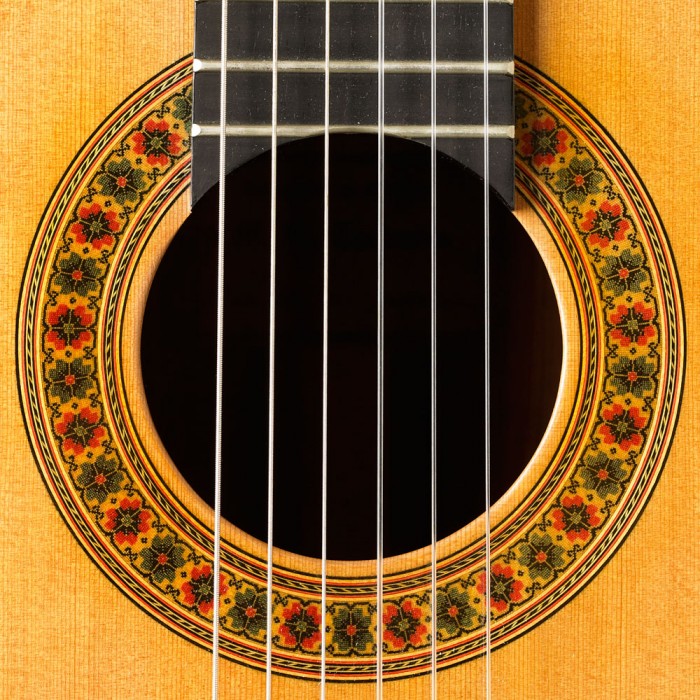 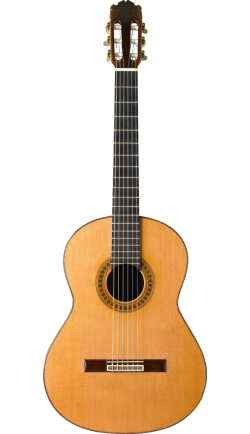 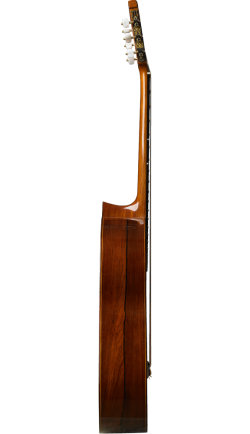 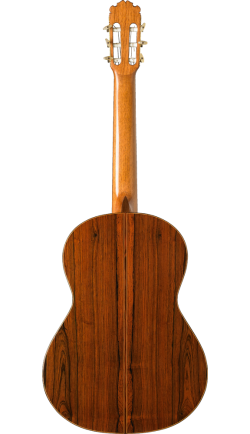