Manuel de la Chica (1911-1998) was first a cabinet maker, like many luthiers, before teaching himself to make guitars in the style of Santos Hernández in the 1930s. If not the father of the modern Granada school–luthier Benito Ferrer (1845-1925) no doubt deserves that distinction– the late Manuel de la Chica may be its finest practitioner to date. His best guitars fulfill the musical needs of both flamenco and classical guitarists, which, according to luthier Pepe Romero Jr., is the very definition of a great guitar.

Miles Roberts of Kent Guitars in England maintains that the guitars of Granada’s builders today, mostly made with spruce for the soundboards and influenced early on by Robert Bouchet, have a sweeter and perhaps more complex sound than the warmer cedar guitars of Madrid, Barcelona or Cordoba. This guitar by the underrated master, Manuel de la Chica, is a fine example of a great Granada guitar: smooth, sweet, complex and with ample volume. 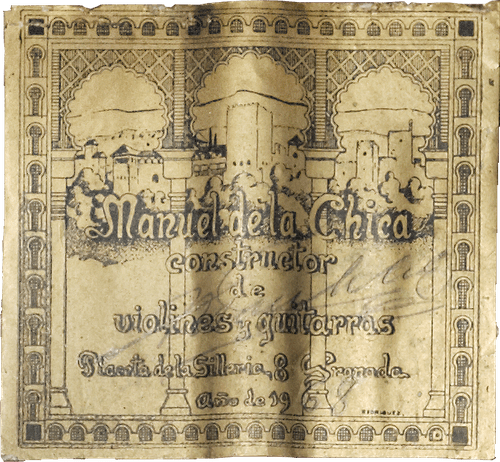 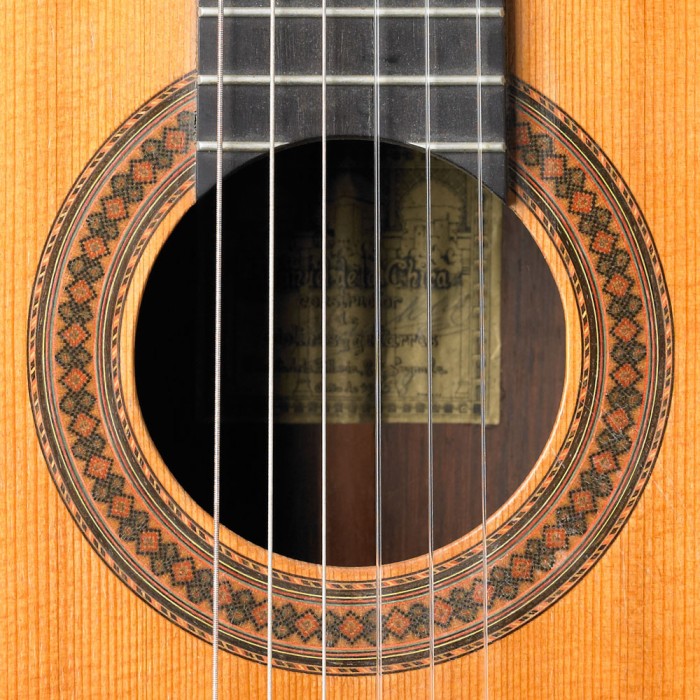 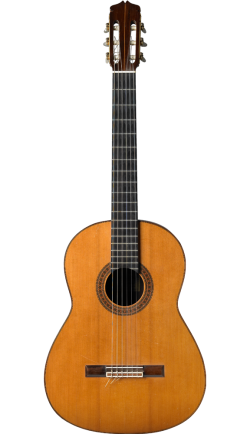 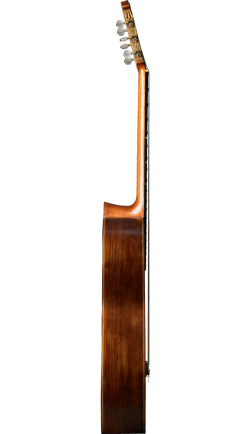 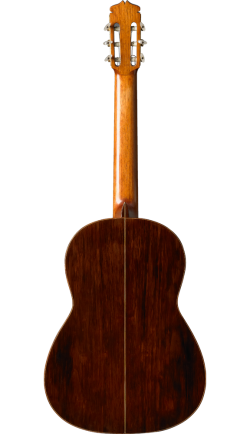