Manuel Gutierrez (c1773-1857) worked in Seville at Calle de la Cerrageria #35, located on the same street where Antonio de Torres had his shop at #32 Cerrageria. Gutierrez’ instruments are extremely rare with fewer than a dozen known to survive. The guitar has five fan braces and a relatively long and very playable scale (652mm) for its small body. The sides are very tall for a guitar from this period, approximately 100mm, which may account for its considerable volume and depth of tone. According to guitarist Frank Wallace, who recorded on an 1854 Gutierrez, that instrument was very similar in design and sound to one of Torres’ earliest guitars, the FE 7 from 1857, held in Yale University’s instrument collection.

According to luthier Richard Bruné, this instrument is said to have belonged to Silverio Franconetti, the famous mid-19th century Andalusian flamenco cantaor and impresario. Other than the modern tuning pegs, the guitar, including its brass frets, is completely original. This little instrument made a big impression at Guitarrada V in 2009. Luthier Pepe Romero Jr. considers it one of his favorite guitars in the collection. 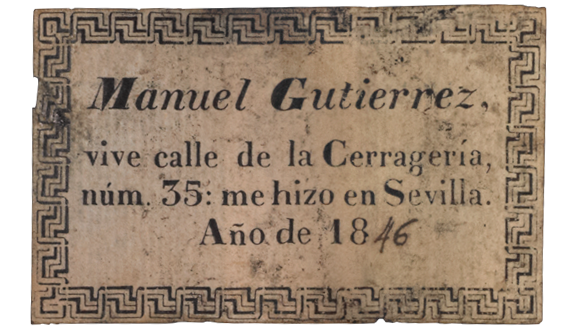 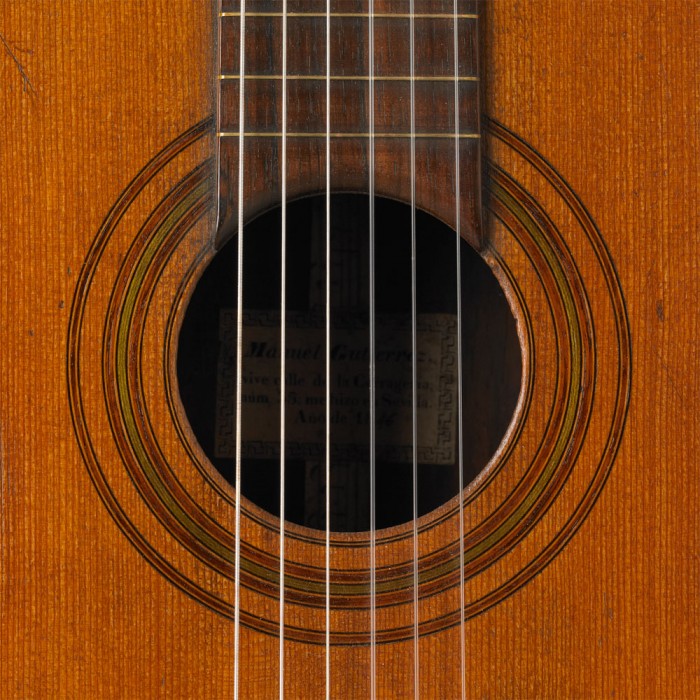 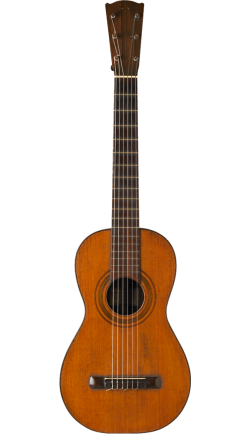 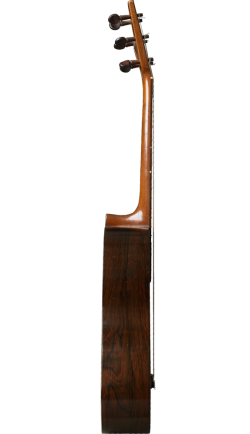 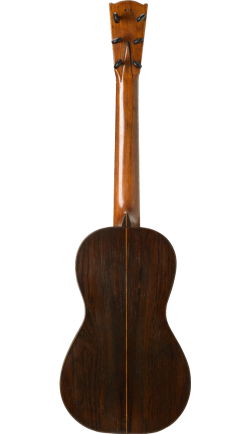