The younger brother of José Ramirez I, Manuel Ramirez (1864-1916) was perhaps the first Madrid guitar maker to truly understand the importance of Torres. His guitar making genius not only influenced some of the greatest guitar makers of the century—including several craftsmen in his own shop, among them Santos Hernández and Domingo Esteso—but became forever identified with the arrival of the Spanish guitar in the early 20th century as a solo classical instrument. A legendary Manuel Ramirez guitar of 1912, made in his shop by Santos Hernández, was given as a gift to the young Andres Segovia and the rest is classical guitar history.

This particular guitar, also from 1912, is, according to luthier and scholar Richard Bruné, a sister guitar to the Segovia Ramirez which is now on display in the Metropolitan Museum of Art in New York. In the Manuel Ramirez shop catalog of this period, the Segovia guitar and this one would have been included in the highest and most expensive category, “guitarras de concierto.” With a virtually identical rosette to the Segovia Ramirez and interior features consistent with guitars by Santos—not to mention the instrument’s exceptionally resonant and vivacious voice–it is surely the work of Santos Hernández. 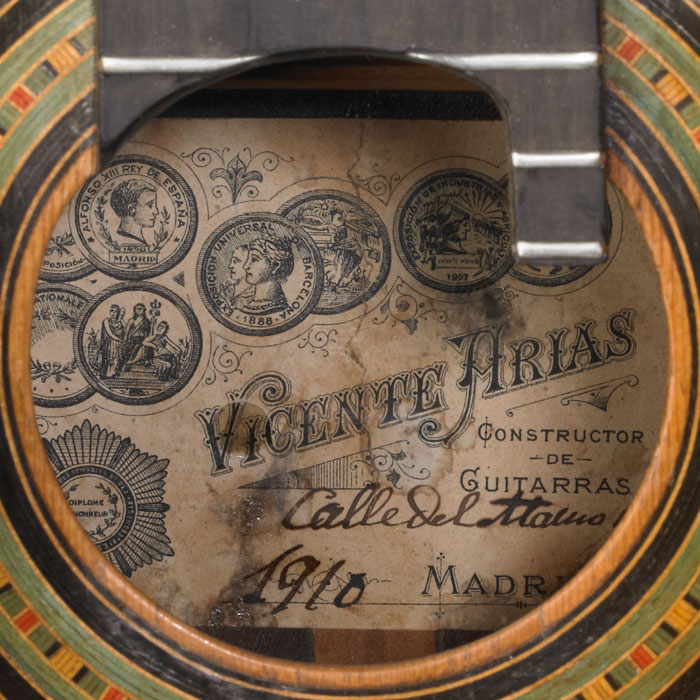 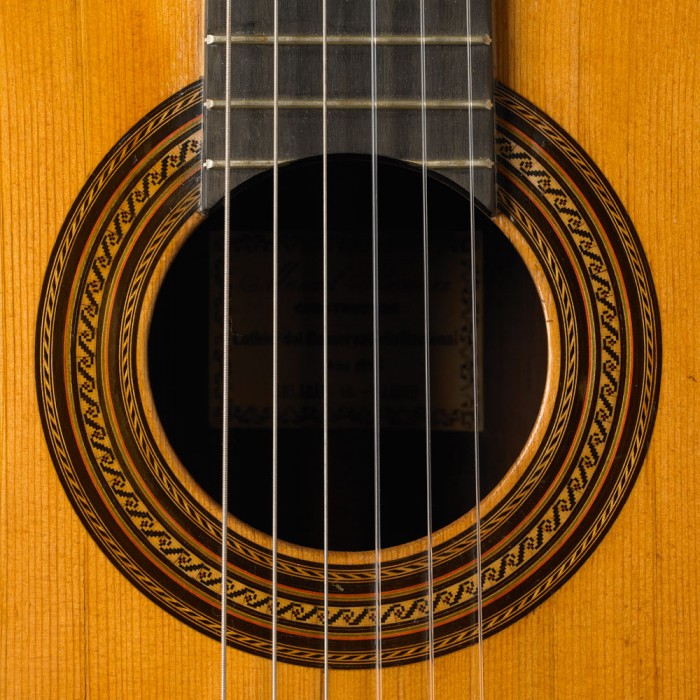 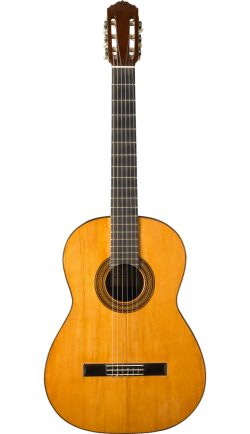 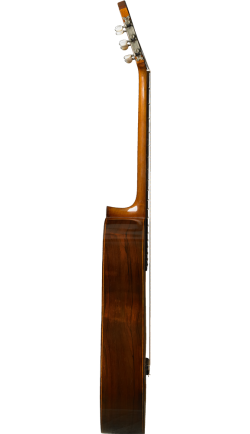 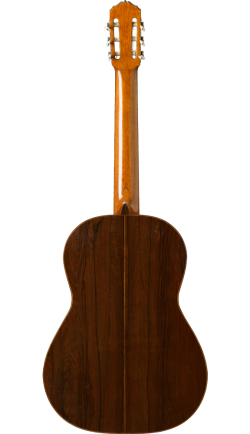