Marcelo Barbero (1904-1956) began as a sweep-up boy in the Madrid workshop of José Ramirez I and then trained in the shop of José Ramirez II after José I’s death in 1923. Barbero was most influenced by Santos Hernández and, in fact, Barbero is considered the direct heir to Santos, many of whose guitars Barbero finished after the older maestro’s death in 1943. Barbero is best known today as one of the great flamenco guitar makers of the 20th century but his classical guitars made of rosewood are also highly regarded and extremely rare.

This guitar was the performance guitar of luthier Richard Bruné who in the 1960s transitioned from flamenco player to builder. Bruné describes the guitar as having “…an immediate percussive punch coupled with a deep, profound bass that is perfect for rhythmical accompaniments of both singers and dancers.” The guitar was recently repaired and re-polished by luthier Alan Perlman and the action was raised slightly for use with classical repertoire. Hopefully the banishment of cypress guitars to the land of flamenco is giving way to a growing appreciation of the lighter tone and quicker response of cypress guitars for playing classical repertoire, especially from the romantic era. Torres would no doubt approve. 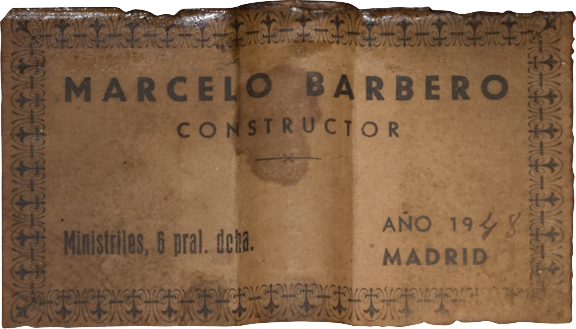 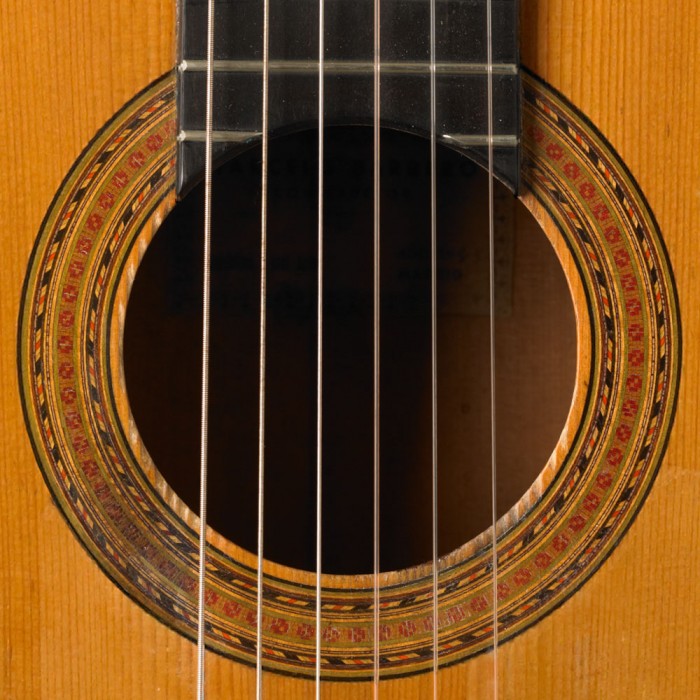 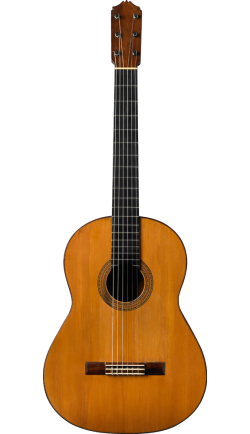 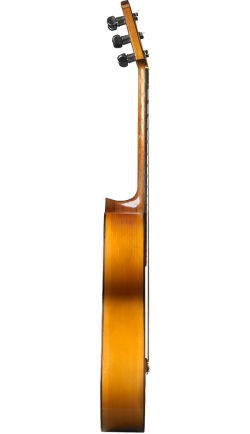 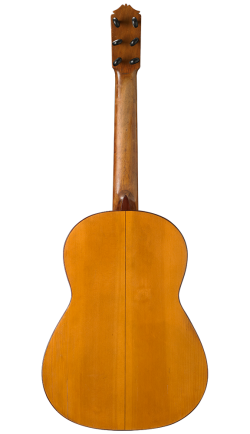