SFCM’s NOBLE Trumpets got the chance to perform the national anthem at the Giants game Saturday at Oracle Park. On the field the trumpet players put their own classical spin on the song.

Baseball and music have had a notable relationship for years, and the two came together again Saturday as SFCM’s NOBLE Trumpets performed the national anthem to start out the Giants game at Oracle Park. It was the first time the group received the honor in several years.

For freshman Caleb Brosnac it was his first time, “I was kind of nervous, first of all this game was huge, and in terms of a trumpet player doing something this high level has always been one of my dreams,” Brosnac said. The trumpet player was one of 10 who played on the field including professor Mark Inouye. Faculty member and professor Adam Luftman was also on hand to lend support. 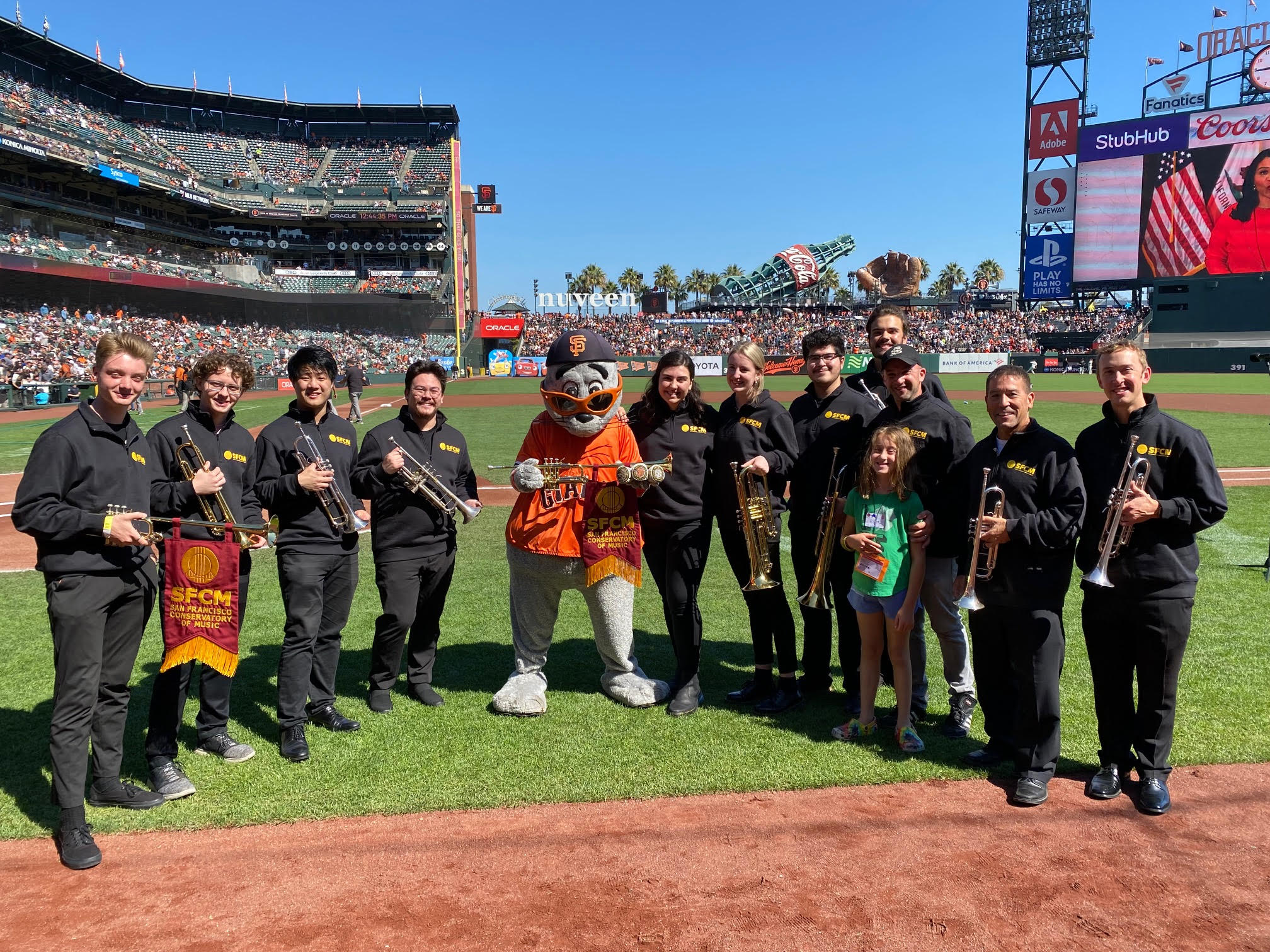 Tensions were also high for players and fans as the Giants are having one of their best seasons ever with 107 wins, one of just 17 teams in Major League Baseball history to gather that many wins in a season.

It was the second time performing at a Giants game for senior Karlee Wood, “This year there was a surprise intro that we did differently, “ Wood said. “Mark usually arranges it with a new intro inspired by an orchestral excerpt every time,” She added. This year it was “The Firebird Suite” by composer Igor Stravinsky.

“We basically took that and put it at the beginning of the national anthem,” Brosnac said. “No one will really know what that is, but it is a little inside joke or wink to everyone who is classically trained in the audience.”

For both students on The NOBLE Trumpets the chance to perform as a group in this setting was a long time coming, “We are such a tight knit group so it’s fun to get out of the studio and perform together, we always have so much fun,” Wood said. “I love it, the adrenaline is just so high when it’s time to perform, it’s a great feeling.”

“We have all gotten pretty close this year, so to be able to do this together is really exciting for us. We are kind of a little family,” Brosnac said, “The applause after was massive,” He added.

While the performance was a roaring success, unfortunately, the Giant’s did not pull out a win Saturday and the Padres won 3-2.