Pop stars regularly lip-sync live performances. Operatic singers—not so much. Nevertheless, lip-syncing proved an effective way for the San Francisco Conservatory of Music to record and stream an abridged production of the operatic staple Die Fledermaus by Johann Strauss II while keeping students and faculty healthy and in compliance with COVID-19 regulations.

Because singing near others isn’t recommended during the pandemic, even with masks and social distancing, many institutions halted opera productions entirely. However, Jose Maria Condemi, SFCM's director of opera and musical theatre, and his team got creative to offer students a chance to perform—both in 2020 with Firebird Motel and this year with Die Fledermaus. This spring's opera will stream online on Saturday April, 3.

“In the end, we decided to just go for it,” he says. “We're an educational institution, and students learn by learning how to embody their characters. We realized we could still give them that.” 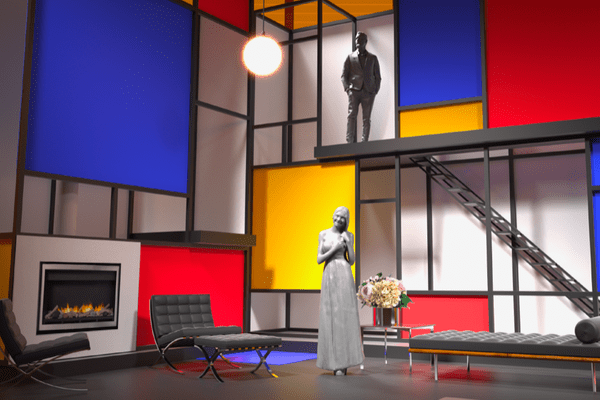 A rendering by Steven C. Kemp Design of SFCM’s production of Die Fledermaus

Faculty decided to mount the production of Die Fledermaus with 10 singers fully costumed and on set, no orchestra or chorus, making use of SFCM's Dante Audio Networking System, which allows musicians in different rooms to perform collaboratively without any lag time. Students auditioned for roles in the fall and, once cast, kicked off the process of making an opera during COVID-19 with an initial round of recordings using the Dante system.

“Things were pretty magical,” says Curt Pajer, musical and managing director of opera and musical theatre. “When students use Dante for the first time, it's not unusual for them to break down in tears.”

Using the system did involve some difficulty, however, as the only way to synchronize everyone was with a closed-circuit television network showing Pajer conducting.

“Students by necessity had to learn to listen to each other,” Pajer adds. “All I could do was cue the camera and hope for the best.”

Chen Holtzman (MM ’22) concurs, describing the euphoria of the first time everyone was able to sing in real-time with one another using the system.

“If we were all to stand in a room together we would actually hear each other less well than when using Dante,” Holtzman says.

With the initial tracks laid down, next came blocking and staging the opera. Because the performers weren't permitted to sing onstage, the recordings were piped into the rehearsal room as each cast member acted their parts.

Die Fledermaus also includes a significant amount of dialogue, and it was decided that it could be done in accordance with safety protocols and would best be accomplished “live” rather than recorded using Dante. 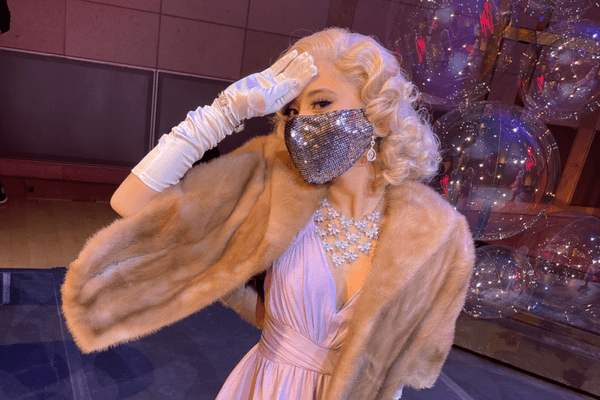 On the set of SFCM’s production of Die Fledermaus

“Nobody's going to kiss or hug on stage, but they'll wear a costume and wigs and there'll be a set,” says Condemi. “We'll be the closest we can to what we normally do.”

He explains that the process was a bit strange in the beginning but ultimately yielded practical pedagogical experiences. “Having students split the steps apart like this emphasized the importance of using their bodies, their main instruments aside from their voices, in a way that helped them really learn to come alive.”

Alexander Granito (MM ’21) agrees, adding that separating the singing from the stagecraft allowed him to explore new methods of physical storytelling and develop his physical acting.

“I could really dive into telling the best story I could physically,” Granito says. “Not having to worry about singing the high notes all the time allowed me to focus on the performance.”

After exploring the timing of the blocking and stagecraft, the cast made another set of recordings to use in the final product before getting into costume and setting up the cameras. Because only 12 people could be in the theater at any one time—10 students and two faculty members used the total allotment—three high-resolution cameras captured the action on stage, and the final product will cut between those angles with some zoom capability. 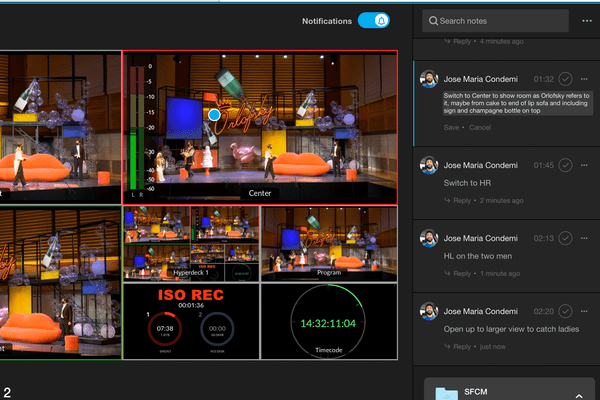 The final product (filmed and edited by Frederic Boulay/Oaktown Productions) mixes video and audio of the singers on stage acting and speaking the dialogue with the recordings made using the Dante system.

“I'm intending to incorporate video recording into the rehearsal room in the future, so singers can have a sense of what the audience perceives,” says Condemi. “This is key.”

Condemi is thrilled with the way everything turned out. He spent the final week before the streaming debut working to equalize the sound between spoken dialogue and the Dante recordings and spoke highly of the educational opportunity such a project afforded.

“At some point, this just became the new normal, and there was nothing strange about it anymore,” says Condemi. “The joy of being in the same room and being able to make music together was just incredible.”

Catch the online stream of Die Fledermaus on April 3.