From its humble opening eighth-note pulse, Steve Reich’s Music for 18 Musicians has gone on to become one of the most beloved works of the last 50 years of music. The iconic piece recently echoed through SFCM’s Caroline H. Hume Concert Hall as a sort of farewell performance from student Justin Gingrich.

Gingrich’s fascination with Reich’s music began in high school. “Growing up, I wasn’t exposed to a lot of classical music, just a few little pieces here and there,” he explained. “Then in high school, I just became entrenched in wanting to listen to more minimalist music. It’s so digestible; I think that’s one of the best ways to put it. It’s so easy to get immersed in it and feel comfortable with it.”

While Music was never far from Gingrich’s mind, he found the peers and environment that would let him realize his love for the work at SFCM. “I had just always wanted to do it at some point in my life, and the timing worked out here. We’ve got such a massive percussion studio here and everybody here is super-strong, so there was no better time than now,” he said, and, alluding to the piece’s complexities, laughingly added, “And maybe no future time.”

Gingrich said the reaction to his pitching the piece to the percussion department at SFCM — he studied with Ed Stephan and Jacob Nissly — was overwhelmingly gung-ho, perhaps aided by some degree of fatigue with their usual conservatory repertoire. “We get to sit and groove for an hour!” he enthused. “That’s not something percussionists get to do very often! A lot of the time we’re sitting around tacit-ing or we’re hopping from one thing to another. So they were all on board, and Professor Nissly was like, ‘Absolutely, let’s do this.’ There were not a lot of roadblocks, it was just a matter of defining what it meant in the curriculum.” 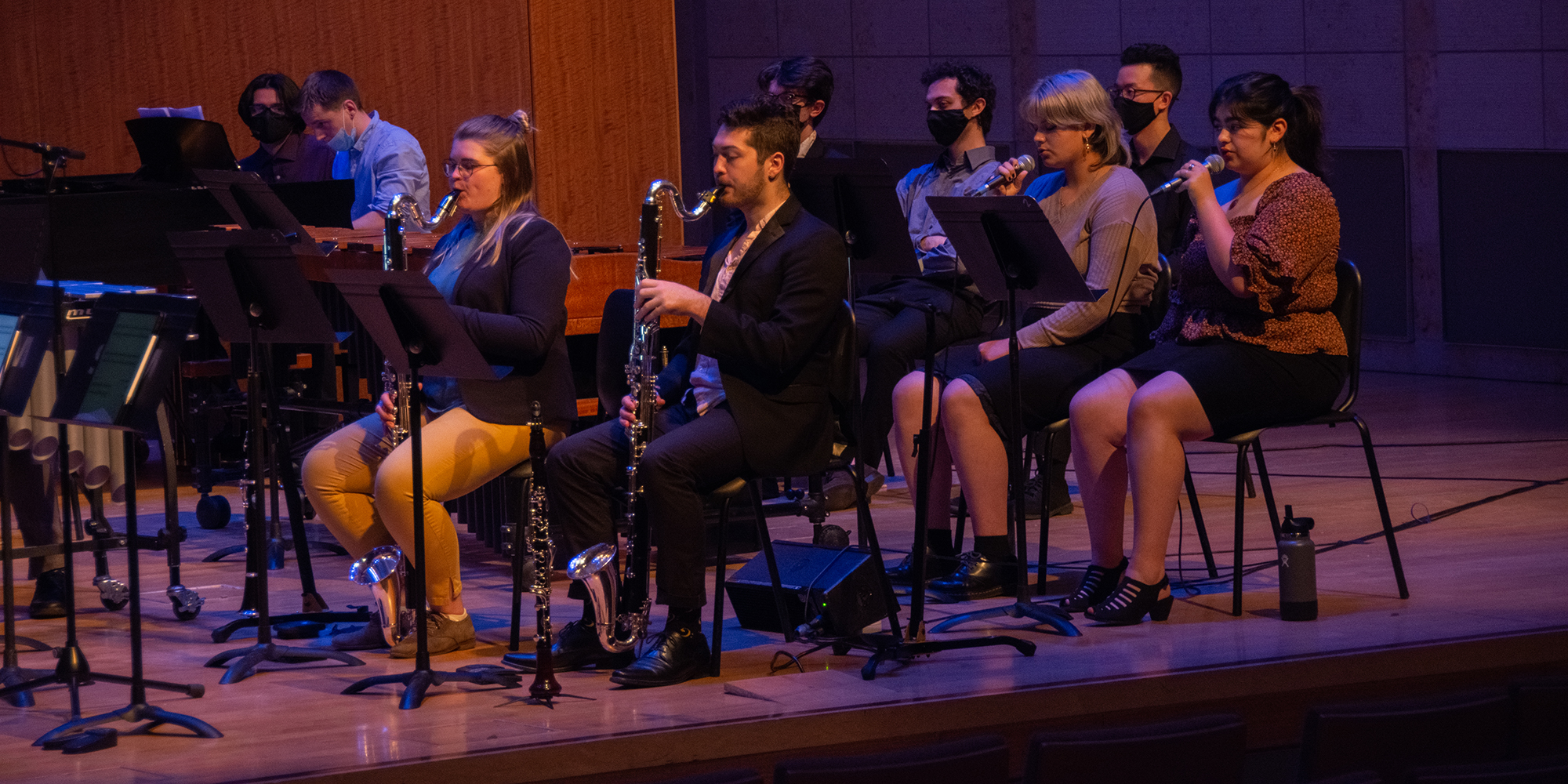 Reich—and minimalism, though it’s a genre term he dislikes—has a rich history in the Bay Area: Composers Terry Riley and LaMonte Young both studied at colleges here and collaborated at the experimental San Francisco Tape Music Center. Reich even played in the premiere of Riley’s own landmark composition, "In C."

“A lot of music that we listen to, you can’t decipher just by sitting and listening, you have to sit down with the score and really dissect it,” Gingrich said. “But with this piece, you can tell that there’s this wave-pulse going, you can feel it, you can hear it; it’s just overwhelmingly clear.” 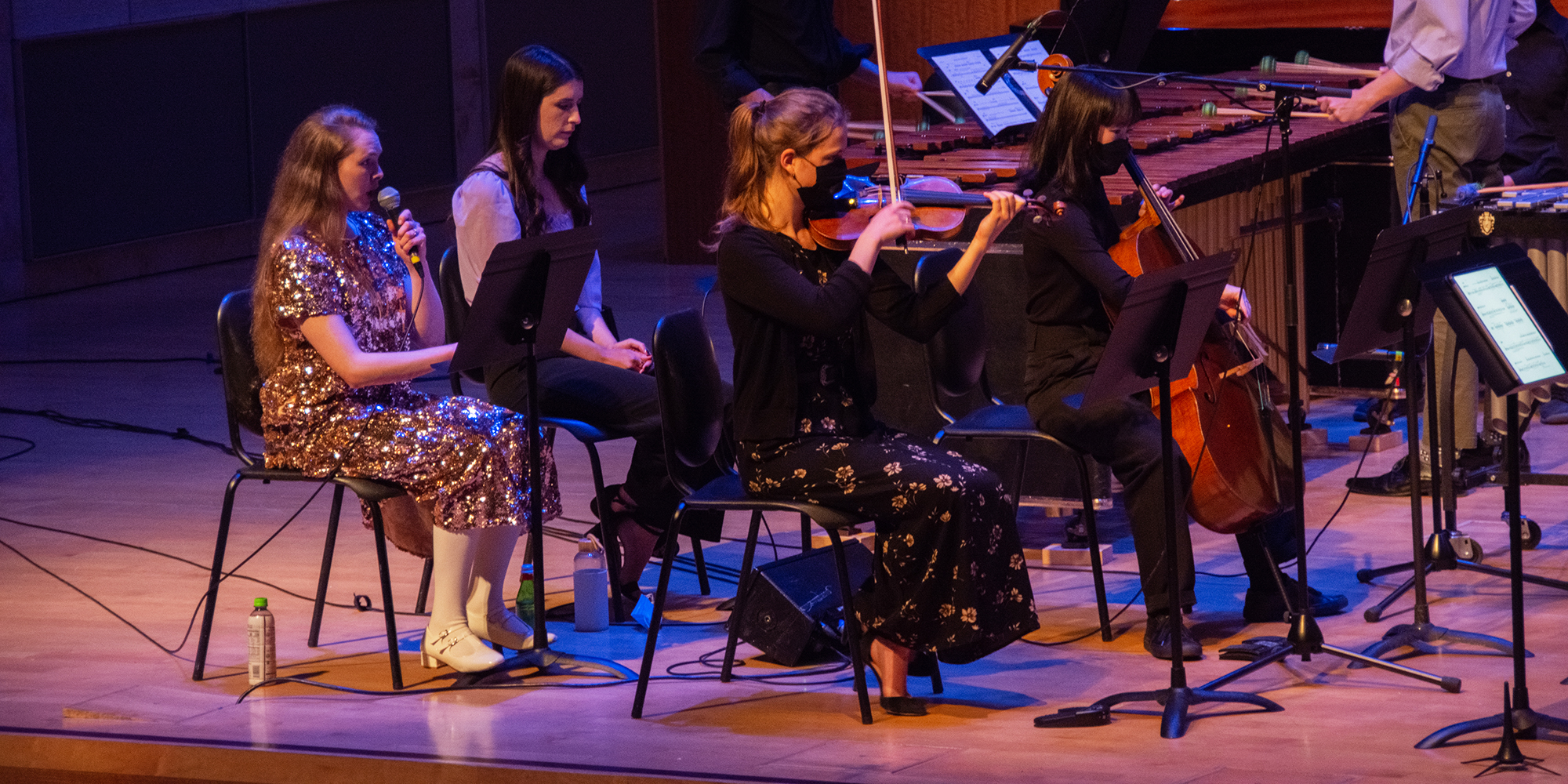 Despite the composition’s lineup being baked into its name, Gingrich said that figure was more of a matter of necessity for Reich, and so a faithful rendering with just 18 musicians actually entails more work. So he beefed up the orchestration for his performance: “There were 19 SFCM students involved in the performance, one alum, and one prospective student for a grand total of 21,” he explained. “There were four grand pianos in addition to three marimbas, two xylophones, one vibraphone, two clarinetists doubling on Bb clarinet and bass clarinet, a violinist, a cellist, and four vocalists.”

Gingrich will be moving on from SFCM once the school year ends with a position in the Fresno Philharmonic. While he doesn’t have plans to compose any of his own works in the style of Reich, he still believes the music he’s loved since he was a teen has room to grow. 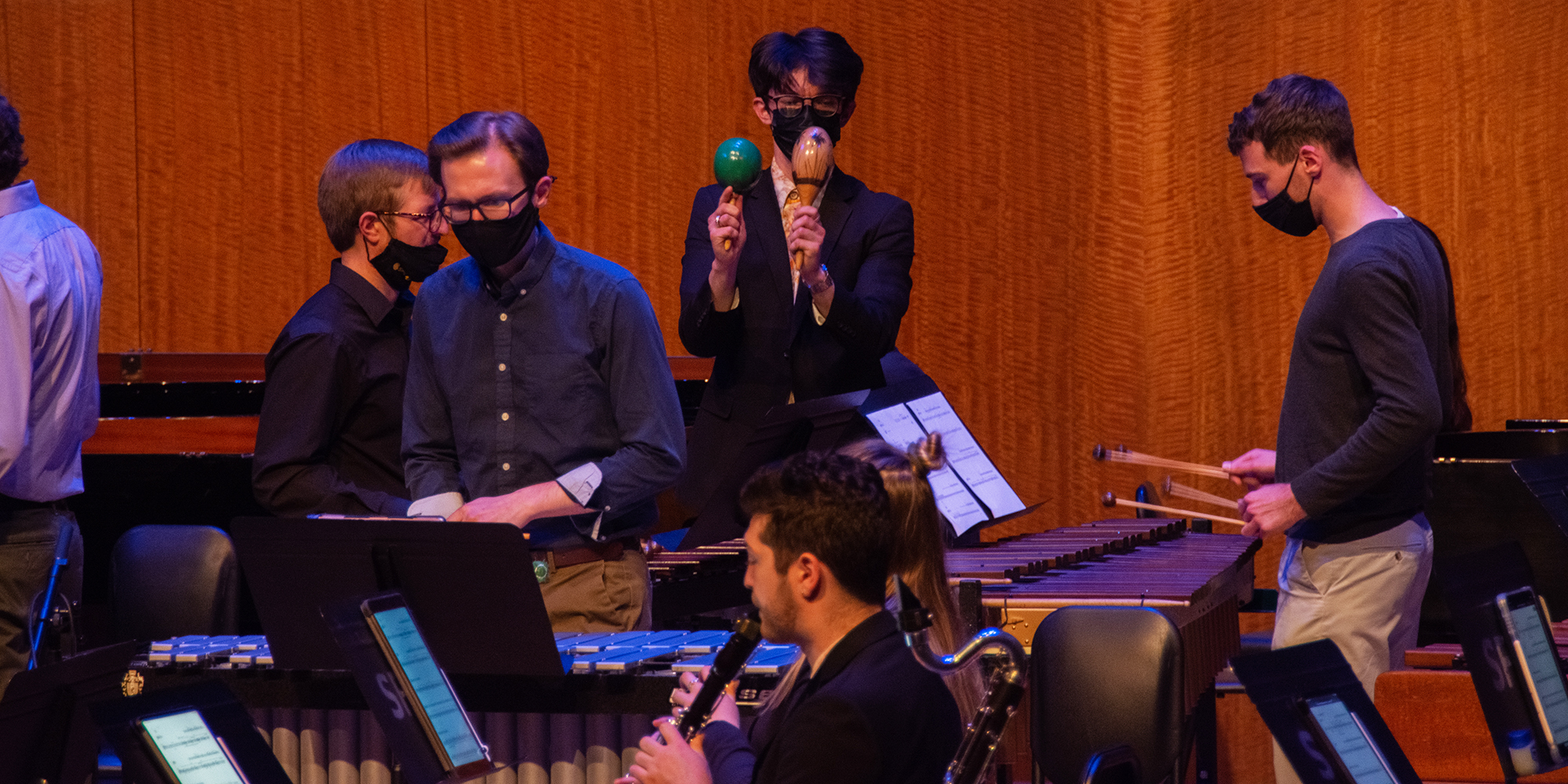 “I do wish that more people would embrace it and seek it out, because it’s a special experience. There’s not a lot of live music played by live performers that has the kind of effect that minimalism does, especially a piece like 'Music for 18 Musicians.' It’s a very special opportunity to sit there and just soak in so much sound for so long.” Learn more about studying percussion at SFCM.