World-renowned contemporary chamber ensemble The Living Earth Show (TLES)—comprised of guitarist Travis Andrews (MM ’09) and percussionist Andy Meyerson (MM ’10)—along with composer Danny Clay (MM ’11) had recently finished a project at San Francisco’s ODC Theater when the world went into lockdown in March 2020. Like many artists globally, they searched for a way to use the tools at their disposal to make sense of an unprecedented situation.

This is the genesis of Music for Hard Times, Clay’s first concerto and a new Bay Area-centric composition and collaborative recording project—a version featuring SFCM students and San Francisco Girls Chorus vocalists will premiere on May 27. 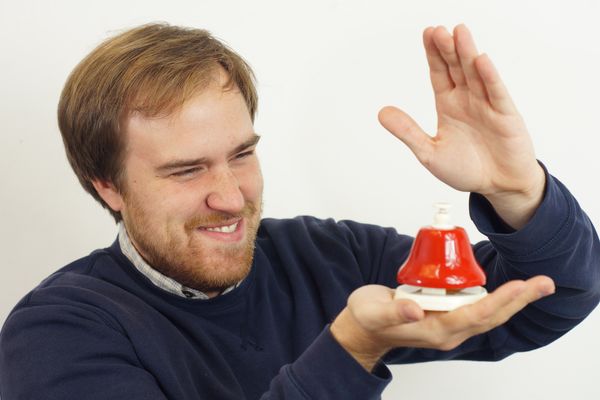 Built with the aim of offering a sonic resource for comfort, Music for Hard Times is a concert-length composition crafted using a series of composed calming strategies recorded independently in the musicians’ homes using instruments, voices, field recordings, and found objects. It’s an experimental work created to answer a simple, fundamental research question: is it possible to use the tools of classical music to make people feel better?

This question was very audience-centric when Andrews, Meyerson, and Clay initially began working on the project. That changed as the lockdown continued and they also felt the healing effects of keeping the music going during the pandemic.

“As we worked on [Music for Hard Times], it became immediately clear that [the process] was as much about our experience as musicians performing in isolation as it was for a listener on the other end,” recalls Meyerson. “We started looking for ways to bring this piece into the world and it was also apparent that it wasn’t limited to our ensemble, our instruments, or us as people. It could be expanded by design to include anyone and everyone.”

Each Music for Hard Times collaboration is unique thanks to Clay’s “living” score and is designed to be performed and recorded in isolation. Originally commissioned by the Clarice Center at the University of Maryland, Berkeley Art Museum and Pacific Film Archive, Living Music with Nadia Sirota, and New Music Bay Area, the first iteration of the ever-evolving score was released online by The Living Earth Show in September 2020.

By then, TLES and Clay already set in motion larger plans for Music for Hard Times as a collaborative composition, performance practice, and exercise particularly well-suited to music students. They reached out to SFCM Music Director Edwin Outwater and San Francisco Girls Chorus Artistic Director Valérie Sainte-Agathe about what would become a worldwide collaboration. 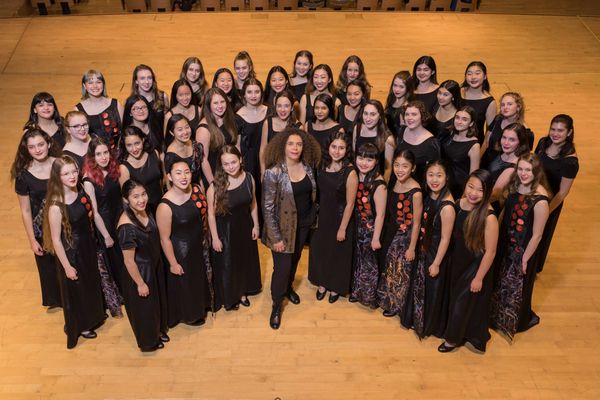 Members of the San Francisco Girls Chorus and Artistic Director Valérie Sainte-Agathe (center) gathered together before the pandemic.

Both Outwater and Sainte-Agathe were excited to collaborate on something that would provide a unique experience for conservatory students and chorus vocalists. As Outwater puts it, “Why not do something out of the ordinary when you’re in an out-of-the-ordinary time?”

Over the course of the fall semester, Andrews, Meyerson, and Clay worked with SFCM students who were studying at home around the world and San Francisco Girls Chorus vocalists remotely to realize and add their own new pages to the living score. Workshops and masterclasses took place virtually and included sections on improvisation, deep listening and its historical Bay Area context, graphic and text scores, creativity, and collage as a compositional technique. The goal was to give students new ways of thinking about, listening to, interpreting, and creating work in the classical tradition.

“In Zoom rehearsals, we offered students a text prompt or musical challenge like, ‘Pick a three note idea and play it as many different ways as you can,’ and then everybody would mute and go off for 10 or 15 minutes to find and record the sounds that are most meaningful to them,” explains Clay.

He continues, “The biggest a-ha moment was definitely after the first rehearsal and seeing everyone’s audio files—100 wonderful, beautiful, creative sounds from people literally around the world—pop up in the class folder. Regardless of whether or not the musicians were hearing each other in the same space, the sounds were unified in one way or another. Music is being made whether in one place or not.”

Anna Nordmoe (MM ’22 violin) and Christian Hales (MM ’21 double bass)—who have been studying at SFCM remotely from Michigan and elsewhere in California, respectively—also had multiple realizations while working on the Music for Hard Times project.

“This project changed my understanding of how music is made,” says Nordmoe. “Beforehand, I had a preconceived notion about how chamber music should be created—in a normal orchestra routine where I am playing Haydn or Mozart quartets in-person with my colleagues—but this project inspired me to make noises with things that excluded my primary instrument and experiment with musical concepts that were presented through words as opposed to notes written on a page. The experience of actually recording the tracks in my own time and space felt like a look inward—a chance to really reflect on the sound and the score and the composer’s vision.”
“I loved exploring some different ways to express ideas and emotions with my instrument, making weird noises, and getting lost in the meditative nature of a lot of the prompts,” says Hales. “And I also loved collaborating with the other artists. I think everyone was so happy to be interacting with new people and with other musicians. There was a really encouraging environment.”

The Music for Hard Times project culminates in a new recorded work, performed by the SFCM students, San Francisco Girls Chorus vocalists, and The Living Earth Show. The full work will be streamed on SFCM’s Vimeo channel May 27 following an introduction by The Living Earth Show, Valérie Sainte-Agathe, and Edwin Outwater.