"Words and Music" shares the stories and secrets of Rubin’s celebrated career.

Words and Music: Confessions of an Optimist chronicles Rubin’s work as a culture-beat reporter and his four decades leading the book business. In the memoir, he explores the topics of publishing, music, entertainment, and philanthropy, including his efforts advancing the mission of the Conservatory.

“In regard to the book as a whole, what stands out for me is the arc of Steve’s genius, his capacity to win trust, and his preternatural instinct for a great story,” said SFCM President David Stull, who provided remarks at a celebration launching the book. “Ten percent of his work is a career for the rest of us. Words and Music is a joy to read, but it’s also a wonderful portrait of its author.” 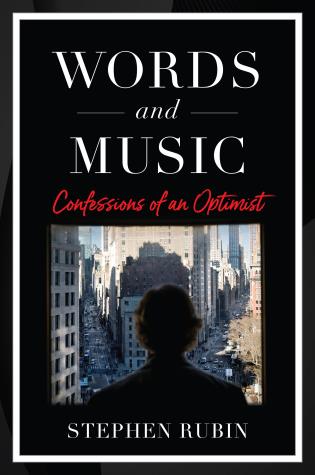 Rubin went on to join Bantam Books and rose through the industry ranks, ultimately serving at the helm of Doubleday and Henry Holt, among other roles. During his tenure, he witnessed–and led—dramatic change in the business while publishing such bestselling authors as Mitch Albom, Margaret Atwood, Dan Brown, Bill Bryson, John Grisham, and Ian McEwan.

“Between his passion for opera and publishing, Steve has met many of the luminaries in both fields, and quite a few reprobates as well. He brings all to life in this lively, hilarious, thoughtful, and often touching memoir,” New York Times-bestselling author Louise Penny wrote of the book. “He is wonderful company, as you will soon discover.”

Learn more about the Rubin Institute for Music Criticism.