San Francisco Conservatory of Music voice faculty member and baritone Matthew Worth was caught off-guard when a friend texted to say he’d won a Grammy. 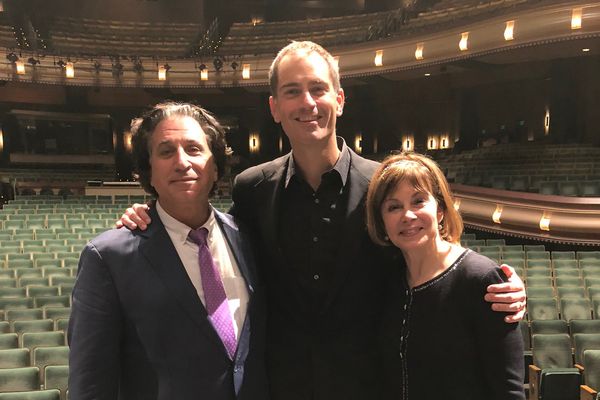 Richard Danielpour, Matthew Worth and conductor JoAnn Falletta (an Opus 3 Artist) at the 2018 premiere of “The Passion of Yeshua.”

“One of the goals of this piece is to bring people together in a constructive, intelligent and civilized dialogue about faith,” - composer Richard Danielpour.

Photo courtesy of Matthew Worth.

Though he’d planned a watch party with his family the night of March 14, his weekend plan changed when one of his children fell ill and needed caregiving – in fact, Worth forgot about the Grammy Awards until he got the news. “I told my wife and we jumped up and down and explained to our kids that it was a special moment after a lifetime in art to be recognized by this body,” he said. “It felt really satisfying and validating, like everything I’ve done for all these years had an exclamation point on it.”

The Recording Academy, which presents the Grammys to distinguish achievement in the music industry, awarded Worth and his creative partners the prize of “Best Choral Performance” for their recording of Richard Danielpour’s dramatic oratorio “The Passion of Yeshua.”

“The piece itself is fantastic,” said Worth. “It remarks on the commonality of value in this point of history and division. What I can bring to my students from it is the idea of communicating empathy – the idea that we can all do this together, that we are one and that music can bring us together.”

Worth’s role in “The Passion of Yeshua” was written for him; though the New York Times described his voice as “fully powered and persuasively expressive” and “simply superb,” he says he doesn’t think of himself as an amazing talent. Rather, he focuses on working hard, paying attention to the ink on the score and trying to understand the sentiment of the composer. “You don’t have to be perfect, you just need to be passionate” Worth offers the next generation of musicians. “The preparation of music itself can bear such great fruit. This music is not ancient. It’s not of the past. It is something of today and we have the choice to bring it to life with all of our hearts and all of our minds. In doing so, we can create something great.” 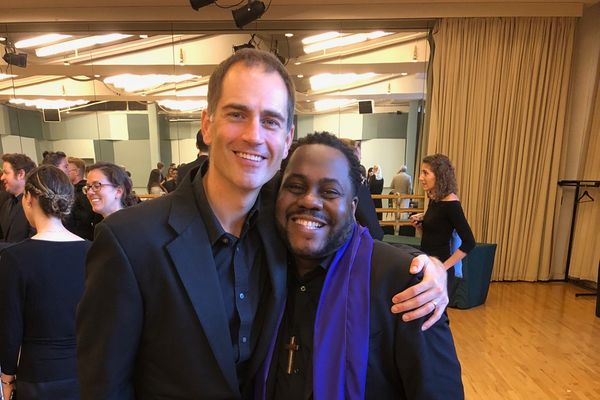 At the Oregon Bach Festival in July 2018. The oratorio is presented in both Hebrew and English.

Photo courtesy of Matthew Worth.

The 63rd annual Grammy Awards also brought SFCM artist-in-resident and opera singer Marilyn Horne a lifetime achievement award. In addition, about 30 SFCM faculty members who perform with the San Francisco Symphony were part of the recording for compositions “From the Diary of Anne Frank” and “Meditations on Rilke” by San Francisco Symphony Music Director Laureate Michael Tilson Thomas, who won in the category of best classical compendium.

“This year has been a really tricky one,” said Worth. “I suppose that’s another reason why the Grammy Award has been so special.”

For more details and to view a complete list of this year’s winners and nominees, please visit the 2020 Grammy Awards site.