The SFCM Orchestra takes the stage on December 11th with guest conductor Earl Lee. The performance will also include the debut of a notorious horn solo by one student.

It has been called the biggest horn solo in orchestral horn history and this weekend graduate student Henry Nordhorn will perform it for the first time with the SFCM Orchestra. For horn players, Pyotr Ilyich Tchaikovsky’s Symphony No. 5 immediately brings up thoughts of the rare two-minute horn solo in the second movement. “It’s both exciting and terrifying,” said Nordhorn of the piece.

One of Tchaikovsky’s more popular works, the symphony is filled with colorful writing for the horns that reflects both trends in Tchaikovsky’s approach to writing for horn and horn playing in general in the late 19th century. “The end of the first movement feels both ominous and (with) trepidation, which sets the solo up to sound both sorrowful and hopeful at the same time,” Nordhorn continued, “The solo itself is unique in the sense that it goes on for a long time - a two minute solo part in the context of a symphony is not common.” 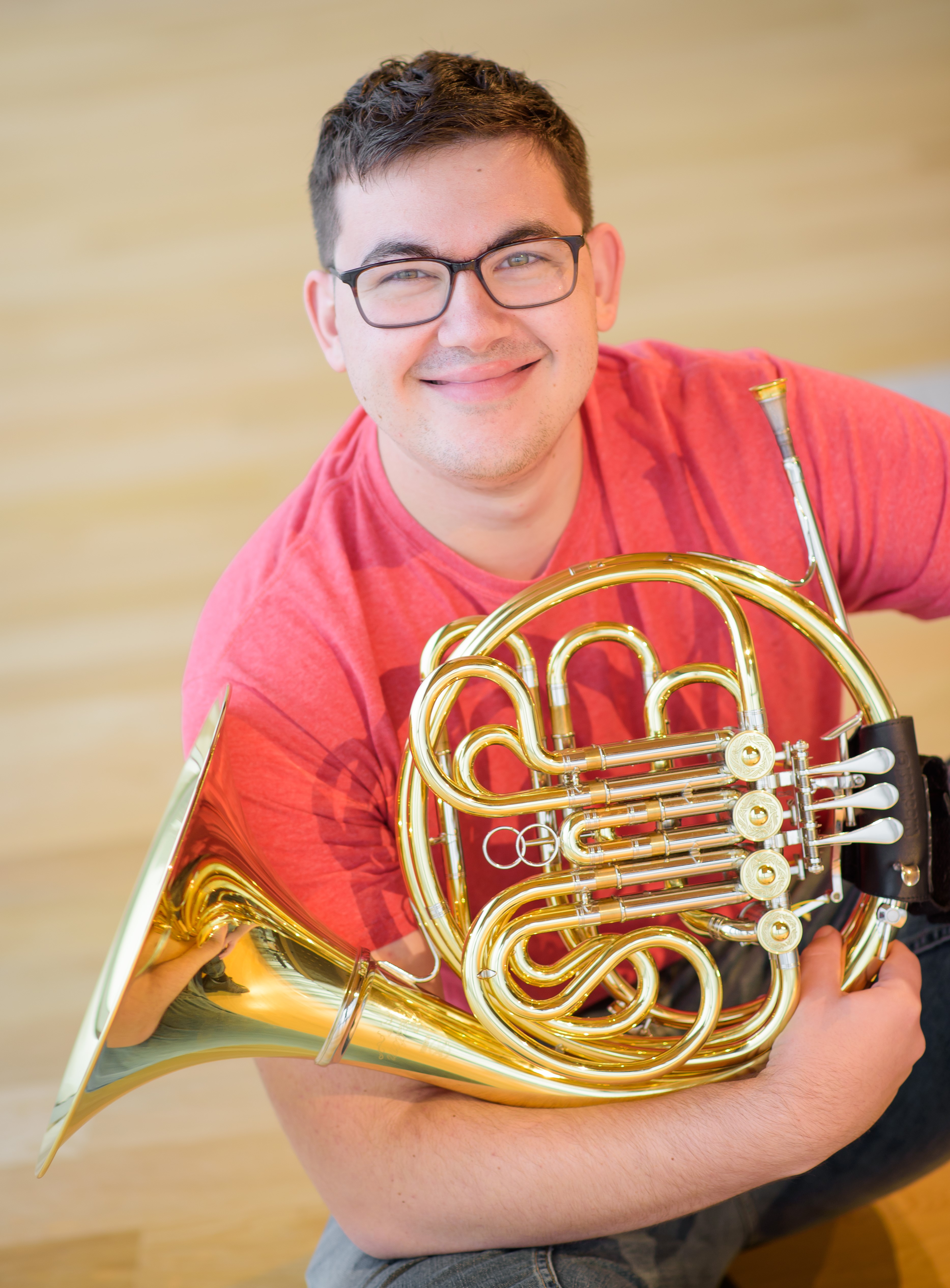 Preparing for such an iconic undertaking is no easy task, Nordhorn calls it deceptively challenging, “Everyone knows that pieces by composers like Mahler and Strauss are hard, so they approach them with extra care and attention. With Tchaikovsky, it is easy to get into the, "I know how this goes" mindset and miss the details and the excitement, and the energy that the piece needs to feel alive. Specifically as a brass player, it is also highly taxing and takes a lot of energy to fight fatigue by the end of it.”
The 23-year-old French horn graduate student studies under SFCM instructor Robert Ward. To prepare he has been practicing, and creating a concept of how he wants it to sound,  “My teacher talks about a three step process for passages like this: First - to make a plan; Second - to remember in the moment that you have a plan. Third - to actually do your plan in the moment. Having a plan includes not just how I am going to play it, but how I am going to breathe beforehand, and what I am going to think about during the eight bars before the solo starts, which are the most nerve-racking measures in the whole piece!”

For the upcoming concert Nordhorn is just excited to be part of the SFCM Orchestra and deliver a great performance, “Having colleagues that are highly skilled and dedicated to their craft makes the level of the group high, and everyone seems supportive of each other and wants everyone to play their best. When everyone locks in with each other and really gets into the music, it is a lot of fun!”

You can experience the SFCM Orchestra and Henry Nordhorn’s solo for yourself on Saturday, December 11th. The performance will also feature guest conductor Earl Lee, the new Assistant Conductor of the Boston Symphony Orchestra and recent alumni Julia Pyke ’21 is featured as a flute soloist in a piece by Lowell Liebermann.

With proof of vaccination you are invited to reserve in person tickets for this performance of the SFCM Orchestra with Earl Lee inside the Caroline H. Hume Concert Hall at the Getty center on Saturday December 11th.

All are also invited to watch the livestream performance at 7:30pm.

Get a sneak peak below!

Learn more about the SFCM Orchestra or studying Horn at SFCM.