By the time the 2020-2021 academic year started last October, most SFCM students had become adept at navigating the online learning process. Dorm rooms were converted to multi-functional living, working, relaxing, and rehearsal spaces, and students moonlighted as amateur audio/video engineers. Alexandra Sanchez (MM ’21) recalls going through the steps of creating a makeshift practice area by setting up her camera, adjusting the microphone, and regulating the lighting. It was less than ideal, but she learned to adapt. “During rehearsals, I would set everything up and have this loud crazy opera being played in my dorm room. I felt so bad for my neighbors,” she laughs. But her neighbors were doing the same thing.

The SFCM faculty was hopeful that in-person learning and performing would return in the fall. When that was not possible, they began to look for meaningful alternatives.

“We wanted to give our students an opportunity to do something as it was designed, to give them a real experience of performing,” says Heather Mathews, associate program director, opera and musical theatre. “So, I thought, let’s do a radio opera.”

Radio operas were a popular genre in the early 20th century when radio was becoming more prominent. The SFCM opera and musical theatre faculty spent time researching the category and were surprised to learn of the richness of the mini genre, and even came across some contemporary radio operas. The notion of storytelling through just the voice was intriguing.

The faculty landed on producing two radio operas: The Old Maid and The Thief by Gian Carlo Menotti, a one-act romantic opera with lush melodies, and Comedy on the Bridge by Bohuslav Martinu, an absurd comedy with military overtones.

Thanks to the conservatory’s pioneering Dante Audio Networking System—a technology that nearly eliminates digital audio latency—30 different practice and ensemble rooms could be linked together for synchronous performances.

“With the Dante system, we knew we could record the radio operas in their entirety, as they were meant to be performed. We weren’t having to pivot or compensate,” says Mathews.

That was a relief for Marcus Lonardo (MM ’21), who had a role in both radio operas.

“Frankly I came here in the fall thinking we were just going to have Zoom voice lessons the whole year. Those are doable, but they’re just not the same as in person,” he says. “Once the school started talking about the Dante system, that really helped cement some semblance of normalcy.”

The radio operas were approached like any stage show, with students responsible for their craftwork, including character development, research, and mastering the Mid-Atlantic dialect.

“Trying to learn to be a character in a radio opera meant not so much embodying the character physically, but truly communicating through inflections, which was a tool, but a different approach for them,” says Mathews. To assist with diction, the conservatory brought in professional dialect coach and English diction coach for the San Francisco Opera, Lynne Soffer. She encouraged the performers to perfect their inflection of the text, no matter how subtle.

The exercise was challenging for Lonardo, but he says he grew through the process. “I had never known the inflection of words and the way you have to massage them could make such a difference, and how a shade of breath can really influence a word or a phrase,” he explains.

The decision to perform and record the radio operas also opened up an interesting academic avenue; the ability to teach and focus on storytelling through the voice.

“The ability of a singer to use their voice as a storytelling device is always key to opera, but it is even more crucial when voice is the only expressive means at their disposal,” says Jose Maria Condemi, director of opera and musical theatre. “During rehearsals for our radio operas, we endeavored to make dramatic or musical choices which expressed character, motivation, and story by the sheer use of the voice.”

The auditory presentation had to completely captivate the audience, which also meant layering in sound effects for depth. That created an opportunity for collaboration with SFCM’s Technology and Applied Composition Program (TAC). Normally the two departments don’t overlap much, but the radio operas provided that experience.

“These operas gave our sound design students great first-hand experience of what it’s like to integrate sound into a real production that can be put on the radio,” says Taurin Barrera, executive director of TAC. 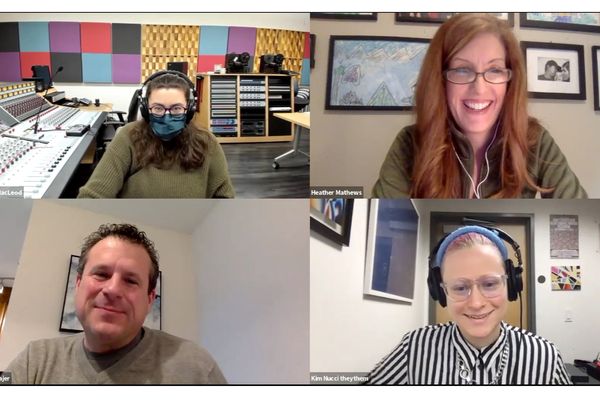 One of those students, Erica MacLeod (PSD ’21) was charged with creating the humanistic and abstract foley sounds for the opera, like a door opening and closing and distant warfare.

“Probably the most difficult part was getting the sounds to gel without being distracting,” she says. “Having something nonmusical in an opera is always a bit tricky.” The students had to get creative. For example, MacLeod resorted to slapping jello to elicit a realistic face slap, and used separate wooden boards and proper mic placement for the perfect door knock. “We had to find some interesting ways for things to sound authentic,” she says.

But the biggest challenge lay in the recording. The recording session for both operas was set for one week in February, which fully tested the Dante system and the cast.

“It was pretty scary because things could go wrong,” explains musical and managing director of opera, Curt Pajer, who commandeered classrooms, practice rooms, and even a conference room for the recording. “None of the rooms were designed for what we were trying to do.” The team did its best to get the sound levels as accurate as possible and then forged ahead. Pajer was in one room conducting, along with 11 masked string players. Each of the wind and brass players, along with the singers, were isolated in individual rooms, watching Pajer on closed circuit TV. Everyone had headphones on, so they could all hear each other; Pajer relied heavily on his assistant conductor, Dana Sadava to provide real-time feedback. In some instances, singers had not sung with anybody in over a year because of COVID-19 isolation. 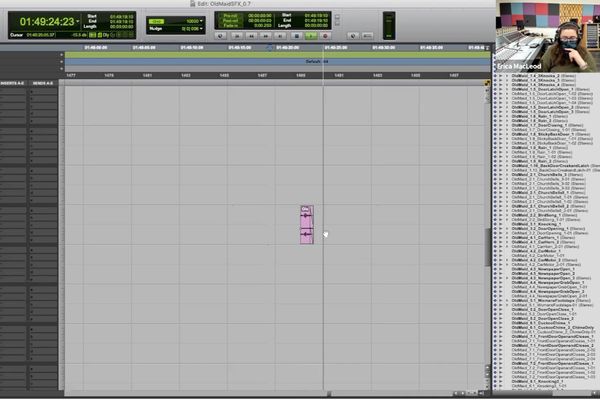 “It was pretty stressful, but I have to applaud the students,” says Pajer. “I was so proud of them; they were so professional and so calm.” Normally Pajer prides himself on a significant amount of cueing for the singers and the orchestra, but in the Dante setup, the process was different; everyone could see him, but he could not see them. “I really think it taught our students to listen to each other in a better way than they ever did before because it’s so direct,” says Pajer. “And I think that’s going to be a real positive skill for the students moving forward.”

Sanchez agrees, and felt the genre enhanced her listening skills. “I really had to listen and had to rely on what I was hearing and what I knew was right in the score in order to move forward and get better,” she says.

The Old Maid and the Thief will be broadcast on KDFC (who will soon relocate to The Bowes Center) on Sunday, May 16, 2021 at 8 p.m. PDT. In partnership with KDFC and presenting sponsor Harry Winston, the public is invited to join SFCM for a 6 p.m. PDT virtual program in advance of the radio broadcast, which comes complete with gourmet celebration kits delivered directly to your doorstep that include a McCalls catered meal and expertly paired wine. Table and ticket purchases directly support scholarships at SFCM. For more information, visit https://sfcm.edu/radioopera.

Get to know SFCM’s opera and musical theatre department.