Between classes and the practice room, SFCM students are used to spending long hours in the building at 50 Oak Street. This Winter Term, however, students of all disciplines had the opportunity to break out of their usual routine and, for many of them, to get out—not just into the dynamic city of San Francisco, but even further afield into the wider Bay Area.

Winter Term, a couple weeks in January between the Fall and Spring semesters, is a chance for students to take an intensive course, hone a particular skill beyond the standard curriculum, or just branch out into a different field of study that gives you a leg up post-college. With over 60 offerings by different faculty members and outside mentors, ranging from a one-day intensive to over a week, students are required to participate in at least one class, but often take advantage of several.

“I needed to take the Ottone Recitative Intensive because I was cast in the baroque opera,” says master’s student Mahsheed Massarat, “but I also chose to take Auditions Workshop for Opera Singers to get feedback from a real director.”

Exploring Music and Nature
Many faculty members ran with this year’s curricular theme of Music and Nature, often literally: Woodwinds Chair Jeff Anderle helped students build clarinet barrels out of Grenadilla wood at a local workshop. Humanities and Sciences Professor Matthew Siegel’s course Writing the California Coast took students outside the city, north of the Golden Gate bridge to the Marin Headlands, where they hiked, wrote reflections, and discussed the area’s indigenous, military, and conservationist history. “Being outside was really important for the students, and I always encourage them to take advantage of all the natural beauty the Bay Area has to offer,” says Siegel. “For most of them [it was their] first time being somewhere like that.” 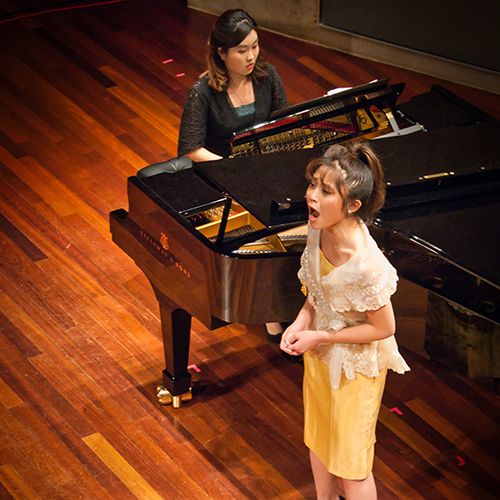 Citizens of the Globe Concert

Several chamber music students attended an idyllic retreat in Mill Valley, nicknamed “Camp Telegraph” in honor of SFCM’s famed resident quartet. “We stayed in a big house that had easy access to hiking trails, small waterfalls, and there was even a little meditation garden!” exclaimed Paulina Flores, an undergraduate viola student. For three days, they rehearsed, learned, and lived alongside members of the Telegraph Quartet. “It was extremely helpful to get such detailed feedback from [the quartet members] during our coachings,” says Flores, who also enjoyed the unique opportunity to learn from her peers and “get feedback and advice from my older colleagues, all of whose playing and musicianship I admire.”

“We were so proud and impressed with the progress and musical depth that the students accomplished in such a short period of time.” says Jeremiah Shaw, Telegraph Quartet’s cellist and faculty member. “Living chamber music all day and night for three days demonstrated how concentrated focus can produce results equal to...a semester. Being removed from outside distractions at the retreat, living together, working together, eating together, playing for each other, sharing our thoughts, and learning from each other bonded us together, producing amazing results in our final performance.”

Exploring Top Institutions
Some courses used Winter Term as a chance to simply get students out of SFCM and into some of San Francisco’s other world-renowned institutions. Humanities and Sciences Chair Nikolaus Hohmann took students on an Art History Treasure Hunt at SFMOMA. Associate Dean Ryan Brown’s course A Musician’s Role at the Ballet took pianists next door to the San Francisco Ballet, where they observed and played for dance rehearsals and, with Music Director Martin West, learned about the unique, creative skill set utilized by the Ballet’s nine full-time pianists.

Other courses took advantage of SFCM’s proximity to two of the Bay Area’s other world-famous industries: the sciences and wine. SETI and the Arts was helmed by faculty member Michael Gilbertson, a composer who teaches Music Theory and Musicianship at SFCM. The SETI (Search for Extraterrestrial Intelligence) Institute, nestled next door to tech giants like Google and Mozilla in Mountain View, encompasses dozens of scientists in such fields as astrophysics, astronomy, and environmental science, all working “to explore, understand and explain the origin and nature of life in the universe.” 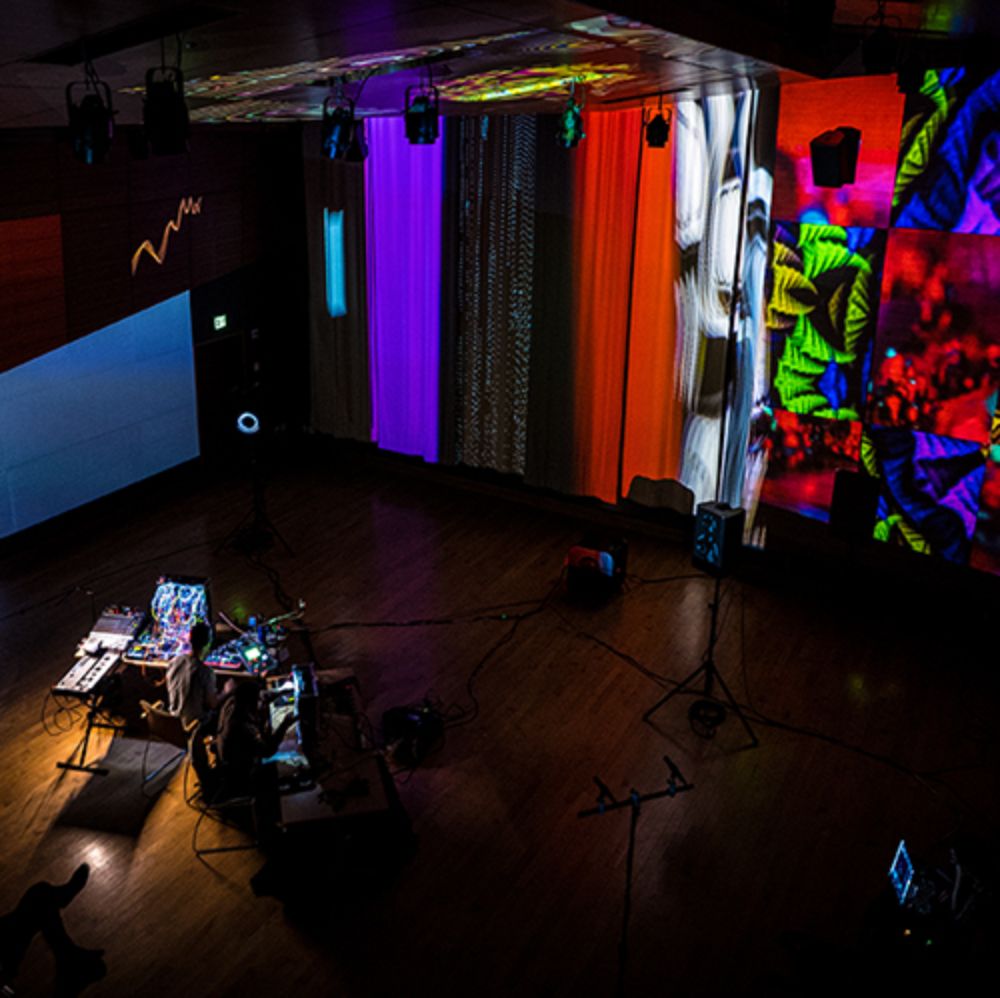 Aligning with their mission to integrate science with the arts, in addition to touring the SETI facilities and meeting with its scientists and artists, Gilbertson had students propose and develop new works of art inspired by recent scientific research or discoveries.“In addition to studying the Cosmos, SETI scientists study extreme Earth environments...They also work with artists through SETI's Artist in Residence program, providing research and data as inspiration for new works,” says Gilbertson.

Composition student Tamara McLeod found creative inspiration from touring the site and speaking with its scientists. “I had thought these fields were so different, [but] being able to be a part of a conversation with scientists, to recognize and discuss the vast similarities between the arts and sciences, has been an incredibly life-changing experience in how I view being a composer,” she says. “I was interested in learning about the way SETI...[and their] artists in residence create a platform in which these scientific explorations can be recognized and further explored through the arts.” Her project proposal was to write a piece inspired by extreme environments, using music to “express or make relatable these [places] that have had no prior human contact.”

Cross-pollinating Northern California’s world famous wine region with the Music and Nature theme, some students (aged 21+) put a different set of senses to use in the course Wine and Music Pairing, taught by Music History and Literature faculty member Alex Stalarow, who credits much of his interest in wine to his years living and traveling in France. Over three nights, students tasted a variety of Californian and French wines, experimenting with how the tastes and aromas corresponded to music. “For example, the register in the pieces that we’re listening to could correspond to boldness,” says Stalarow. “Lighter wines could be appropriate for pieces with higher registers or timbres, like winds or a soprano voice. A deeper, bolder red wine could pair with, say, cello or alto sounds.”
Stalarow hopes that the takeaways will go beyond personal enjoyment. “In wine tasting, we’re deliberate and thoughtful in what we sense and how it affects us, and that applies to music too. As musicians, we’re asking our audiences to listen with that kind of intention and thoughtfulness. And while things strike each person differently, there’s also a lot of common ground...This is a way to bring different senses and different parts of culture together.”
Allowing students to break out of their usual course load, exploring interests that expand their view and experience, Winter Term brought fresh artistic ideas to many students, making for a great start to a new semester. “I feel like my creative flow is ignited,” says composition student McLeod. “I was really inspired, and am going into the semester thinking about things from a different perspective.”

Winter Term takes place every January and is required of all SFCM students. It’s an incubator for ideas, a place to explore aspects of the music industry beyond performance, and is ultimately a place to be inspired to grow intellectually, artistically, professionally, and individually. Learn more about Winter Term.