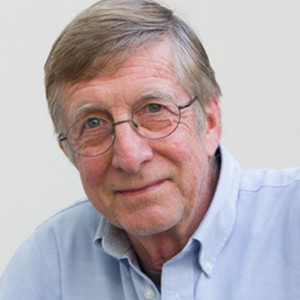 Alden Jenks presides over the computers, synthesizers and other state-of-the-art equipment in the San Francisco Conservatory of Music's electronic music studio. Jenks received a B.A. from Yale University and an M.A. from the University of California–Berkeley, where he studied composition with Andrew Imbrie and Seymour Shifrin. He also studied composition with Karlheinz Stockhausen and electronic music with David Tudor.

Jenks collaborated with the Canadian composer Martin Bartlett in Deus ex Machina, a touring performance ensemble utilizing homemade electronics in eccentric and sometimes noisy compositions. Later he became involved in the design and creation of the Grand Canonical Ensemble, an ambitious digital synthesizer. After joining the Conservatory faculty, he was persuaded by the availability of skilled performers to introduce traditional instruments into his electronic music more frequently (as well as to compose music for concert, theatre, dance, video, CD-ROM and recorded works for playback alone).

His music has been widely performed. His works Nagasaki and Marrying Music won awards at the Bourges Electronic Music and Viotti-Valsesia International Music Competitions, respectively.