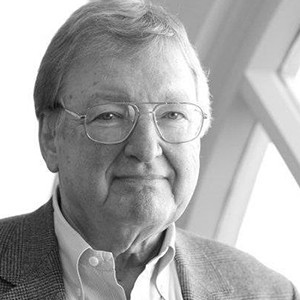 John M. Anderson was born in San Francisco, raised in Beverly Hills, graduated with a B.A. in Philosophy from Pomona College, and with a J.D. from the law school at U.C. Berkeley (Boalt Hall).

After graduating from law school, he first worked for the San Francisco Chronicle as a copy boy and feature writer; later as the news editor of the English-language newspaper in Geneva, Switzerland; and then as Administrative Assistant to the Chairman of the Democratic National Committee during the 1964 Presidential Campaign between Lyndon Johnson and Barry Goldwater.

In 1965 he began law practice in San Francisco, first with Johnson & Stanton, then as an associate and partner with Landels Ripley & Diamond, later as Special Counsel with Heller Ehrman, and now with Coblentz Patch Duffy & Bass. John has tried 45 jury cases and argued on three occasions to the Supreme Court of the United States. In 1986 he was elected a Fellow of the American College of Trial Lawyers.

More recently he has been recognized as one of America's leading counsel to the advertising community. In a 2000 profile, Los Angeles' principal legal journal described John as a consigliere to his many clients in the U.S. and abroad. His counsel has included ad agency strategy, acquisition opportunities, and, most notably, merger and sale transactions. Over the years, his clients have included a wide range of advertising firms from multinational holding companies and major independent firms to innovative start-up agencies.

He has lectured widely at legal and advertising gatherings, including California's Continuing Education of the Bar, University of California's Hastings College of the Law, the American Association of Advertising Agencies, and The Clio Awards.

John is an amateur scholar on the life and works of Hector Berlioz. He was an original member of what is now The Berlioz Society, and has written and lectured on France's great 19th Century composer.

John and his wife of 54 years, Jola Anderson, have lived most of their married life in one the oldest houses in Sausalito. They have had two children, a daughter, Erika Anderson-Embley of Sonoma California, and Edward M. Anderson (1966 – 2013).

Success of a Conservatory