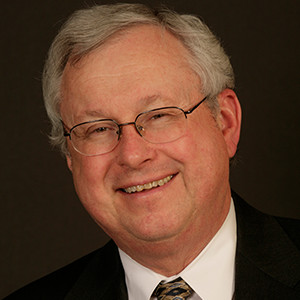 As a performer, McCarthy has appeared with the San Francisco Symphony in Davies Symphony Hall and at the Ojai Festival with the San Francisco Contemporary Music Players.  The John and Annamarie McCarthy Piano Duo has presented numerous performances at Stanford University, the Bracebridge Concerts at Yosemite National Park, and at CAMI (Columbia Artist Management Hall) in New York City. McCarthyʼs many involvements in contemporary music include ﬁrst performances of works by Gerard Grisey, Frederic Rzewski and Elaine Bearer, as well as recording for Composer Recording Society.

John McCarthy is widely recognized as one of today's leading pedagogues.  In 2006, he was one of three teachers of classical music in the nation to receive a Distinguished Teacher Award from the Department of Education and the White House Committee on Presidential Scholars in the Arts, at a ceremony in Washington D.C.  This honor was awarded to him again in 2013, acknowledging his "substantial contributions to the development of our nation's young people."  His students have appeared as concerto soloists with the Philharmonia Baroque, Royal Scottish National Symphony, San Francisco Symphony, Sydney Symphony Orchestra, Los Angeles Philharmonic, California Symphony, and with several youth orchestras, including San Francisco Symphony Youth Orchestra and California Youth Symphony.  They have performed at the Gewandhaus in Germany, the Verbier Festival in Switzerland, the Kennedy Center, in San Francisco's Davies Symphony Hall, at Disney Hall in Los Angeles, and on the nationally televised "From the Top at Carnegie Hall."

In 2011, McCarthy was bestowed the title of "Director Emeritus" by the San Francisco Conservatory of Music in a ceremony marking his retirement after 16 years as director of Preparatory and Extension Divisions.  During his tenure, McCarthy represented the Conservatory on the Education Committee of the San Francisco Symphony and brought the Preparatory Division to a place of international prominence.

New Music at the Conservatory