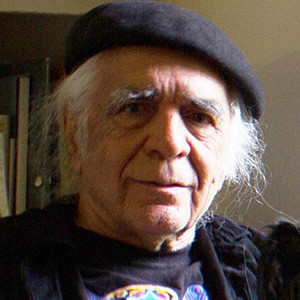 Ramon Sender was born in Madrid, Spain in October of 1934 to Ramon and Amparo Sender. Among his music teachers were George Copeland, Elliott Carter, Henry Cowell and Robert Erickson. Ramon studied at the Conservatorio di Santa Cecilia in Rome, received his Bachelors of Music in Composition from the San Francisco Conservatory of Music, and his Masters from Mills College.

As a student at the San Francisco Conservatory of Music, Ramon built an electronic music studio in the attic of the school's previous location at 1201 Ortega Street. Upon graduating from the Conservatory in 1962, he co-founded with Morton Subotnick the San Francisco Tape Music Center, which was later renamed the Mills Center for Contemporary Music, and is still in existence today. Through the years, Ramon has collaborated with a number of composers and visual artists, including Anthony Martin, Pauline Oliveros and Terry Riley.

In 1966, he co-produced the Trips Festival with Ken Kesey and Stewart Brand; a large psychedelic event in San Francisco that featured, among others, the Grateful Dead and Big Brother and the Holding Company.

Aside from his music, Ramon is the author of a number of novels, novels, short stories and essays. Samples of his writings can be found on his website (www.raysender.com).