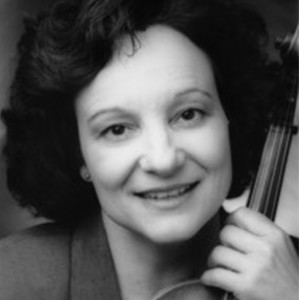 Susan Bates, violist and champion of chamber music education holds the 1992 award for "Excellence in Chamber Music Training" from Chamber Music America, and has instructed violists and chamber musicians in the Pre-College of San Francisco Conservatory of Music since 1982, guiding many in the art form of chamber music who are now pursuing careers as professionals as well as playing chamber music "for the love of it".

Susan Bates is a founding member of the New Age String Quartet that worked under the tutelage of the Paganini Quartet. She was for seven years instructor at San Jose State University serving as violist of the faculty ensemble, the San Jose String Quartet. The Quartet worked closely with composer Lou Harrison, giving the premier of his Quartet Set (1978). Ms. Bates also recorded Mr. Harrison's Threnody for Carlos Chavez (1979) for Solo Viola with Gamelan Sekar Kembar for CRI. In 2010, Susan Bates retired from the viola section of the San Francisco Ballet Orchestra after 34 years. Ms. Bates currently serves on the Boards of Directors of San Francisco Friends of Chamber Music and the California Music Center (Irving M. Klein Competition). She is the 2013 recipient of the Tom Heimberg Viola Advocate Award from the Northern California Viola Society.