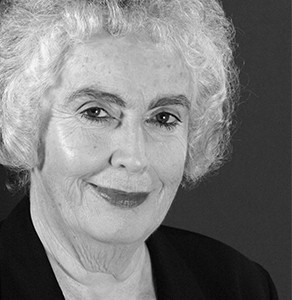 Willene Gunn served as a member of the faculty of the San Francisco Conservatory of Music for 30 years, as Director of the Conservatory Opera Program. Upon her retirement in the spring of 2005 the Conservatory conferred upon her the honorary degree of Doctor of Music. Ms. Gunn taught voice at the University of California at Santa Cruz, and staged operas in workshops at the University of California at Berkeley and the University of Nevada. She directed over 90 major works by Mozart, Verdi, Puccini, Bernstein and other major composers for Nevada, Sacramento, Arizona Operas, Rogue Opera and the San Francisco Opera Center and other companies in the San Francisco Bay Area. A graduate of the San Francisco Opera Merola Program, Ms. Gunn performed extensively on the West Coast as a dramatic mezzo-soprano with the San Francisco, Portland, Seattle, Oakland and Nevada Opera companies in Aida, Falstaff, Peter Grimes, The Medium, The Consul and numerous others. Her symphonic repertory included Verdi's Requiem and Beethoven's Ninth Symphony. She performed in operetta, musical comedy and legitimate theater, in roles ranging from most of the mezzo-soprano roles in Gilbert and Sullivan, the alto leads in The Sound of Music, Carousel, and South Pacific, and as Hecuba in The Trojan Women. She produced and directed over 35 productions at the San Francisco Conservatory of Music, and in 2000 the Conservatory awarded her the Sarlo Award for Excellence in Teaching. While at the Conservatory, she directed over 100 scenes a year in the opera workshops.

In southern Oregon, Ms. Gunn served as Artistic Director of Rogue Opera from 2006-2009 directing the highly-acclaimed Merry Wives of Windsor, The Magic Flute and La Bohème. She co-created Rogue Opera's Opera in the Schools program OperAntics! and created, directed and produced three Opera Workshop with Voices from the Valley Opera Scenes Concerts during her tenure. Ms. Gunn has served as Artistic Director from 2010-2016 for Brava! Opera Theater and James Collier Young Artist Program in Ashland, Oregon, where in addition to four workshops she has directed six chamber works. Ms. Gunn's textbook, Teaching Opera, The Role of the Opera Workshop …With Scene Catalogue, written in partnership with Kathryn Cathcart, was published by Leyerle Press in February, 2008.