This bleak uncertainty was flutist Michelle Sung’s (M.M. ‘20) life with focal dystonia, described by the Mayo Clinic as a “movement disorder in which muscles [in one part of your body] contract involuntarily, causing repetitive or twisting movements.” 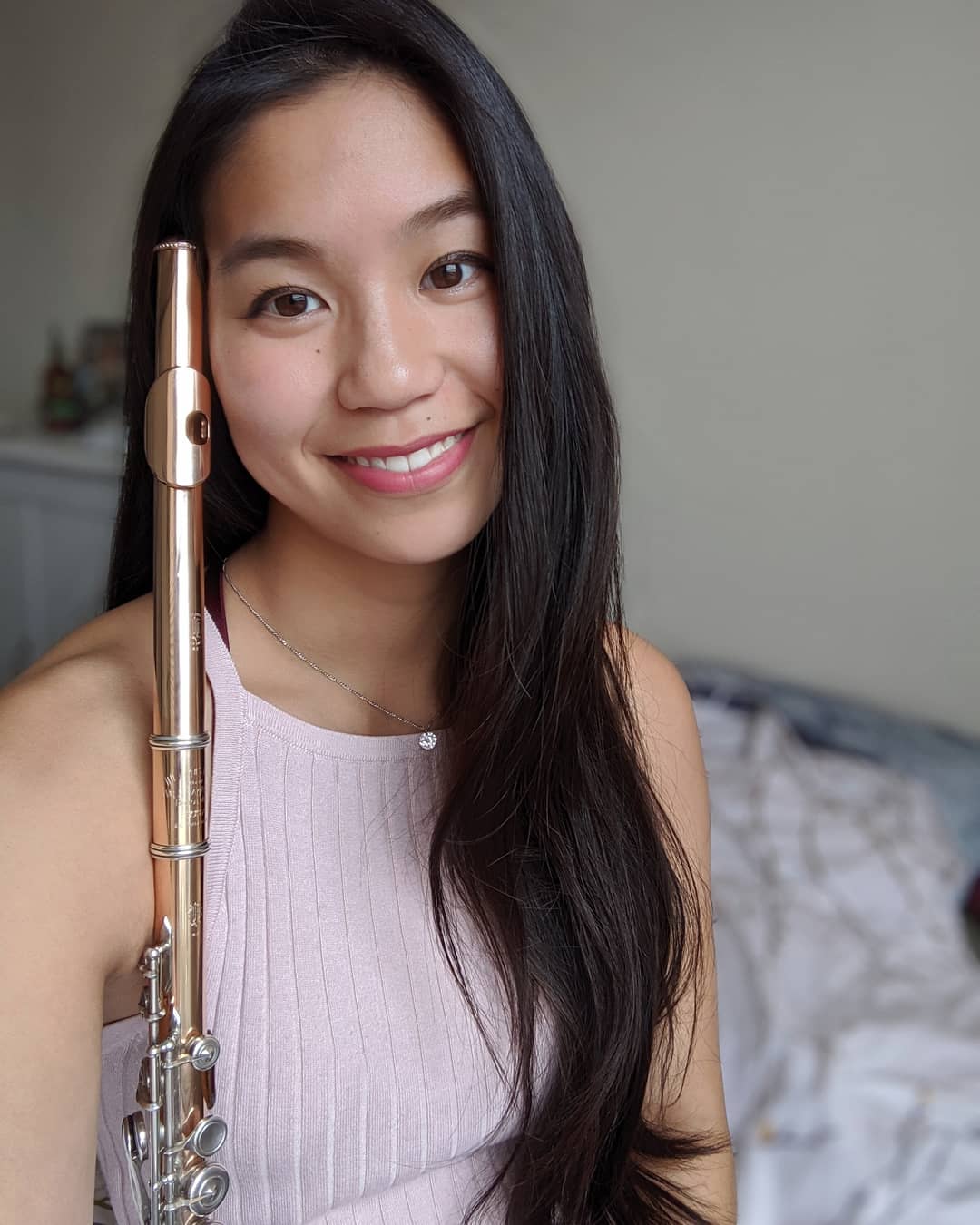 FOCAL DYSTONIA IN CLASSICAL MUSIC
Musicians describe focal dystonia as your brain sending garbled signals to your hands and fingers, causing them to do things out of your control. For Michelle, it often rendered performance impossible: “I couldn’t even put my hands on the instrument, some days,” she said, “Others, I couldn’t even lift a ring finger.”

Focal dystonia has become increasingly well known within the classical music community, with notable cases of oboist Alex Klein, whose contraction of the disorder contributed to his early retirement from his principal position with the Chicago Symphony in 2004, and pianist Leon Fleischer, whose contraction of the disorder led to a well-documented career performing one-handed before managing the dystonia decades later.

However, early-career musicians do not receive the same type of public attention. Often, told of the nearly non-existent chance of recovery, they resort to jumping career fields, or shifting their role as a musician to teacher, not performer.

Michelle heard this same advice from doctors: focal dystonia was something to manage, not cure. Essentially, the race to reach 100% functionality had no finish line at all.

Michelle would create one.

CAN’T STOP, WON’T STOP
A talented flutist, Michelle Sung graduated with a Bachelor’s degree from the New England Conservatory of Music when she suddenly started experiencing bizarre symptoms during her auditions for graduate school—it was as if her hands had lost all semblance of muscle memory, and even beginner scales became impossible. When Michelle tried to press on, the unexplained condition only grew worse—she even dropped her flute during a professional audition in Europe. She needed help.

At first, doctors gave confusing, contradictory, and even unhelpful diagnoses.

“I was diagnosed with early onset Parkinson’s,” Sung said. “Doctors told me it was just “all in my head” and gave me anti-depressants. I was sent to seizure specialists. My hopes were crushed over and over—nobody knew how to fix my brain.”

Thankfully, her brother had heard about a rare neurological condition called focal dystonia before, and suggested as much to her. After individual research, Michelle suspected her brother was right, getting several doctors more familiar with focal dystonia to confirm the diagnosis, traveling to specialists in Germany, Boston, New York, Canada, and California.

“I knew if I truly wanted to feel satisfied with my career, I couldn’t just manage symptoms. I had to fight and cure the disease.”

“They didn’t have a magic cure,” Michelle remembers, “but reassured me that recovery, although very unlikely, was indeed possible. Most of them had never seen anybody recover fully, but in that moment, all I needed to hear was that it was possible.”

Of course, Michelle had to consider the possibility that she wouldn’t be able to beat the odds, and thought about her interests in neurology and psychology. She enrolled in a local community college’s psychology course, and knew right away she wasn’t going to quit the race to recovery.

“For me, sitting in that class, I knew quitting performing wasn’t what I wanted,” Michelle said. “I couldn’t come to terms with giving up—I was too stubborn. I didn’t want focal dystonia to beat me.”

She could have lived with the disorder, like Klein, Fleischer, and many others before her, but she knew that without an established career, ascending the already cutthroat classical music ladder would be impossible. As Michelle recalls from reading online forums, “A lot of people just managed it. I read about someone who was diagnosed in 1984, who shared that they couldn’t even remember what performing felt like without the disorder. I knew if I truly wanted to feel satisfied with my career, I couldn’t just manage symptoms. I had to fight and cure the disease.”

If the finish line didn’t exist, she’d create one.

Sung tried to bring a sense of normalcy into her life by getting back into the graduate school track. She found a home in SFCM’s Master of Music program under Tim Day, a teacher willing to fight the battle with her.

“When I told Tim about my condition before coming to school,” Michelle said, “he was incredibly optimistic, telling me that I was going to be fine and that we’d work through it together. I didn’t feel the same way, but in that moment [a message of hope] was all I needed to hear from him—I truly felt I’d be supported. He really changed everything for me.” 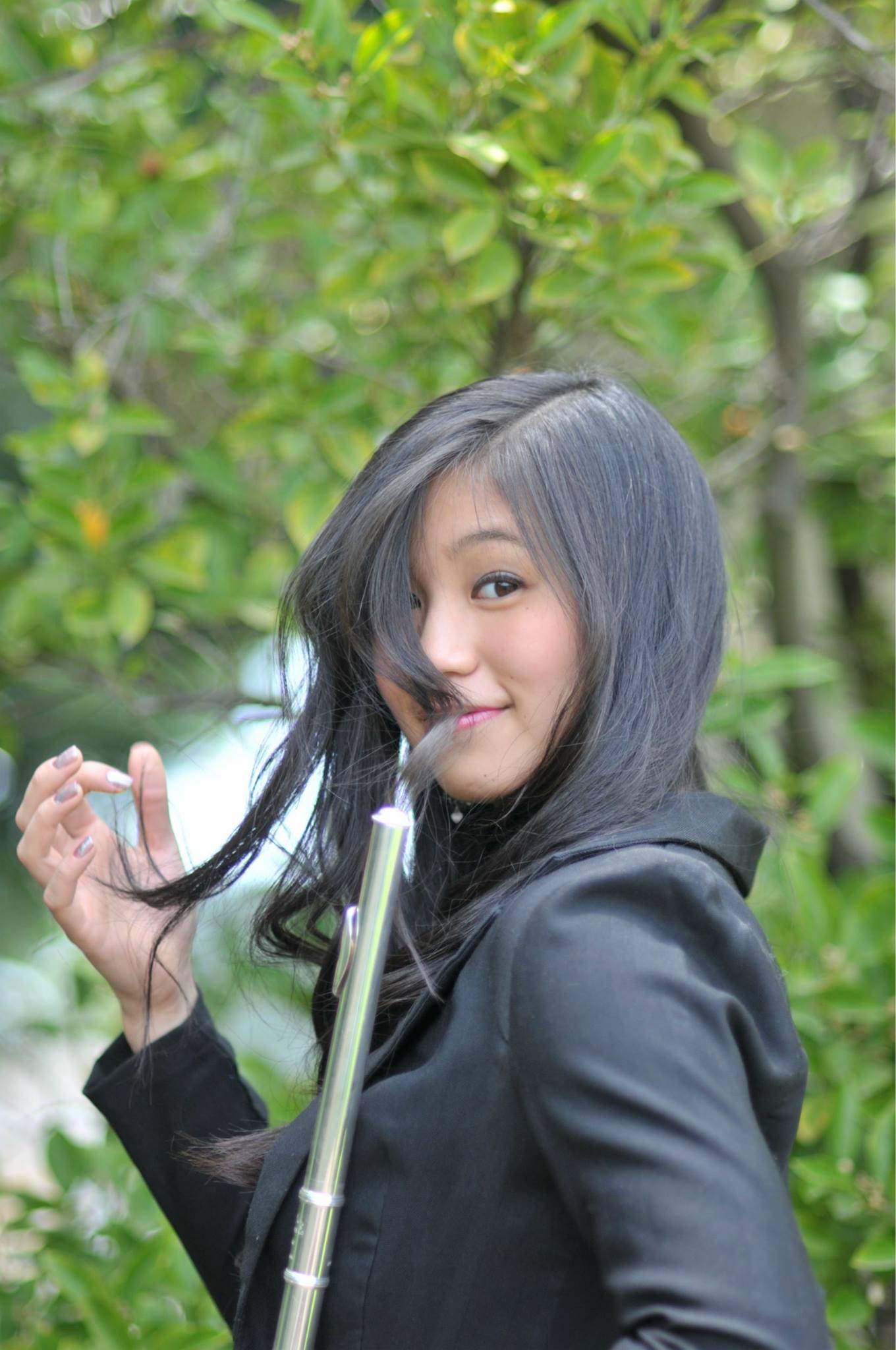 Though he had never worked with a student with focal dystonia, Tim Day had another experience to draw from. “I was with the Baltimore Symphony when Leon Fleischer was resident conductor. Michelle had kind of a few lessons with me prior to all this, so I always hoped to work with her. We were delighted to accept her, and that didn’t change with [the diagnosis.]”

Unfortunately, despite Michelle and Mr. Day’s best efforts, her initial recovery efforts stagnated. Improvement ranged from sporadic to non-existent, and even basic scales remained a seemingly insurmountable challenge. One performance in studio class was particularly mortifying. “I messed up all over,” Sung said. “I knew I needed more time to recover without the pressure of school performances.”

Michelle then worked with SFCM to take medical leave for October. “The school was so, so accommodating with me and what I was going through. I am incredibly grateful to them for that.”

Still as determined as ever, Michelle committed to finding, or even creating the finish line of the marathon to recovery, and decided to stay in San Francisco. To pay rent, Michelle found teaching jobs in the area, working with a variety of very young students in flute and piano.

“Every day, I picked up my flute and tried to do small movements,” Sung recalls. “Most of the time, my hand would seize up just after a few seconds, and I had to stop. it was so hard to see a pattern and I didn’t see myself getting better. Some days I would be able to play a few notes, and other days my hands couldn’t even remember how to hold my flute.

But Michelle kept running the marathon. She developed a plan of recovery that involved strict discipline of putting the flute down at even the slightest hint of symptoms: “I didn’t want to wire my brain to associate any movements from the dystonia with performing. I just kept at it, staring in the mirror every day, telling myself that there's no way this is not going to work.”

“I truly felt I’d be supported. [Tim Day] really changed everything for me.”

Eventually, after two years with the disorder, Michelle rounded a corner and could spot a finish line. “It was little victories at first, like being able to move my ring finger in a consistent way. But I kept at it and my symptoms got lower and lower. The smaller victories turned into big ones. I continued to manage, and felt like I could re-enroll at SFCM.”

Her teacher, Tim Day, was effusive about her character and progress.

“I couldn't imagine dealing with the stress and the heartbreak of that situation,” Day said in an interview. “But Michelle had a personal determination to work through it and sort of be able at the same time to maintain her sanity. She’s very, very, very sharp and determined.”

THE VIRAL FACEBOOK POST
Returning to school felt like a milestone in itself, but nothing would compare to her first Master’s recital this past October, when she would give an exuberant performance, 100% symptom free.

“Getting on stage and performing again for friends and family, after living with these symptoms for two years… tears came down my face. I had never been that emotional playing flute.”

She crossed the finish line.

In the aftermath of her triumph, Michelle wanted to share her experiences online, but felt torn about going public. On the one hand, associating her name with “focal dystonia” put her career at risk. What if a school, ensemble, or orchestra decided not to hire her after finding her story online? On the other hand, that risk is itself caused by ignorance of focal dystonia—ignorance that will persist unless people like Michelle speak out.

She decided to post on Facebook. And it went viral, shared nearly 100 times to an outpouring of not just support, but others who privately shared their own experiences with focal dystonia.

“After the post,” Michelle said, “I got over 100 messages from others diagnosed with focal dystonia, including many non-musicians. For some of the people that messaged me, getting focal dystonia meant they couldn’t walk, or they couldn’t swallow food. To read everyone’s account was very, very emotional.”

As she describes it, Sung has made a full physical recovery, and her flute career picked up right where she left off: in her first professional orchestra audition since recovery from focal dystonia, she advanced to the final 10 out of over 100 flutists.

Having witnessed much of Michelle’s journey, Tim Day beamed with teacher’s pride: “Through her determination, belief in herself, and I think a lot of encouragement from just about everybody that's known her—it gives me so much joy seeing her get to the other side.”

While Sung can’t give a one-size-fits-all blueprint to recovery, her experiences give her hope that recovery is possible, and she intends to spread it, and is even compiling tips from her own path to recovery that she will share with others seeking to find the same cure Michelle did.

“I'm very confident that each person can figure it out if they can outsmart the disorder if they’re given the right kind of support. Hopefully by spreading awareness of my own journey, I can make a difference for the next person.” A new leg of the race begins.