Music Heals: SFCM Alumni and Students Perform and Work with the Incarcerated

There’s a growing movement to use the power of the arts to help people break out of the cycle of incarceration by building self-esteem, community, and creative thinking. Several SFCM alumni and students are at the forefront of this movement, fostering workshops, lessons, and performances in which inmates experience the transformative potential of creating art. 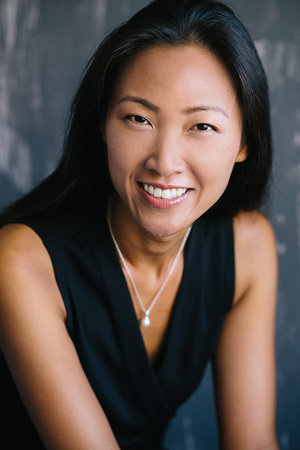 Song is currently the Executive Director of Decoda, a New York City-based musical collective (and an Affiliate Ensemble of Carnegie Hall) with a strong commitment to community and educational programs. Through Decoda, Song inspires “to cultivate curiosity, connection, and compassion in our communities by deepening the musical experience for both performers and audiences.” One of the many ways that Decoda does this is by sending performers—like Bryant, who directs the company’s criminal justice initiative, Music for Transformation—to work with incarcerated individuals.

“I never visited a prison before going with Decoda,” says Song. “The intentionally stark environment felt like a strange backdrop for the respect and rapport I experienced between our artists and the men of the music program there. Claire knew each man by name as they greeted us one by one with a handshake and warm welcome. Together, we performed, we listened, gave and received feedback, asked questions...I felt and witnessed connection, compassion, and curiosity prompted by music that ranged from folk, country, and hip hop to Brahms, Mozart, and Berg.”

These programs, while transformative for the incarcerated students, have helped its teaching artists grow as well. Says Song, “I realized then, and in every Decoda project since, that our idea of artistry is as much about the quality of interaction between artists and our communities as it is about the quality of the musical performance.”

Stone has also worked with the incarcerated while serving as San Francisco Opera’s Community Programs Manager. She championed a program that led to opera artists performing for incarcerated individuals at San Quentin State Prison, the oldest such facility in California. While the prison has a history of inviting musicians to perform—from BB King to Metallica—San Francisco Opera’s program was the first to bring a classical music concert to the prison. As Stone says in her 2018 speech at TN Inspire: “Once the performance was over, an impromptu meet and greet began. A line formed all the way around the chapel that we were performing in so that each incarcerated individual could individually thank and talk to the artists and explain to them how meaningful that experience had been.”

Alumnae like Song, Bryant, and Stone are making SFCM proud by championing connection and healing through music. But, they’re not the only ones who have caught the spirit of service.

Current students recently experienced the power of giving back through a Winter Term course called Songwriting with Incarcerated Musicians. As part of the course, seven SFCM students joined the musical legacy of San Quentin State Prison and followed in the footsteps of Johnny Cash—whose famous 1958 performance at San Quentin State inspired a then-incarcerated young Merle Haggard to pursue music—by sharing their music with incarcerated individuals. Unlike Cash and the SF Opera program, the students didn’t only perform for the inmates; they helped bring out their creative sides by performing alongside them.

Director of Professional Development and Engagement Center Rachael Smith and Voice faculty member Matthew Worth worked with the nonprofit Musicambia to develop the course, inspired by its vision of “build[ing] supportive communities where incarcerated individuals can build human connections, engage in learning, and rebuild their lives.” Together with Musicambia’s Brad Balliett, students helped incarcerated men express themselves by writing and singing their own songs. Then, they created arrangements of the songs and brought them to life. “We rehearsed with those incarcerated men who were speaking, singing, rapping, and playing instruments,” says Worth, “and at the end of four days, we put on an amazing concert for dozens of fellow incarcerated people, staff, and volunteers.” 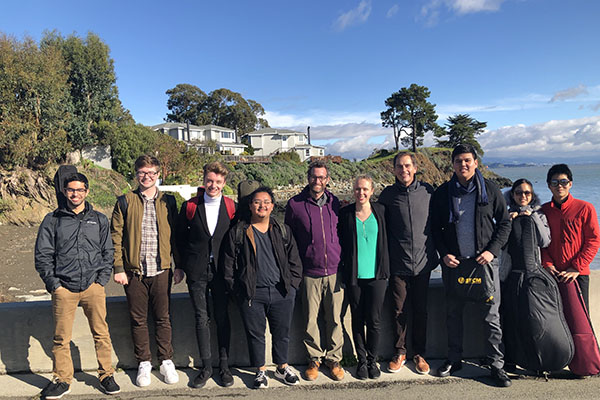 SFCM Winter Course led by Rachael Smith and Matthew Worth in collaboration with Musicambia, students helped incarcerated men express themselves by writing and singing their own songs.

The experience was transformative for everyone involved. “I hoped that students would gain increased awareness of the impact that their music-making has on the people around them,” says Smith. “I was thrilled to witness flexibility, positivity, and creativity from both SFCM and San Quentin participants that made for strong collaboration and fantastic music!”

“Everything we know about prison we've learned from the movies, and within my first five minutes at San Quentin, I knew all of these preconceived notions were completely false. We worked with the most excited, passionate, and beautiful souls that I had ever met. Everyone was overjoyed that we were there, and it showed in the music we were able to create together,” says Michail Thompson (trumpet, ‘22). “Music helped us connect immediately with the prisoners because in an environment as safe as a prison, at no time did anything besides love and compassion show through the music we created together. When we weren't actively working on a piece, students were having long conversations with the prisoners. I can confidently say that through our shared experience of music-making, we established real and meaningful relationships with almost all of the inmates. We still talk about how much we miss working with them and would love to go back.”

“Over the four days spent talking and playing music with prisoners, I realized how powerful music could be, says Zoe Lee (cello, ‘22). “It built up the intangible bridge between us. There was no wrong and right in music.”

“We all learned so much about those incarcerated men and related to them and empathized and made some darn good music,” says Worth. “I am so proud of our students for the work they put into this project and for how they represented SFCM with dignity and grace.”

Whether alumni or students, SFCM’s legacy of crafting engaged citizens of the world remains strong.