Since graduating from SFCM, Esther Tonea (MM ‘18) participated in the 2019 Merola Opera Program and was named an Adler Fellow at San Francisco Opera, where she will make her debut this June in Verdi’s Ernani. It’s been a big couple of years for the rising star soprano, who didn’t originally intend to become a singer. 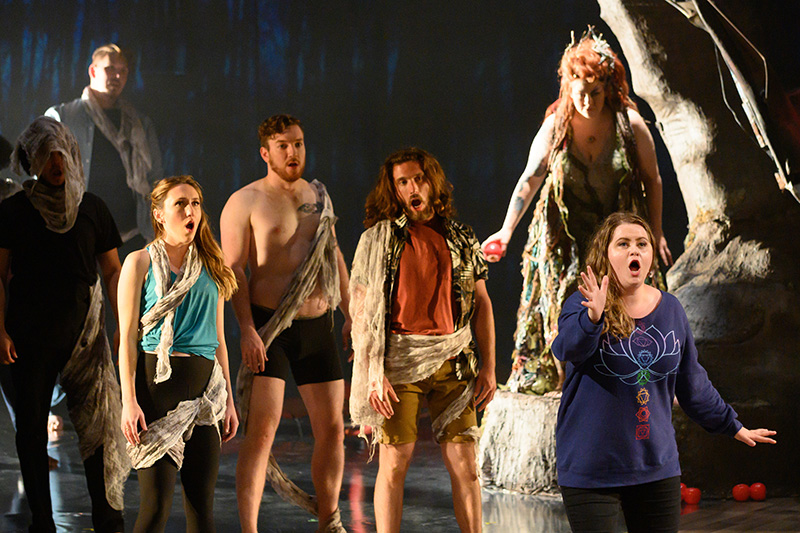 If I Were You World Premiere

From Science to Music
“Voice was something unexpected,” explains Tonea. “When I started undergrad I wanted to do cello and neuroscience—with the intention of going the neuroscience route—but I found myself so in love with music that I couldn’t live without it.”

As a result, Tonea switched to studying only music, with a focus on cello. She later added voice to her degree because, in her words, “I was an overachiever.”

But soon, voice took over.

“I had to seriously think about what my grad studies would be...and at that point it was a gut decision,” she recalls. “There was something a little more innate about voice than cello.”

Finding Her Voice
Tonea’s intuition brought her to SFCM and to her teacher, César Ulloa, Chair of the Voice Department.

“I love working with César,” says Tonea. “He always goes the extra mile for his students and he’s an incredible technician...he’s able to take an entire cohesive technique and turn somebody around.”

Tonea specifically wanted to work with Ulloa, because of his reputation for strengthening technique. While all singers must be experts in this respect, she feels it is even more crucial for the competitive soprano voice type. As is pacing yourself—another way Ulloa’s guidance has shaped her voice.

“I'm coming at things with a cellist mindset and the fingers don't tire out as quickly as the voice does,” she says. “Sometimes I get really excited about repertoire or how many projects I take on, and [César]...has always encouraged me—and all of his students—to just take their time with the repertoire and enjoy what you have in front of you because there’s so much to explore in any piece.”

Reflecting on his time with Esther, Ulloa says she has “a gift for singing” and that “it was a pleasure to work with her at SFCM.” He continues, “She has an exceptional voice, innate musicality, impressive work ethic, and a total commitment and passion for taking her performance to the highest level.”

“[Milissa’s] class was really great because we got a lot of time to focus on just acting instead of acting and singing,” discusses Tonea. “It helped to isolate [acting], learn to get into our bodies, and be more confident.”

After graduating from SFCM, Tonea spent time gigging and auditioning. But she knew that she needed to perform on the mainstage to take her career to the next level.

A Breakthrough World Premiere
Building upon the skills she learned at SFCM, Tonea won the audition for San Francisco Opera’s Merola Program, an intensive summer training ground for the next generation of opera singers. There, she starred as Diana in the world premiere of Jake Heggie and Gene Scheer’s If I Were You. It’s a story of a young man who makes a pact with the devil to be able to transfer his soul into other people’s bodies. And it’s a role that changed the way she performs.

“It was a big challenge for me as an artist because Diana goes through so many emotional struggles…really in-depth, and spiritual battles,” she explains. “During the entire process, I wanted to let go, wanted to express more…[but] coming from the student aspect into a big production like this, it can be scary to feel so emotionally vulnerable to an audience.”

Tonea conquered her fears during the first run-through of the staging. 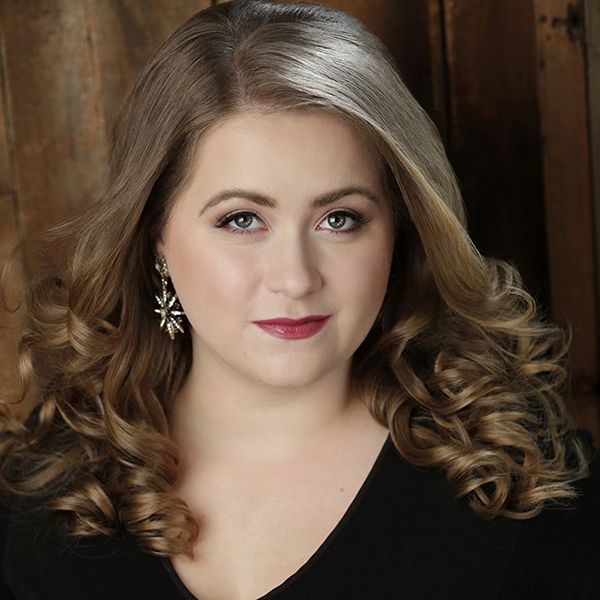 “Jake and Gene were both there—every single person that had anything to do with the production was watching,” she recalls. “That was when I decided to take the first big step in releasing more as an actor—and now I don’t want to [perform] any other way.”

Months after learning to let go on stage and wowing audiences in If I Were You, Tonea was selected as a recipient of the SF Opera Adler Fellowship, a prestigious performance-oriented residency where she will have the chance to sing in mainstage productions and in concerts around the Bay Area. Her first mainstage performance is in Verdi’s Ernani this summer.

The Fellowship also gives her the opportunity to work with mentors she met at SFCM—this time at the professional level.

SFCM Collaborations Carry On After Graduation
Tonea continues her coachings with Ulloa—who teaches the Adler Fellows (as does faculty member Susanne Mentzer)—and she will work with another familiar face on Ernani: SFCM’s Director of Opera and Musical Theater Jose Maria Condemi is the production’s stage director.

“When I was at the Conservatory, my first opera was Suor Angelica directed by Jose Maria,” she says. “Now he will be the director for my San Francisco Opera debut.”

Tonea will sing in two upcoming concerts with pianists—the first with Warren Jones (MM ‘77) and the second with Martin Katz—who taught her in master classes at SFCM. (Katz will return to SFCM this fall as an Artist-in-Residence.)

“I’m so excited to collaborate with both of those pianists that I first got to work with at SFCM and...to work together, instead of [at the] teacher-student level, now as collaborators,” says Tonea. She jokes, “I’m really having to up my game.”

Find your voice at SFCM.