SFCM’s Roots, Jazz and American Music department is spearheading a joint Latin and Big Band concert April 30, in conjunction with the Herbie Hancock Institute at UCLA.

SFCM wants San Francisco to get down.

The concert’s genesis was over a year ago, with Hainsworth and Mauleón discussing a way to remind people that, at its heart, their department is based on dance music.

“This music began, not in a concert hall setting, but in dance halls,” Hainsworth, the program’s director, reinforced. “The Duke Ellington Orchestra or the Count Basie Orchestra or Tito Puente, they played at really big, famous dance ballrooms, like the Savoy or Tropicana. It’s one thing to explain that to students, but it’s another to see people actually moving to this music.”

Jazz in America began in New Orleans, which was unusual in the Antebellum South for “giving” slaves Sundays off. In 1817, the city’s mayor issued an ordinance restricting their gatherings on that day to the city’s Congo Square, and European instruments and songs began to creep into these gatherings, joining the African instruments and rhythms the slaves played. In the late 19th century, formalized concerts, put on by the Creole community, began to nudge this cross-pollination towards the earliest iterations of jazz. 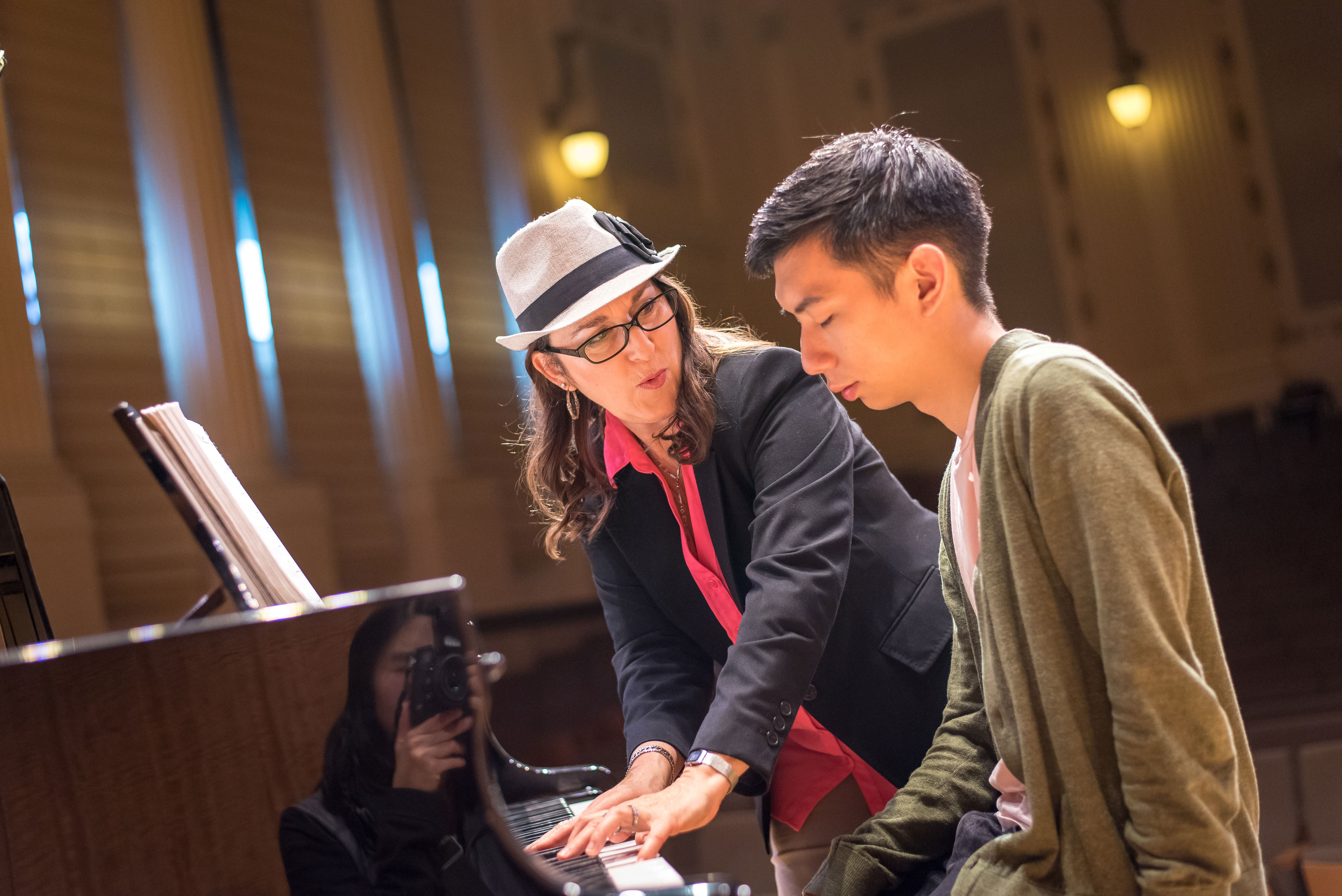 “This music is rooted in traditions of movement, and even when we formalize it in a conservatory setting, it's important to honor that foundation,” Mauleón (pictured above) said. “We want attendees to feel compelled to dance, to sway, or bob their heads, tap their feet, snap their fingers, sing along, anything to help facilitate a joyful experience!”

“We’re going to play a traditional swing tune, probably have a Duke Ellington composition, some of the more famous Count Basie songs, a slow ballad that people can dance to,” Hainsworth (pictured below) added of the performance’s program.

Big-band jazz hit its commercial peak in the 1930s and ‘40s but was impacted by World War II and the Great Depression (and less-obvious causes like the musicians’ strike from 1942-1944). As it became financially impractical to hold a 20-plus-piece orchestra together, the size of the average jazz ensemble shrank drastically, and musicians, playing more to themselves than for a wide audience, ratcheted up the difficulty of their tunes to create bebop. But with the increasingly complex nature of its melody, harmony, and rhythms, the music became less about dancing and more about studious listening. 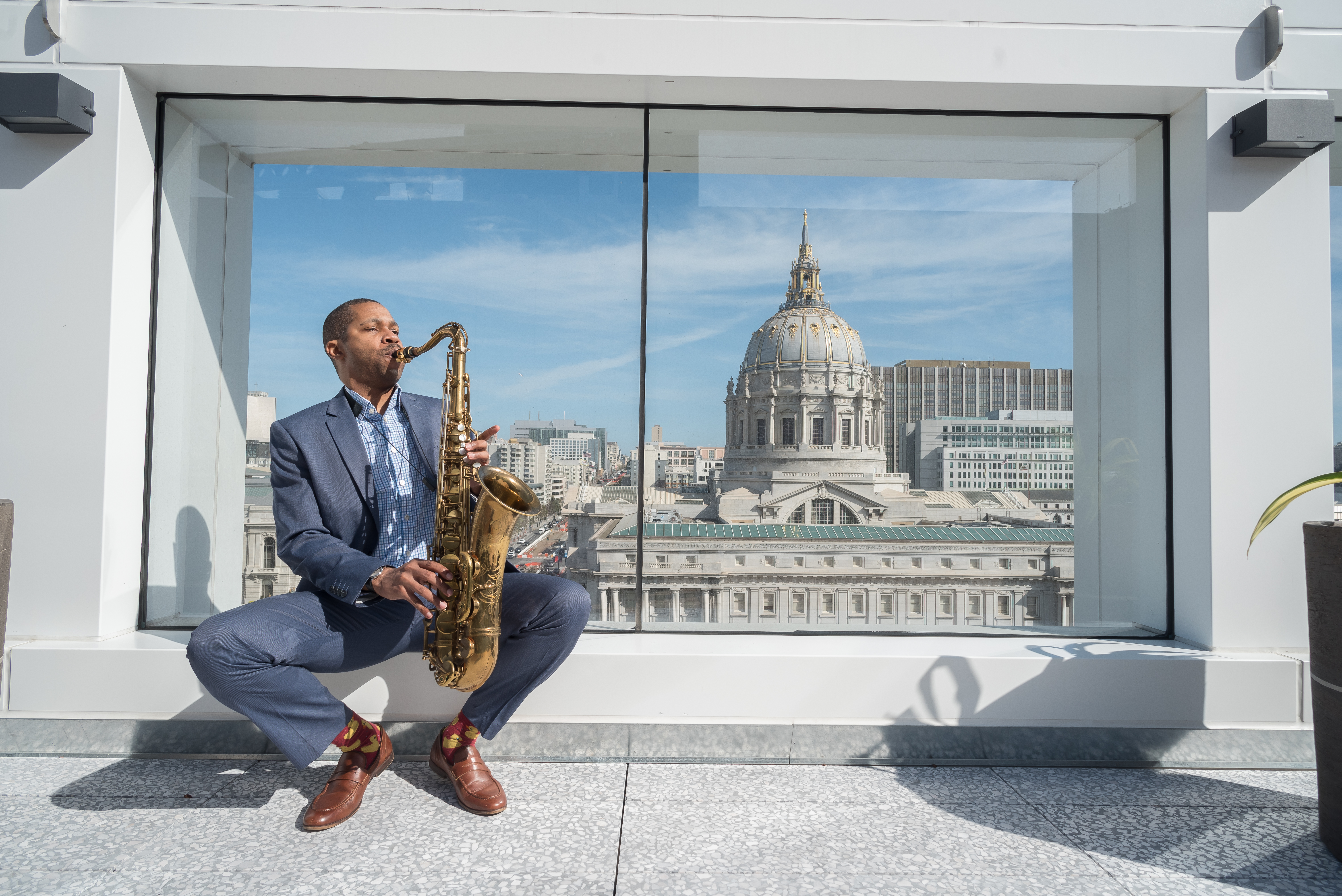 That said, it was one of the architects of bebop, legendary trumpeter Dizzy Gillespie, who created one of the best-known ensembles that fused Latin and jazz (as heard in one of his biggest hits, “Manteca”). “I don’t know if there was another band as influential as that one,” Hainsworth said; Gillespie’s championing of Latin musicians like Chano Pozo is a spirit of education and collaboration that lives on in the RJAM faculty’s approach.

“Often we make assumptions about a musical genre without digging deeper, and that usually stems from a general lack of understanding,” Mauleón said. “The term ‘Latin’ is problematic for many reasons, so my goal is to demystify and clarify the cultural and historical underpinnings of the music from the get-go. We dig into these origins while acknowledging the ongoing, cross-cultural evolution of all musical traditions, and try to stay away from labels whenever possible.” 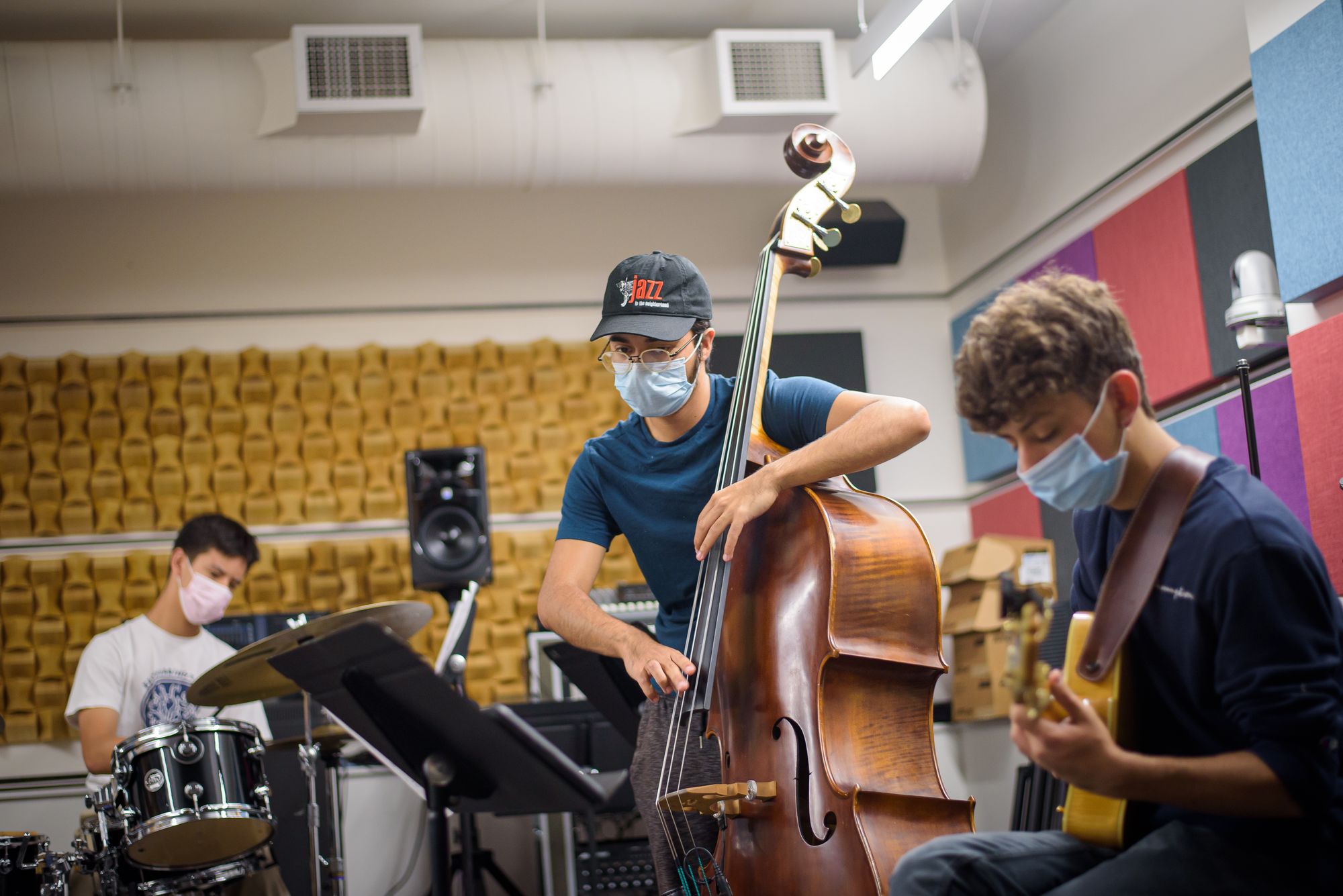 “We’re trying to get the point across the entire Conservatory that our similarities in music are stronger than our differences are,” Hainsworth added, while RJAM assistant director Amelie-Anna Hinman stressed, “The Big Band is comprised of jazz students, but also classical and TAC students, and the Latin ensemble is the same. This is not an RJAM concert, this is an SFCM concert.”

Attendees are asked to reserve tickets for the Dance Party, Saturday evening at 7:30 in the Barbro Osher Recital Hall at SFCM’s state-of-the-art Bowes Center. Learn more about studying Roots, Jazz and American Music at SFCM here.