The acclaimed tenor shares how singers can, “Stay in the sound.” 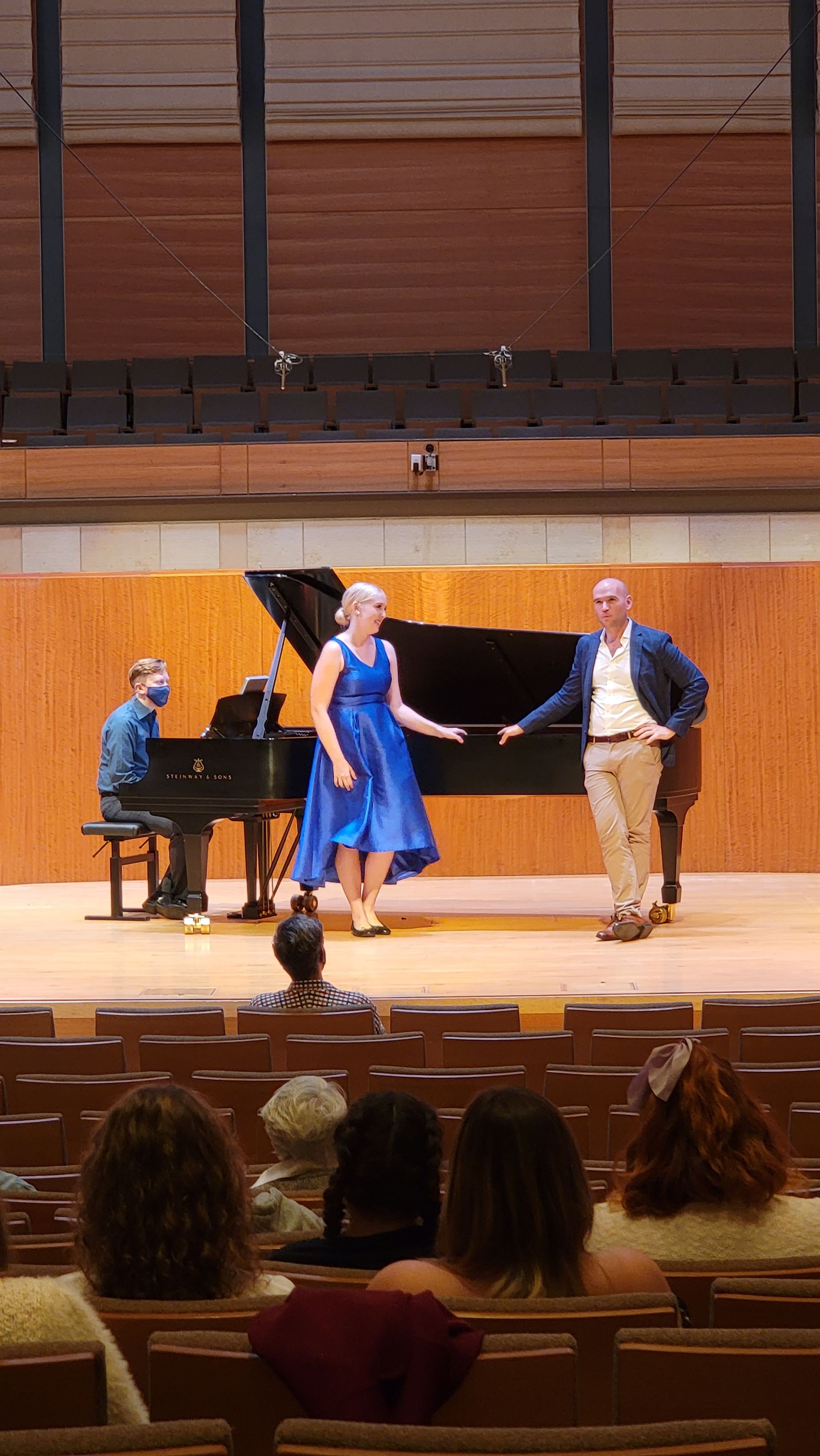 Fresh off his powerful turn as Mario Cavaradossi in Tosca at San Francisco Opera, Michael Fabiano taught a masterclass for SFCM singers.

Fabiano, a recipient of the 2014 Beverly Sills Artist Award and the 2014 Richard Tucker Award, (the first singer to win both awards in the same year) is considered one of the greatest tenors in the world today. In addition to Cavaradossi, his performances during the 2021/22 season include Rodolfo in La Bohème at the Teatro Real, and Don José in Carmen at Le Théâtre Royal de la Monnaie, with the Orchestre Philharmonique du Luxembourg, and at Washington National Opera, as well as Lensky in Eugene Onegin at the Teatro San Carlo di Napoli, and the title role in Les Contes d’Hoffmann at ABAO-OLBE Bilbao Opera.

Below are a few pieces of Fabiano’s words of wisdom to young singers at the Conservatory. You can see the full masterclass below.

Watch the full master class below or on SFCM’s YouTube channel.