George Bizet wrote 'Le Docteur Miracle' for a competition when he was just 18 years old.

A double-serving of French operetta put on by SFCM's Opera and Musical Theatre department this month provided "classic examples" of the form—and a mini-reunion for two of its performers.

In the second half of the evening, with Le docteur Miracle, "we can already hear the genius of the composer of Carmen in an 18-year-old Georges Bizet," Pajer continued. Bizet wrote and submitted the opérette, on an existing libretto, when he was just 18 years old for a competition put on by Jacques Offenbach. Bizet won—and saw his work performed 11 times at Offenbach's Paris theater as a result—but he shared first prize with Charles Lecocq. (Lecocq's version of Le docteur Miracle has been largely forgotten.)

For mezzo-soprano Stella Hannock, studying with Susanne Mentzer, playing the role of Véronique was something of a change of pace: "I've not generally gravitated towards comedy before, and I think that's part of why [Opera and Musical Theatre Chair] Heather [Mathews] and Curt thought it would be great for me to be in this. Curt said to me, 'I feel like you've done so many serious roles; by the time you've finished your master's, I want you to have done some more comedic things.'" 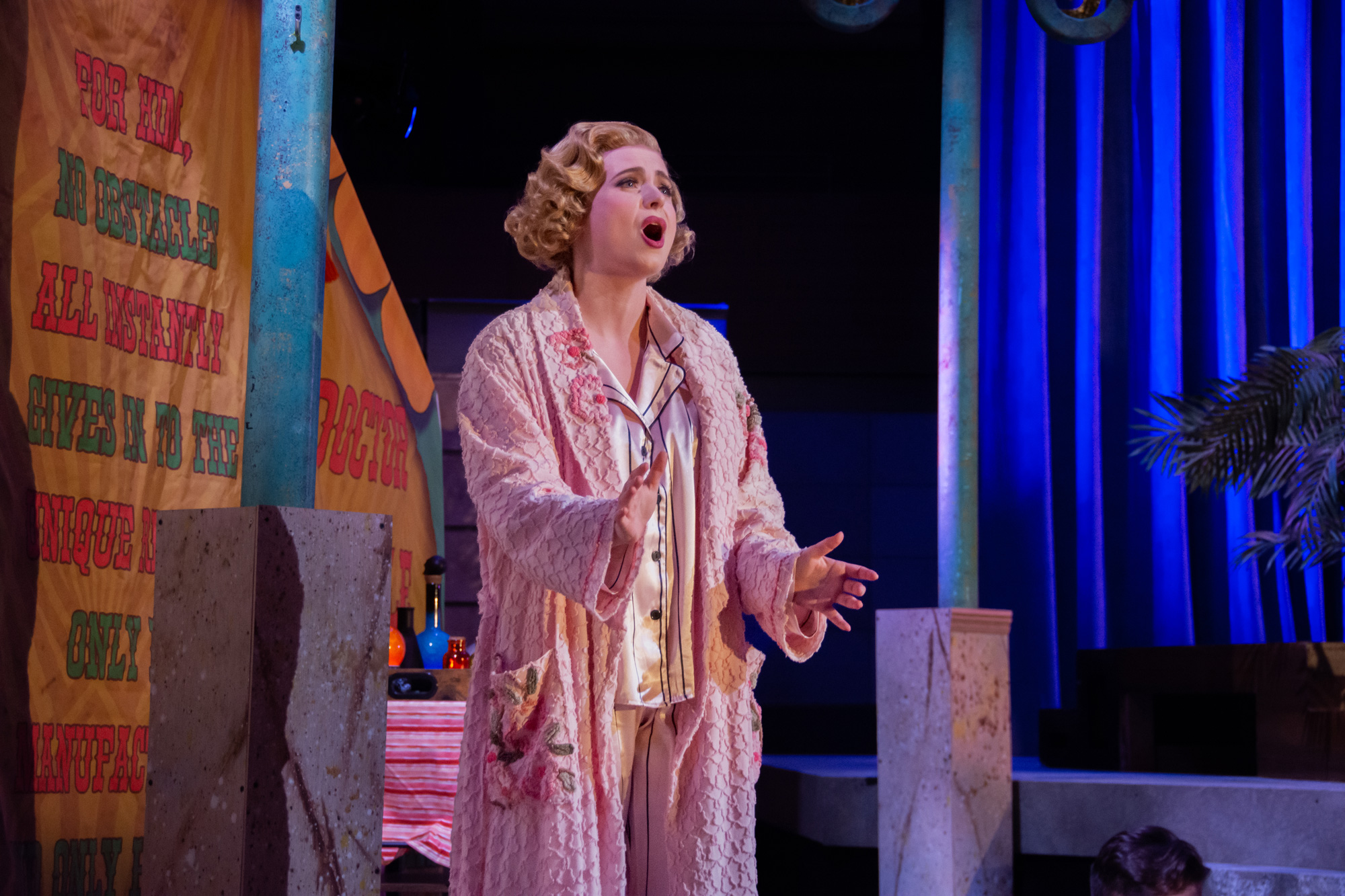 The Bizet music "sits relatively high for the mezzo voice," Hannock continued. "It's nothing stratospheric, but it's just kind of in a tricky spot, and Susanne [Mentzer] has all these little tricks—'Think of this vowel while you're doing this high note and that'll help it have more core in the sound'—that help with that."

Nathan Byron, who played three roles over the course of the evening—Silvio as himself and in his two disguises as the titular doctor and the servant Pasquin—said he enjoyed Le docteur miracle for its small cast: "We all really get to play off each other in a way that would lose some of its nuance with a larger ensemble." 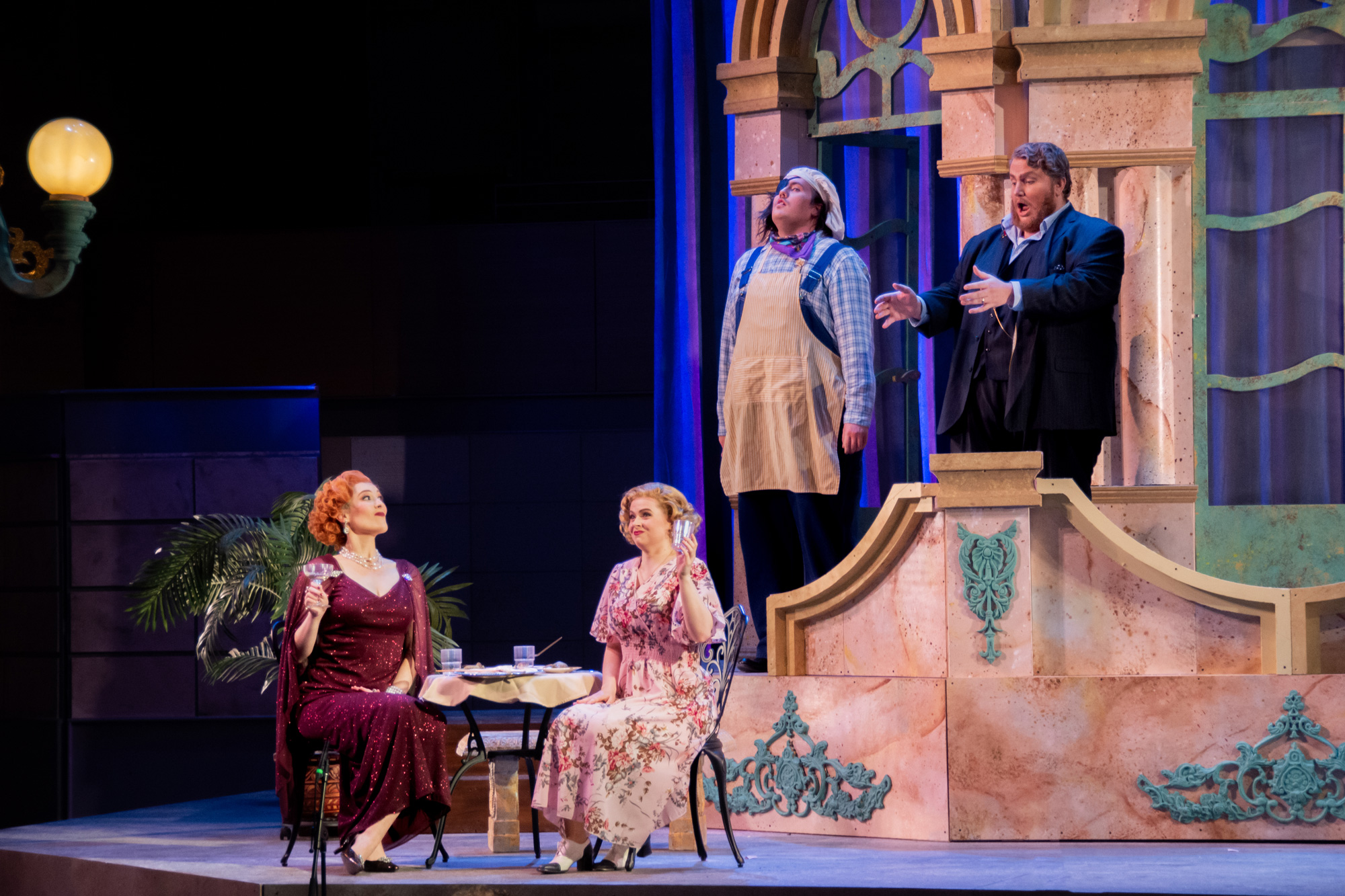 Byron and Hannock have the added bonus of having done their undergrad together in Australia—and several performances—and Byron adds that another voice in the opera, Samuel Downes, who is from New Zealand, "is close enough to home for us that he counts … it keeps you grounded."

Learn more about studying voice or opera and musical theatre at SFCM.