Opera and film join forces like never before when Opus 3 Artist James Darrah directs this classic Mozart opera at SFCM.

The first performance of La Clemenza di Tito premiered in the late 1700s, with innumerable stagings since then, but there has never been one quite like this. Los Angeles-based director and creative producer James Darrah’s production of the work for SFCM filters the opera through a cinematic Hollywood lens by integrating film and media, “We have live cameras on stage that help us build a unique world, but avoid just being a live broadcast. Film and cinema are a character in the piece themselves,” Darrah said of the performance.

For several months, Darrah, co-director Raviv Ullman, Chair of SFCM Opera and Musical Theatre Heather Mathews and the production team have been brainstorming ways to transform the Caroline H. Hume Concert Hall and bring the opera to life. The end result includes cameras, film, and projection technology that many may have never seen used in opera. “I've always been interested in merging theater, opera, and film together and spent a lot of time over the last two years crafting projects that push opera further into cinematic and digital realms,” Darrah added.

Written by Wolfgang Amadeus Mozart, La Clemenza di Tito is often called one of his greatest masterpieces, telling a story of power and empire, morality and jealousy. In the opera, the new emperor of Rome, Tito, is much loved by the Roman people, with the notable exception of Vitellia, the daughter of the previous emperor. Reimagining such a classic and historical piece has been an exciting challenge for Darrah, “It has been a rewarding process with a great group of young talent examining how a Mozart opera, especially this piece that straddles fiction and reality constantly, is brought to life today and illuminated in new ways.” 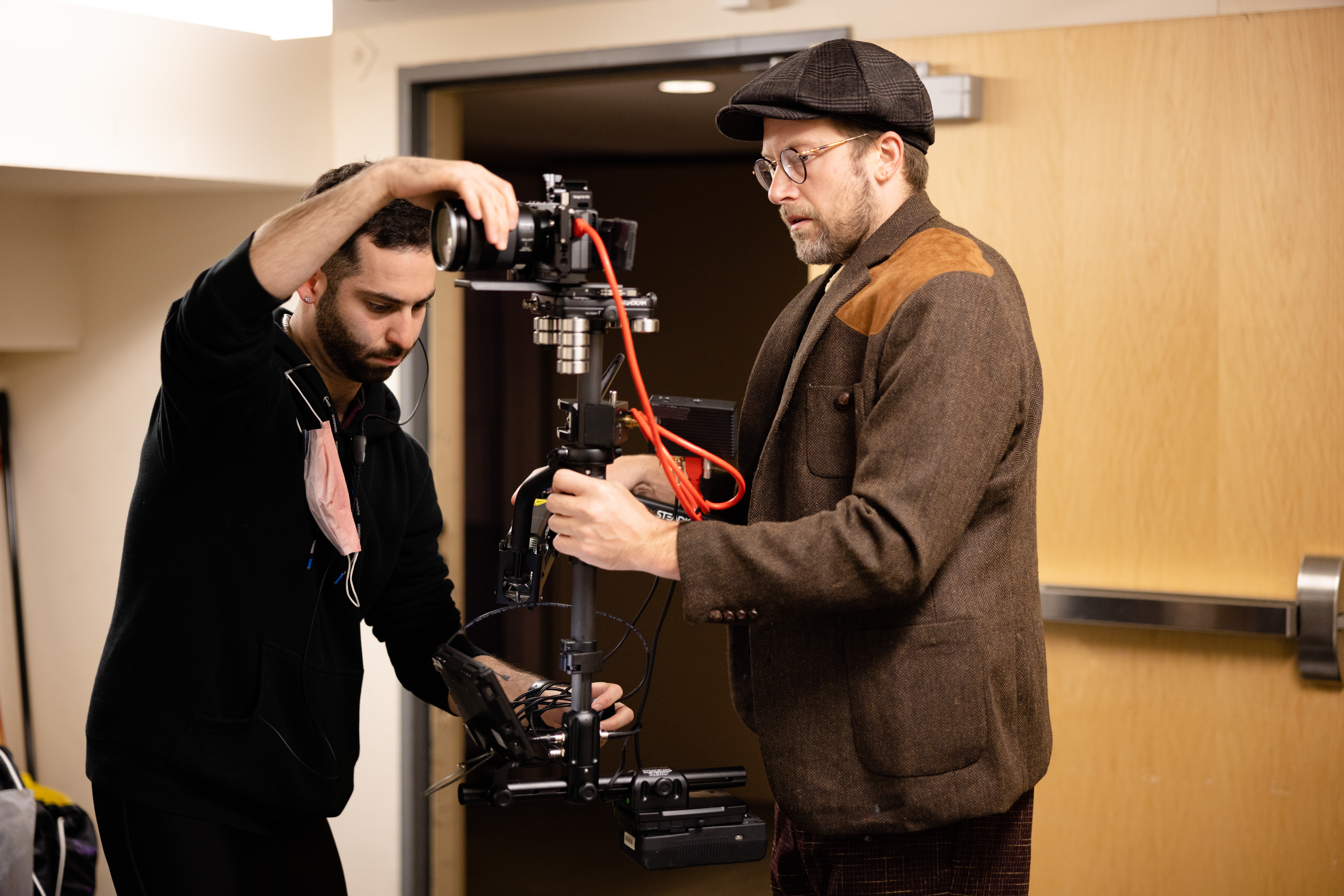 Darrah is an Opus 3 Artist, the artist management company acquired by SFCM in 2020. Mathews was instrumental in bringing him to SFCM for this unique production, “James is a visionary director,” she said. “He recognizes the close relationship opera has with film and understands how to honor not only the music but what 21st-century audiences respond to.” And, she adds, the interdisciplinary approach is a valuable one, “James and Raviv Ullman are giving the students tools for working in the two mediums. Watching the students in rehearsal, it is clear they connect with what is being asked of them and how one approach benefits the other.”

Darrah hopes the opera world opens up to trying new things moving forward, not just by bringing in media and film, but by welcoming new musicians, pop stars and other diverse voices from outside the traditional classical world. “I think the future of the form still will involve live performance, but all of opera should continue to merge digital and cinematic tools into the art form,” he said.

For the next generation of opera singers, Darrah hopes they continue to push the envelope in the opera world, realizing that even a centuries-old art form like opera has the power to continue to evolve, “I want all of the students to go out into the professional world ready to be a part of that innovation.” 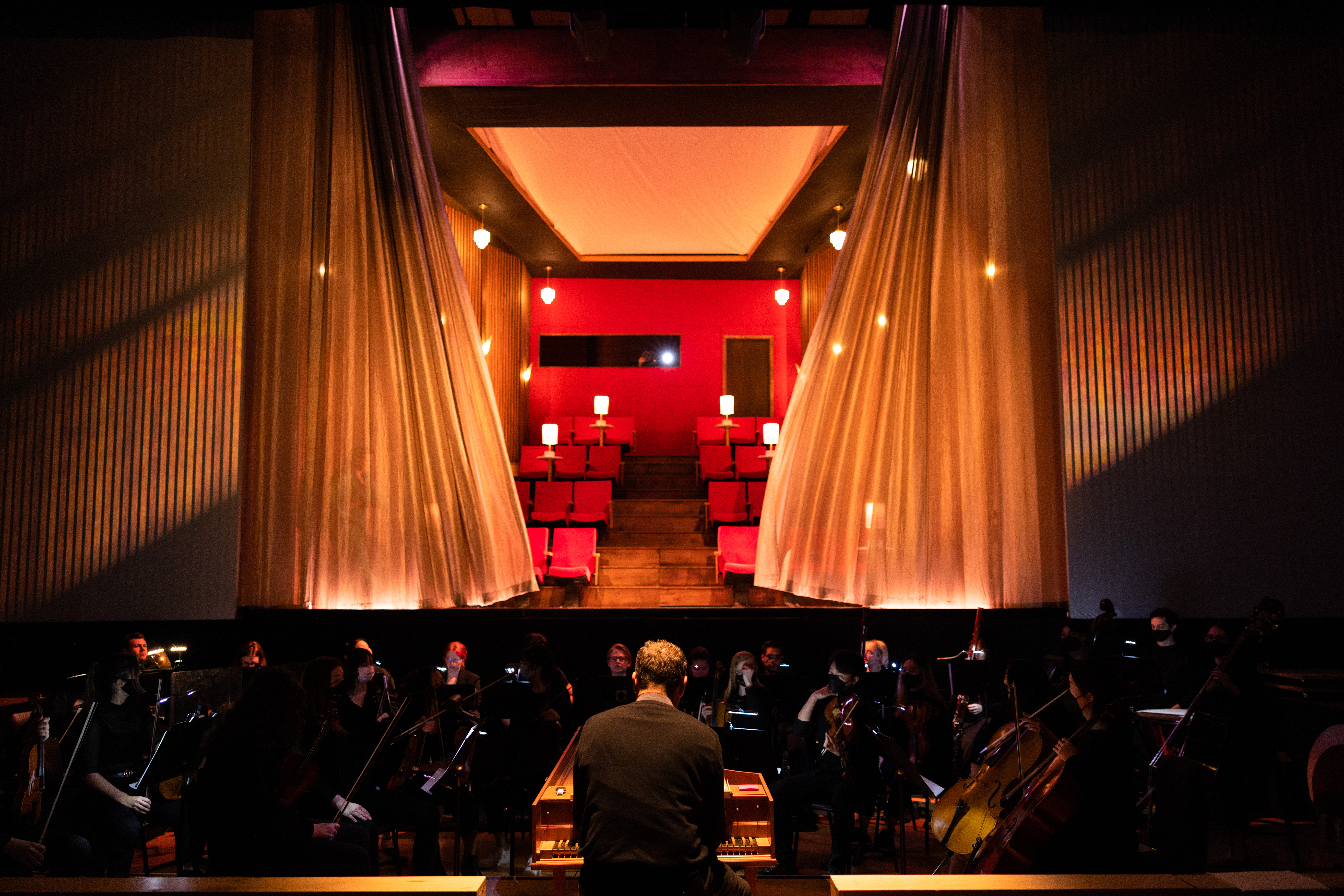 You can catch La Clemenza Di Tito on Friday, March 11th and Sunday, March 13th inside the Caroline H. Hume Concert Hall at the Ann Getty Center for Education. Guests are asked to RSVP for this free event.
Learn about studying Opera and Musical Theatre at SFCM.