For SFCM’s Technology and Applied Composition (TAC) students, the post-graduation job market presents opportunities uncommon in the music world. While many musicians consider positions at orchestras, opera companies, conservatories and colleges, with chamber groups, and as freelance artists, TAC students often find themselves in the tech sector, and the prevalence of offered placements is, frankly, astounding. Companies like Facebook, Sony, Oculus, sE Electronics, Dolby, and other top-tier technology companies are seeing the talent coming from the program and are offering a direct path to the industry right from school. 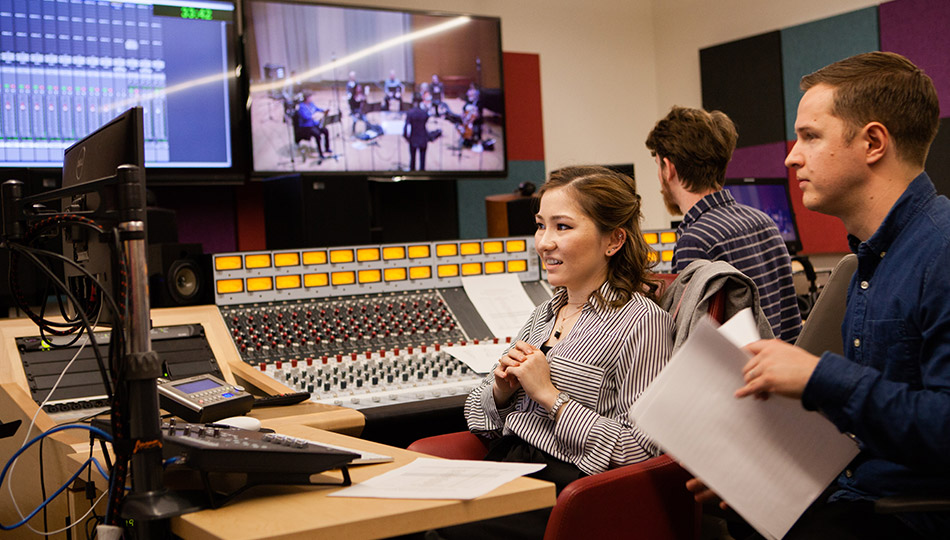 For such a young program—TAC’s first undergraduate class will graduate this spring—that might seem surprising. But at second glance, it makes sense: TAC students have access to the tech world in ways that other programs don’t, by way of both faculty connections and location. With companies like Sony Playstation and Skywalker Sound just a short drive away, TAC welcomes artists working for some of the most forward-thinking and visible companies today.

And while one might expect students to enter the workforce after graduation, TAC students are regularly finding themselves getting work and internships before their cap-and-gown ceremony. Last summer, Seira McCarthy ’20 worked as a production assistant for the music team at Sony Playstation and was also an intern at the Women’s Audio Mission. She’s currently on the technology strategy team at Dolby Laboratories, helping conduct audio/visual experiments.

“Through my years of being in TAC, I feel that all the knowledge I have acquired has helped me really realize what I aspire to do and become professionally after school,” she says. “My experiences engineering at the Conservatory have taught me a lot and have made me both technically and artistically stronger as an engineer. This gave me the courage to work confidently and actively at companies such as Sony Playstation and Dolby.” 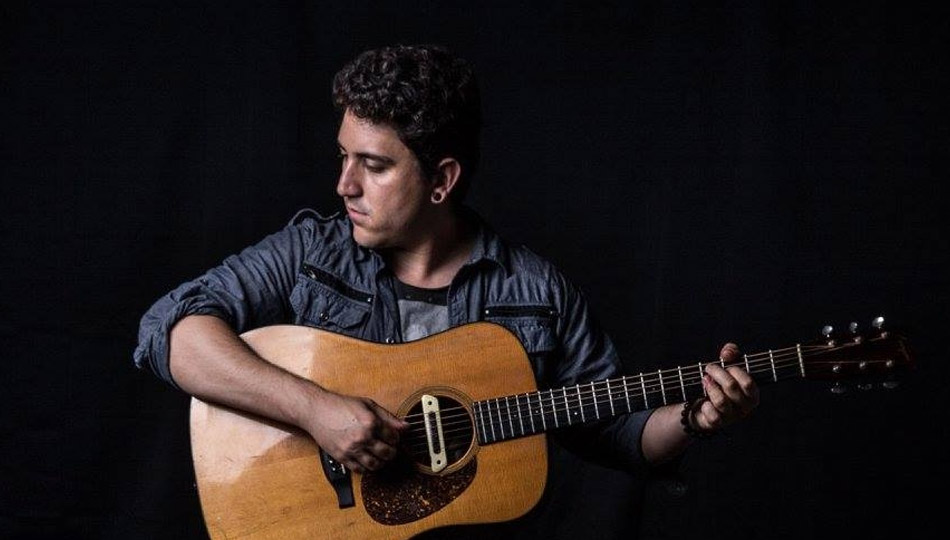 Andrew Levin ’18, a graduate of TAC’s one-year Professional Studies Diploma (PSD) program, works at Ubisoft as a note tracker for the game Rocksmith. Levin was prepped while in TAC for the duties that he would find himself performing at the company, including implementing MIDI, transcribing, arranging, and running sound operations.

“The TAC program was huge in helping me transition from primarily earning a living as a live performer and educator to making music and producing content for media and albums,” says Levin. “My work has changed from being almost entirely live focused to being a good mix of live and studio projects. In addition, the other students and faculty have been great contacts, great at keeping people connected.”

The game industry is certainly one that has captured the attention of the program. San Francisco, being a hotbed of activity for game companies, is perhaps the most welcoming environment for game development. Alexandra Heselton ’17, another PSD graduate, works in the audio department at Maxis Studios. She has worked extensively on the Sims 4, doing sound design and incorporating dialogue. (Sadly, she does not provide the “Simlish” speaking parts.) 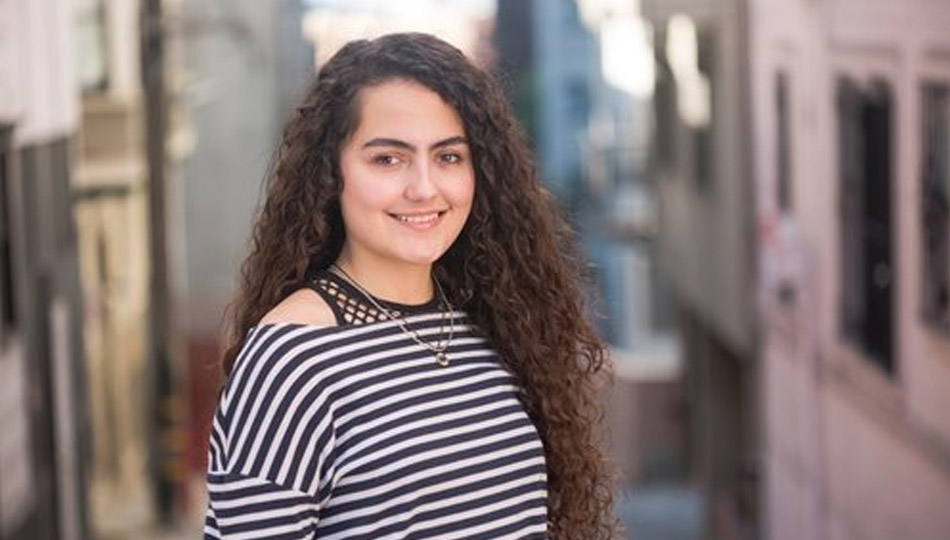 “We cover all elements of audio from engineering recording sessions to editing and mixing to implementation and game audio design, sound design, and even a little coding,” says Heselton. “TAC helped me in my professional goals as I see the program more of an industry-wise internship than a graduate program. I felt like I already had a year’s professional experience when I went out as a fresh graduate into the job market, and the ease of my transition has really helped me to stand out among my peers.”

The TAC program isn’t just giving students an “in” to this specialized and continually burgeoning industry, either—it’s giving them the tools to create and develop their own voice in the marketplace. Eliza Carrington ’19 is currently completing a TAC PSD (after last year graduating with her bachelor’s degree in guitar). Through uploading regular videos on social media featuring her own performances, she’s built a following of approximately 20,000 people online, catching the eyes of several brands and classical guitar-related companies that she’s done work for.

“The presence of TAC at SFCM was extremely helpful when I was pursuing an undergraduate degree,” she says. “I studied in the classical guitar program when TAC first began, and I wanted to learn how to produce my original pop songs. I took classes such as Logic Pro X, Ableton, and Intro to Recording so that I could learn to record and produce music myself. 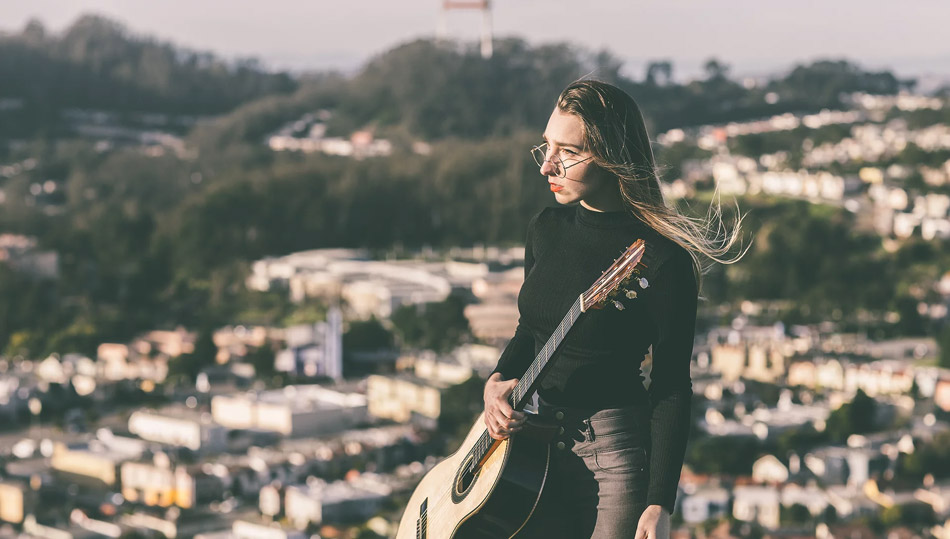 Carrington has taken advantage of TAC’s many collaborative opportunities, too, even on an international level. She performed original songs during the Shanghai Electronic Music Week, making music alongside other TAC students and finding an audience on another continent.

With TAC’s rapid and highly visible growth since it began in 2015, the international attention given to the program will surely build in tandem. As TAC acquires additional space in the coming Bowes Center, the opportunities for these students to hone their craft and art, achieve their goals, and find job placements will be plentiful indeed.