Kohno changed guitar history in the mid-20th century by building quality Spanish-style guitars at prices and in quantities that gave Spain a run for it’s money. At his best, Kohno built guitars that won major international prizes and were coveted by the top guitarists of the period. Among them, Julian Bream. Although Segovia introduced the classical guitar to Japan in the late 1920s, it wasn’t until the 60s that demand in Japan for Torres-style classical guitars made it possible for someone like Masaru Kohno to give the growing Japanese market a guitar with slight modifications to Madrid’s larger Segovia-sized guitars—such as smaller necks for smaller hands.

Kohno began his luthier’s conquest of Japan after spending months in Madrid observing Arcangel Fernandez in his studio in the early 1960s. Arcangel was the great pupil of Marcelo Barbero and he welcomed Kohno as a friend and student. The favor was returned to Arcangel, indirectly, when a Japanese dealer in guitars bought out his lifetime supply of guitars.

This 1976 Kohno is Model No. 30, the middle member of Kohno’s line of top concert guitars (15/30/50) that bear his name and signature. The scale is 650 and the bases are strong with clear, lyrical trebles. It was purchased in a retail guitar shop with no accompanying information on its history. It appears to have been refinished as the condition is As New while the faded label reveals the guitar’s 40 years of age. 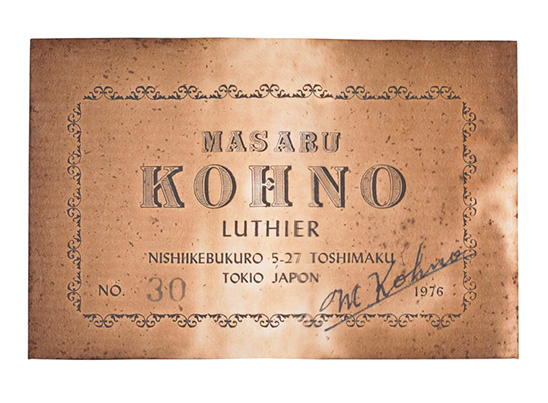 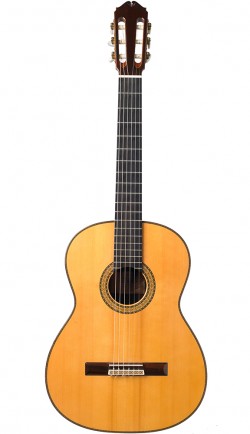