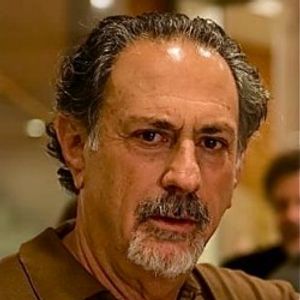 Born in Los Angeles, California in 1947, L. John Harris fell in love with the classical guitar as a young teen. He studied with the beloved Los Angeles teacher, the Spaniard, Manuel Sanguesa.

In grade school Harris had known and admired the young guitar prodigy, Michael Lorimer, one of Segovia’s top protégés, but had no illusions about a professional career with the guitar. Instead, Harris set his sights on his other art interests—painting and writing– all the while maintaining his connection to the classical guitar. His “public” performances were limited to dinner parties and an occasional wedding.

After studying art and creative writing at the University of California at Berkeley from 1965-1969, Harris worked part time at Paragon Music, Berkeley’s only classical guitar store, where he fell in love with the wonderful guitars on display. He started up lessons again with the shop’s owner, Michael Stanis.

While working at a variety of part time jobs after college in some of Berkeley’s infamous food businesses, Harris wrote The Book of Garlic (1974), which launched him as an authority on the “stinking rose,” a term he coined in his book. Then, in the 1980s, Harris launched Aris Books, a specialty cookbook publishing company, and in 1988 he began a cartoon by-line–“Foodoodles”–in several Bay Area food magazines.

His cartoon memoir– Foodoodles: From the Museum of Culinary History (El Leon Literary Arts, 2010)–celebrates and skewers California food culture with over 90 drawings and accompanying texts (www.foodoodles.com). Foodoodles won the BAIPA (Bay Area Independent Publishers Association) award in 2011 for “Best Graphic Memoir.” His most recent book, Café French: A Flaneur’s Guide to the History, Lore and Food of the Paris Café (2019) won first prize at the Paris Book Festival in the category, Travel books.

After selling his publishing company, Harris began making documentary films. He wrote and co-produced Divine Food: 100 Years in the Kosher Delicatessen Trade in 1998 and, then, wrote and co-directed the Emmy-nominated PBS special, Los Romeros: The Royal Family of the Guitar, released nationally in 2001. His relationship to the Romero clan helped Harris expand his guitar collection and launch a series of events at the San Francisco Conservatory of Music, with the additional support of the OMNI Foundation for the Performing Arts, called Guitarrada. These events featured students, faculty and guests performing on Harris’ vintage guitars.

After several years of Guitarrada events and the growth of his guitar collection, Harris formed The Harris Guitar Foundation in 2012 to showcase the collection and integrate it into the guitar curriculum at SFCM. Then, in 2019 Harris closed the foundation and donated the entire collection to SFCM. He serves now as the Harris Guitar Collection’s curator overseeing the Collection’s programs with the help of an advisory committee made up of the conservatory’s guitar faculty.