Conductor Lina González-Granados, recently named a Chicago Symphony Solti Apprentice in addition to Fellowship posts with the Philadelphia Orchestra and Seattle Symphony, leads a nature-inspired program of Mendelssohn’s Hebrides Overture, named for the archipelago off the coast of Scotland; and Beethoven’s Symphony No. 6, Pastoral, which was inspired by his walks in the countryside. Between those works is Spanish composer Joaquín Rodrigo’s Concierto de Aranjuez, featuring SFCM alumnus Alec Holcomb '19, winner of the SFCM 2019 Guitar Concerto Competition, first place in the BorGuitar Festival in Italy (2016), and winner of the 2017 Guitar Foundation of America International Competition. Maestra González-Granados will give introductory remarks in both English and Spanish. 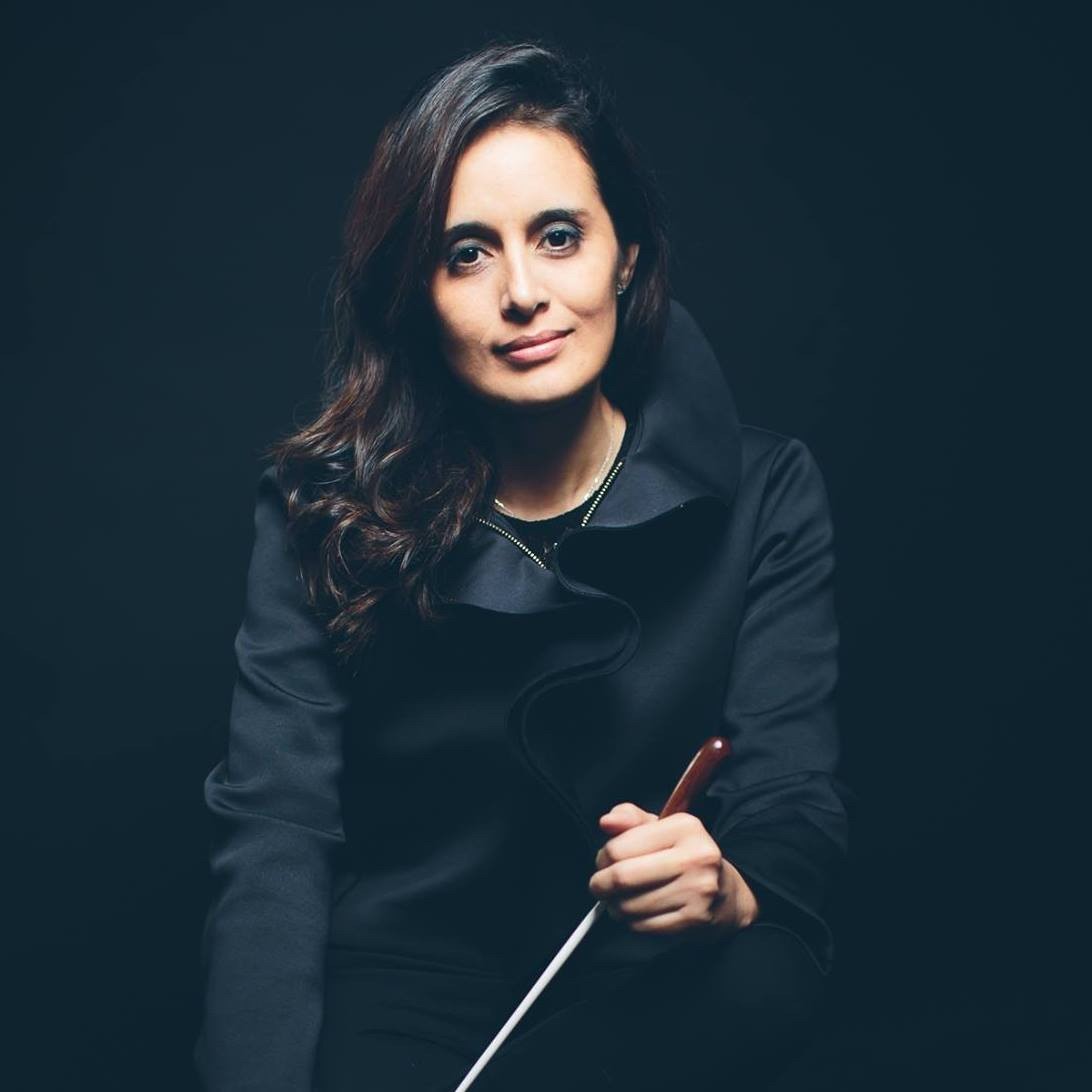 Praised for her "attention to orchestral colors" (OperaWire) and the ability to create "lightning changes in tempo, meter and effect" (Boston Musical Intelligencer), Lina González-Granados has firmly established herself locally and abroad as a talented conductor of opera, classical, and contemporary music. Starting in the fall of 2019, she will begin her new appointments as Conducting Fellow of the Philadelphia Orchestra and Seattle Symphony. Lina is also the 2017-19 Taki Concordia Fellow, a position created by Maestro Marin Alsop to foster the entrepreneurship and talent of female conductors.

Recent guest appearances have included the Tulsa Opera, where Lina made history by being the first Latina conductor to lead a major production in a U.S. Opera House, as well as the Orquesta Sinfónica Nacional de Colombia, and the Filarmónica de Medellin. She has been the Assistant Conductor for the Chicago Symphony at the Ravinia Festival, London Philharmonic, Carnegie Hall's National Youth Orchestra of the United States, Orchestra of the Americas, and has worked as cover conductor of the Nashville Symphony, working with artists such as Yefim Bronfman, Pinchas Zukerman, and Giancarlo Guerrero, among others.

In 2019 Lina was named one of five finalists selected for the 2019 Sir Georg Solti International Conducting Competition in Chicago. She was also selected for the 2019 Tanglewood Conducting Seminar, working with Maestro Stefan Asbury. Lina has attended the Lucerne Festival Masterclass with Maestro Bernard Haitink and the Cabrillo Festival of Contemporary Music with Marin Alsop and James Ross. She participated in the Linda and Mitch Hart Institute for Conductors at the Dallas Opera, making her the first Hispanic conductor selected for that role.

Lina is a staunch proponent of the music of Latin American composers, work that earned her recognition as one of the "Latino 30 Under 30" by El Mundo Newspaper in 2016. In 2014, she founded the Unitas Ensemble, a Boston-based chamber orchestra specializing in Latin American music. Her work with the Unitas Ensemble has yielded multiple World, North-American, and American premieres, as well as the creation and release of the Unitas Ensemble album “Estaciones”, recorded alongside the Latin Grammywinning Cuarteto Latinoamericano. Born and raised in Cali, Colombia, Lina made her conducting debut in 2008 with the Youth Orchestra of Bellas Artes in Cali. She earned her Master’s Degree in Conducting and a Graduate Diploma in Choral Conducting from the New England Conservatory, and is pursuing her Doctoral degree in Orchestral Conducting at Boston University. Her principal mentors include Bernard Haitink, Bramwell Tovey, Stefan Asbury, and Marin Alsop.