Aquila Theatre will perform a reimagined stage performance of “The Great Gatsby” at SFCM with music composed by students on February 11th.

You’re invited to an infamous Gatsby party like you’ve never seen before. Adapted from novel to stage play, the great American tale about millionaire Jay Gatsby and his obsession with his former love Daisy Buchanan against a roaring 20’s backdrop will come to the SFCM stage on February 11th. While the story may stay the same, the performance is reimagined and presented through a racially and ethnically diverse perspective. It was written by Aquila Theatre Artistic Director Desiree Sanchez and pays homage to some of the greatest innovators of jazz. 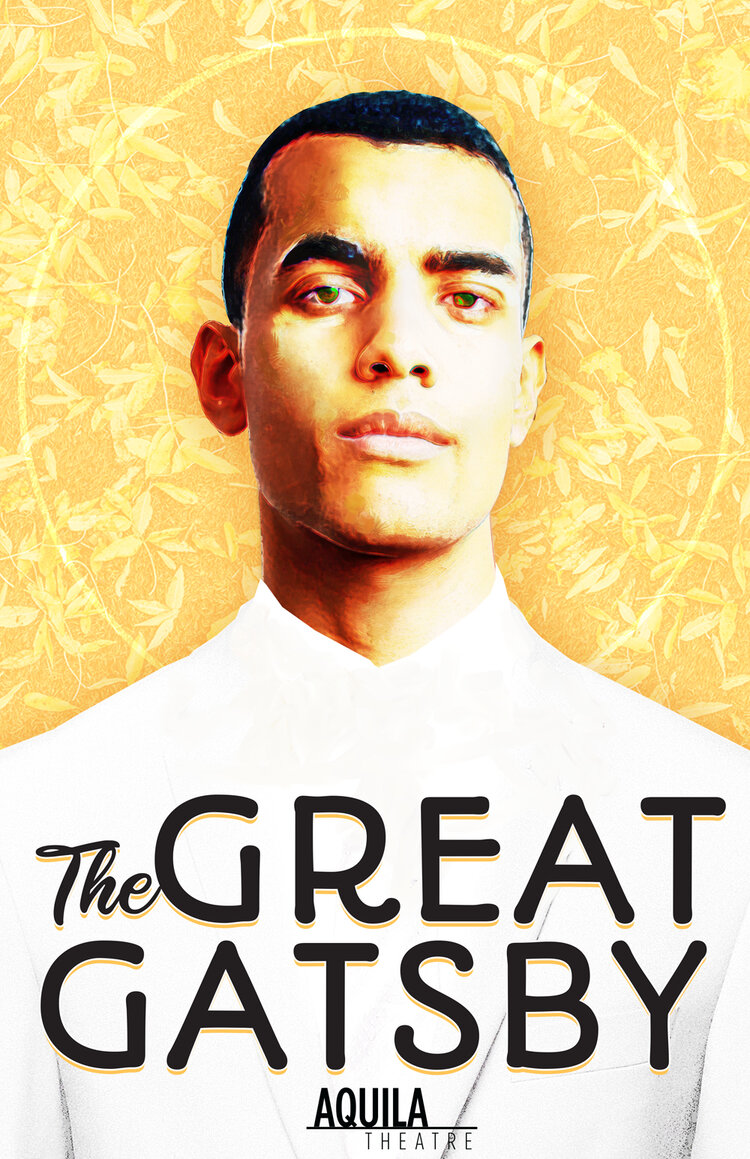 The new adaptation also features music composed by students from the Technology and Applied Composition (TAC) program and recorded by those studying Chamber Music and Roots, Jazz, and American Music (RJAM). “The whole TAC team has put in a lot of work to create some really cool and unique music to pair with a fresh perspective on a classic story,” said Finn Roy, a current SFCM student who helped create the music for the narrative of the story. “I scored to the mood of the scene, keeping in mind the pacing of any dialogue and where the mood needed to be going in the next scene,” Roy added. Writing music for a stage play was a first for many in the new collaboration that was originally announced back in 2021. “Writing music to compliment the performance of the actors without taking too much attention away from them is an important and challenging line to walk,” Roy said.

Artistic director Sanchez provided reference tracks to students and told them her inspiration, then told students to follow their musical instincts. For TAC student Chloe Donavan, this provided a chance to try new things, “Something Desiree (Sanchez) was very passionate about was finding ways to blend contemporary, experimental styles with the musical style of the time period. I did my best to match her vision through adding my own sounds and ideas,” Donavan said.

It’s been almost a century since F. Scott Fitzgerald published “The Great Gatsby,” but the themes of class, wealth, and race in the story, are arguably just as topical today as they were then. That was part of the inspiration behind creator and director Sanchez at Aquila Theatre, “I really enjoyed working with the students. They all came at it with their own take and really listened to the needs of the piece and the performers,” Sanchez said. Aquila Theatre is represented by the leading management company Opus 3 Artists, which was acquired by SFCM in late 2020.

Students composed and created multiple scenes for the production, at times inspiring new ideas and scene nuances, “I found their individual takes inspiring and have begun to envision a potential concert version of the play. It’s always wonderful when inspiration for other art mediums can be provoked by music,” Sanchez continued, “These students have quite a lot of talent and skill.”

In addition to the performance, Aquila Theatre members gave a series of workshops and rehearsals for students. All experiences that students like Roy call invaluable, “It has been a great opportunity to explore an interesting compositional medium that incorporates theatrics and a live performance.”

It also gave students the opportunity to flex creative muscles in new and unimagined ways, “I really love working with artists in other fields and combining our creative skill sets in order to make something unique and beautiful,” Donavan said.

SFCM and Aquila Theatre’s performance of "The Great Gatsby" is open to the public. Tickets for the February 11th performance can be reserved online.