Story of the Harris Guitar Collection 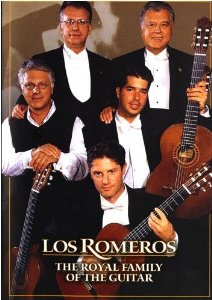 It all began at the first Guitarrada in 2004. A growing Harris guitar collection (15 instruments) was presented in Hellman Hall at the conservatory’s original home on Ortega Street. L. John Harris, a writer, artist and life long guitar student, had started to collect guitars several years earlier after writing and co-producing with PBS a documentary about his guitar heros, the Romeros. The film, Los Romeros: The Royal Family of the Guitar, was nominated for an Emmy in 2001. While working on the film, Harris joined the Romeros at their home in Del Mar, California for informal gatherings to play and discuss various instruments from the family’s extensive collection guitars made by the greatest luthiers in the history of the instrument. Harris heard for the first time the magical sounds of guitars by Hauser, Santos, Esteso, Ramirez and, most importantly, Torres, the 19th century Stradivarius of the modern classical guitar.

These family events were called guitarradas, a term coined by Romero patriarch, Celidonio Romero, founder of the Romero Quartet in 1961 with his three prodigy sons, Celin, Angel and Pepe. These spontaneous and informal guitarradas often included visitors to the Romero home-- performers, students, guitar makers, family and friends. 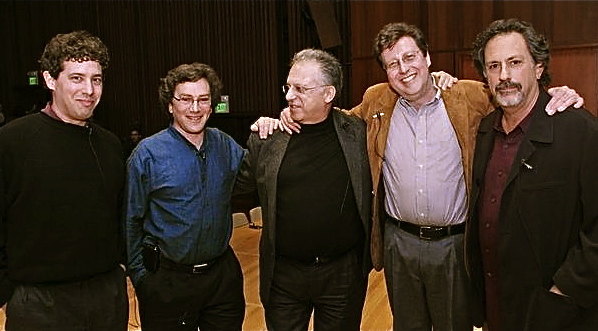 The event was well attended by students, faculty and the public and enthusiastically received. The mix of music and lively discussion of the guitars proved highly entertaining and educational and all involved vowed to do it again the next year.

Fast forward several years and guitarradas. In 2010 Harris proposed to SFCM a permanent involvement between the collection and the guitar department and in 2012 the Harris Guitar Foundation was launched, a 501 c3 charitable foundation in support of the missions of SFCM’s guitar department and the Omni Foundation, a guitar performance series in SF. Not only would guitarradas continue, but a display cabinet for a rotating selection of Harris Guitar Collection instruments would be installed in the conservatory’s new home on Oak Street. 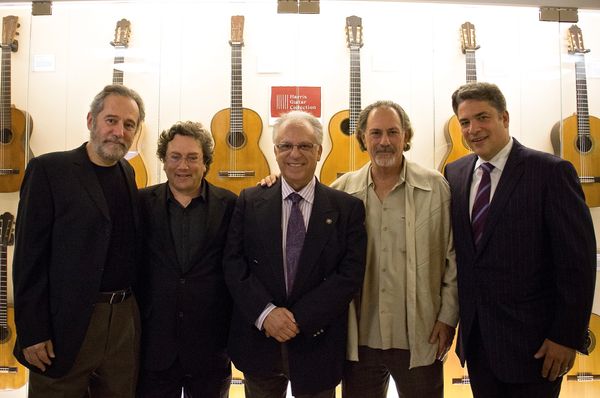 Access to the collection for students and faculty would be available at weekly “Harris guitar sessions.” Recordings on the collection guitars and student research projects would also be sponsored by HGF and guitars made by contemporary guitar makers would be displayed in a special Featured Luthier cabinet alongside the Harris Collection. Visiting luthiers would meet with students to discuss the relationship of their guitars to the historical instruments in the Harris Collection.

Going forward, the collection will be used in a variety of programs that will give guitar students at SFCM a deeper understanding of their instrument and its evolution over the centuries. Greater access to the collection by students and faculty for performance, recording and research will be the reward of this 15 year collaboration between the Harris Guitar Collection and SFCM. 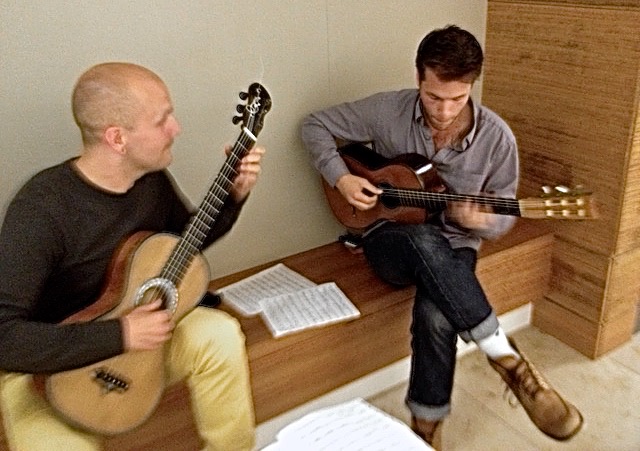 “The gift of this collection to SFCM is the fulfillment of a dream I’ve had since 2004 when SFCM’s first Guitarrada event showcased several guitars from the collection. I’m so pleased now to give these fine instruments a permanent home at SFCM and I look forward to helping shape their new life there as the collection’s curator. This gift is dedicated to my grandfather, Sol Harris who launched a textile business, S. Harris Company, in San Francisco after the 1906 earthquake and fire. It was his success that has made it possible for me to invest in my lifelong passion for the classical guitar. I’m sure that Sol, a classical music lover since his childhood in Poland, would approve of the Harris Guitar Collection’s new home at SFCM.”

“The Harris Guitar Collection will provide an unparalleled resource for exploring repertoire on exceptional period instruments while inspiring the next generation of artists to expand both their understanding and creation of new works for these guitars.” 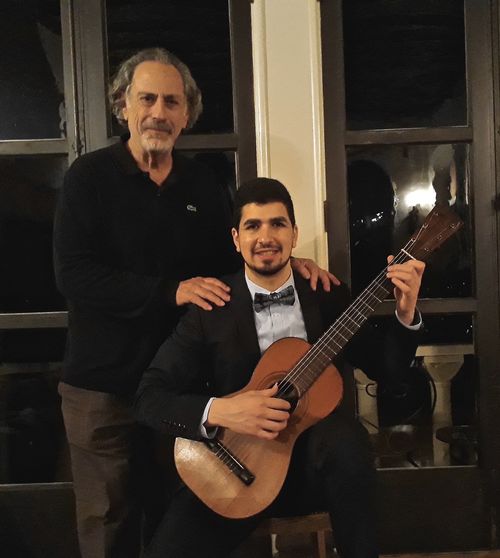 “We are so grateful to receive the full Harris Guitar Collection, a unique celebration of the guitar's heritage, which includes playable, mint condition instruments from two key centuries of classical guitar history. Our students are the real recipients of this tremendous gift, and we are all eager to see our guitar department continue to grow and thrive with this wonderful addition.”